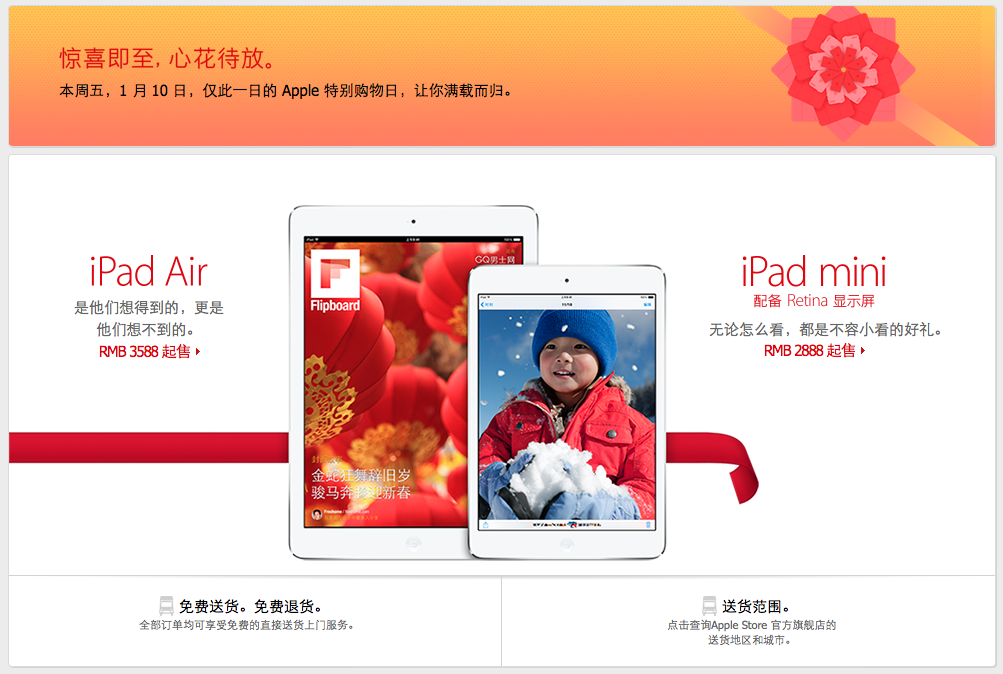 Apple has launched a new online store through Tmall, a Chinese popular e-commerce site Tmall, reports the Wall Street Journal. Tmall, which is owned by the Alibaba Group, is already home to thousands of official retail outlets for other brands, such as Nike. The new storefront will not replace Apple’s own first-party store, but will instead complement it.

Like the store on Apple’s website, the Tmall store will be participating in Apple’s “Red Friday” sales event later this week. Unlike Apple’s eBay store in the United States, the Tmall site sells brand-new products rather than refurbished ones.

The new Chinese online store, paired with the iPhone’s long-awaited arrival on China Mobile, will help push sales in the country even higher, which has been an important goal for Apple in recent months.