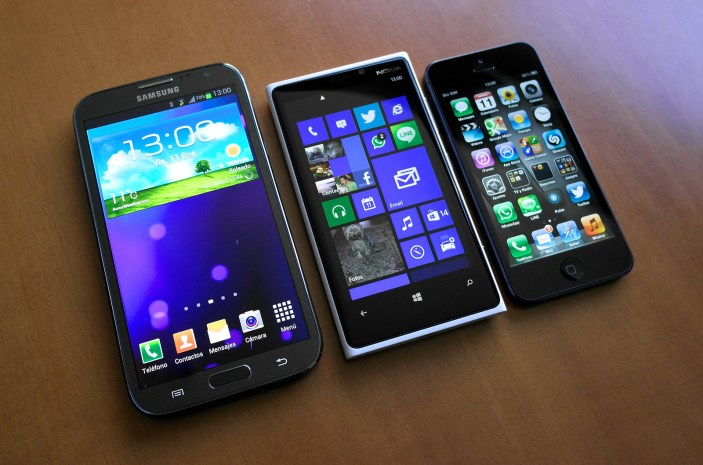 The Wall Street Journal is reporting that Apple is planning to release two distinct iPhone models with larger displays later this year. This corroborates a report from Bloomberg News published late last year, so this is not entirely new information. The first new iPhone is claimed to have a screen between 4.5 and 5-inches while the second model will go beyond 5-inches in size:

The people said Apple plans an iPhone model with a screen larger than 4½ inches measured diagonally, and a second version with a display bigger than 5 inches. Until now, Apple’s largest phone has been the 4-inch display on the iPhone 5.

Both new models are expected to feature metal casings similar to what is used on the current iPhone 5S, with Apple expected to scrap the plastic exterior used in the iPhone 5C, these people said.

The phones, expected in the second half, won’t include a curved display, a feature recently introduced by rivals including Samsung Electronics Co. the people said. They cautioned that Apple’s plans weren’t final and that the company could change course.

Interestingly, today’s report indicates that Apple is planning to scrap the plastic-encased iPhone 5c. It’s unclear when Apple plans to do that. It’s widely known that the iPhone 5s has been outselling the iPhone 5c considerably. Over the past couple of years, Apple has introduced new iPhones in the September-October timeframe, so we’re likely quite far from any official Apple iPhone announcements.