Tim Cook: iPhone 5c popular among first-time iPhone buyers, but not as popular as expected 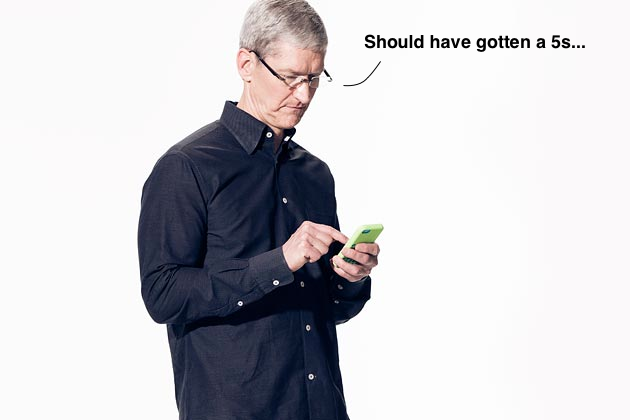 During today’s earnings call, Apple CEO Tim Cook noted that the iPhone 5c was the most popular choice among new iPhone users. However, the colorful new lower-end device did not meet the company’s expectations in sales. Despite the fact that iPhone 5s sales came in above Apple’s target, the iPhone category overall significantly missed analysts’ projected sales mark of 55 million units.

It’s likely that Apple misjudged the low-end smartphone market here, believing that users would jump at the chance for a “new” iPhone at a lower price than usual. Smartphone shoppers don’t seem to be taking the bait, instead opting for the more expensive, more “premium” 5s or going elsewhere. It’s hard to say they’re making the wrong call, considering that the iPhone 5c is actually much closer in specs to the previous generation than it is to the latest model, which seems to be more than worth its $100 premium.

Apple has long been aiming to get iPhones into the hands of more and more customers. The device is available not only on every major U.S. carrier, but many pre-paid providers as well—a critical market in and of itself. However, simply putting the relatively low-cost iPhone 5c on a pre-paid carrier may not be enough to attract a significant number of pre-paid subscribers. The reason? Many pre-paid customers aren’t looking to spend upwards of $500 on a cell phone when much cheaper Android handsets are available.

The iPhone 5c seems like a failed experiment intended to help capture a larger segment of the low-end smartphone market. While it may be attractive for most first-time buyers, the iPhone’s popularity can hardly be attributed solely to this one model. If the 5c disappeared tomorrow, there would certainly be some off-put consumers who would opt for cheaper competing models, but there’s also a large number of users who would just buy a 5s instead.

According to Strategy Analytics, Apple’s absence from the low-end mobile market (and lack of an iPhone with a larger screen) contributed to the company’s stunted mobile growth in 2013:

Apple shipped a record 153.4 million mobile phones worldwide in 2013, up from 135.8 million in 2012. However, Apple’s growth rate moderated from 46 percent in 2012 to just 13 percent during 2013. Apple’s lack of presence in the low-end smartphone segment and the big-screen phablet category are costing the firm sizeable volumes. 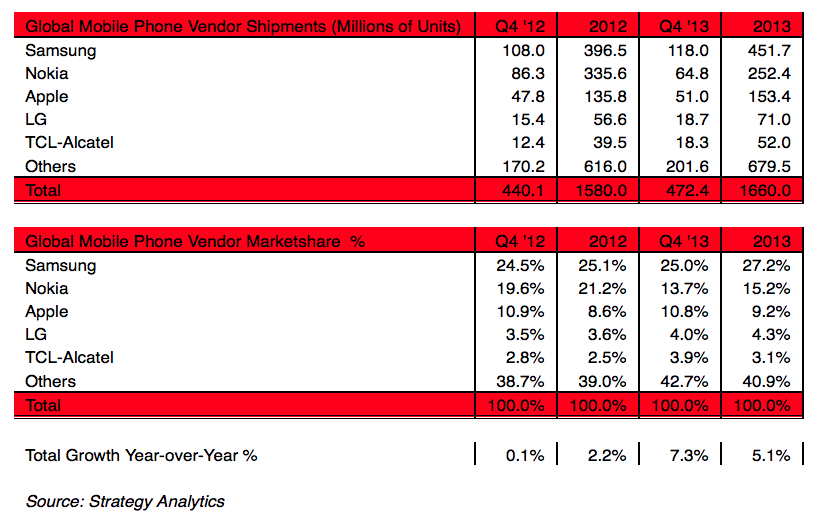 There are already rumors that Apple is preparing a larger iPhone to help combat this issue, but it seems future plans don’t include the iPhone 5c. While it’s widely believed that Apple needs a serious contender in the low-end smartphone market, it appears the iPhone 5c doesn’t have the appeal required to be that device.

Overall the iPhone 5c hasn’t helped capture the market for which it was intended. Even with the heavy marketing push that accompanied its launch, it certainly didn’t drive enough iPhone sales this quarter to reach Apple’s own estimates. It wouldn’t be surprising to see Apple take a step back from the low-end line in the coming year to place more focus on its flagship model.