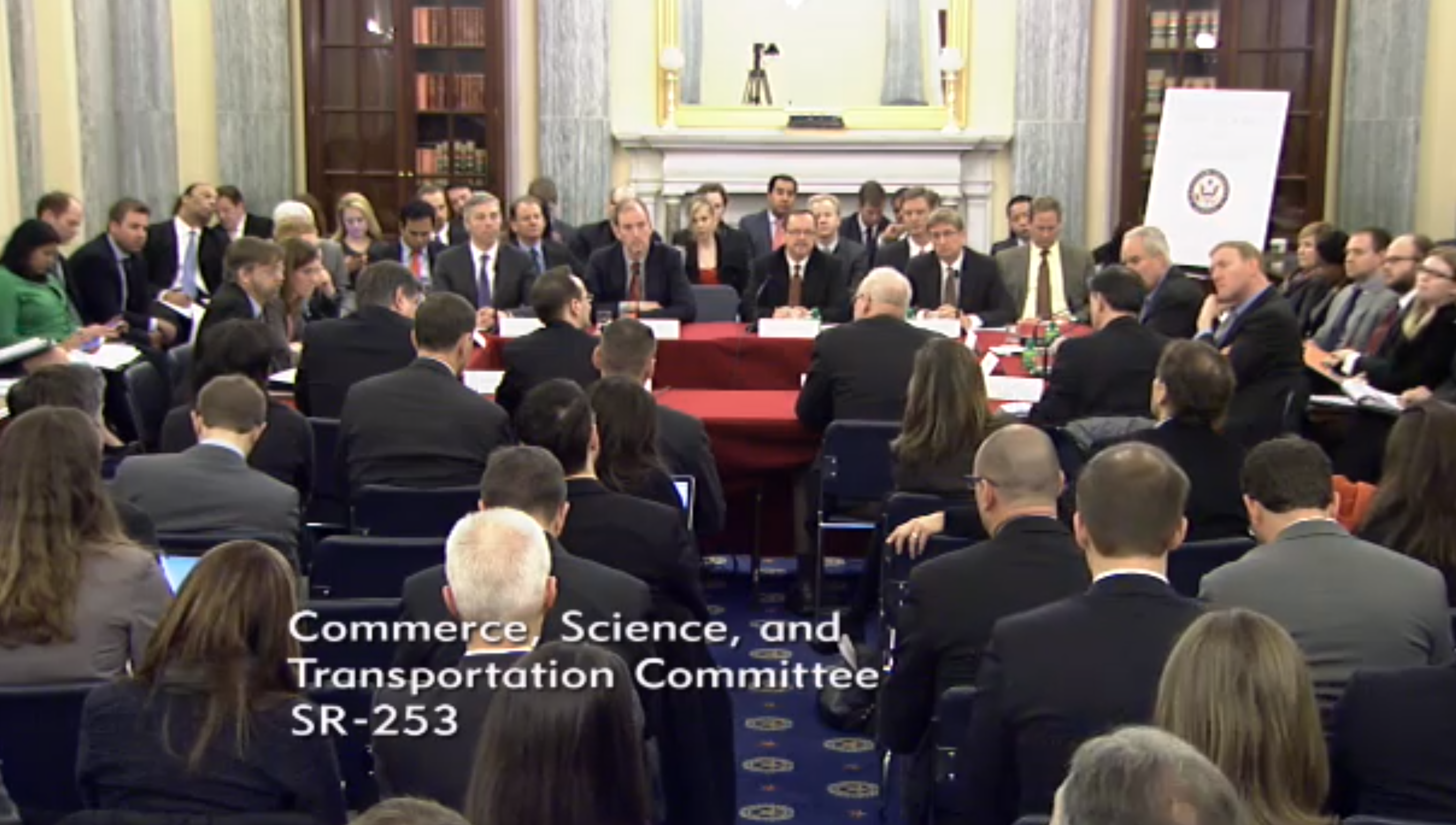 Chairman John D. (Jay) Rockefeller IV of the U.S. Senate Committee on Commerce, Science, & Transportation is today hosting a summit where he will press technology companies on potential solutions to minimize distractions for drivers that are increasingly using smartphones and other devices in vehicles. The summit will consist of three roundtables that kicked off earlier today and representatives from many major tech companies including Apple, Google, Samsung, AT&T, Verizon, Sprint, and more are scheduled to be in attendance.

For two of the roundtable discussions Apple’s Director of Federal Government Affairs Tim Powerdly participated. One of the talks earlier today was on “The State of Technology” where committee staff discussed solutions currently on the market to prevent distracted driving. Another scheduled for 2:30 p.m. today will be lead by Chairman Rockefeller who will ask the companies to “collaborate and build more robust technological solutions to distracted driving.”

During the discussion earlier today the senate committee questioned the companies on solutions they’ve released so far including various apps designed for smartphones by AT&T, Sprint and others that limit notifications and more when users are driving. Both of those carriers noted they’ve yet to release those features for iOS devices. Apple’s Tim Powerdly spoke briefly about Apple’s Siri Eyes Free mode that is already available in some vehicles and also noted that Apple is working on the previously announced iOS in the Car functionality.

A video of the session from earlier today is available here and the third session will be live streamed here.