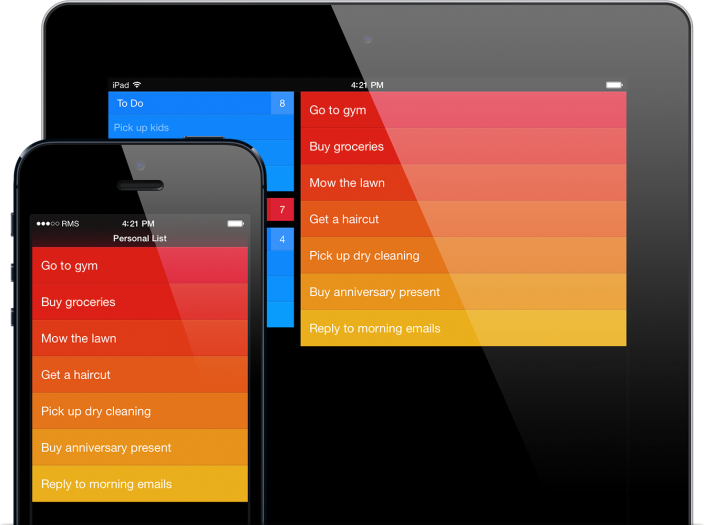 tl;dr Use this, not this, and read on to find out how and why.

Last September, Realmac released a new version of its to-do list app Clear that included visual tweaks and iOS 7 feature support. This version of Clear also ran natively on the iPad for the first time and was a separate purchase from the App Store.

This lead to a great deal of feedback from customers displeased with having to buy a new version of Clear for an iOS 7 update on the iPhone (especially when iPad support for the biggest selling point, but not every iPhone customer has an iPad)…

Realmac responded by offering existing Clear users the same iPhone update as users purchasing the universal version had, and the result was two versions of Clear on the App Store, both which looked the same and ran on the iPhone (Clear+ being the higher priced, universal version).

As you can imagine, this isn’t the ideal way to present your apps and has resulted in enough confusion that Realmac is looking to unify its customers behind one version. Realmac is asking Clear+ customers who don’t already own Clear (the original version) to sign up to be notified when Clear goes free on the App Store.

As Apple doesn’t offer a way to migrate users between copies of an app, we’re going to make Clear free for 24 hours so owners of Clear+ can move to the correct version free of charge.

To make sure as many people as possible can move to Clear, we’re going to do this three times during the remainder of February.

Clear+ users (or anyone for that matter) can sign up to be notified when Clear goes free on the App Store so users can migrate without being charged again. That window is targeted and limited, so spread the word to your Clear+ friends.

Clear is set to receive some very useful features in the coming weeks including Reminders functionality that presumably will not be introduced to Clear+.