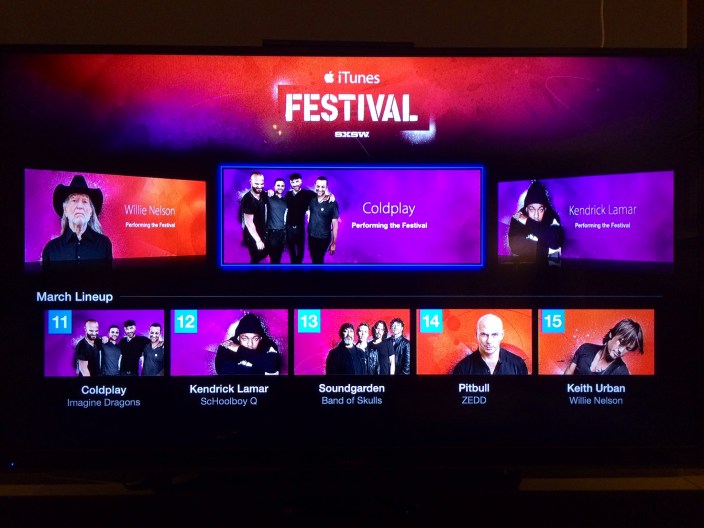 The Apple TV application highlights the different concerts to take place as part of the festival. Some of the notable artists include Kendrick Lamar, Willie Nelson, Coldplay, Soundgarden, Imagine Dragons, Keith Urban, and Pitbull. Apple has held iTunes Festivals overseas for a number of years, and next week’s events at SXSW represent Apple’s first iTunes Festival in the United States. 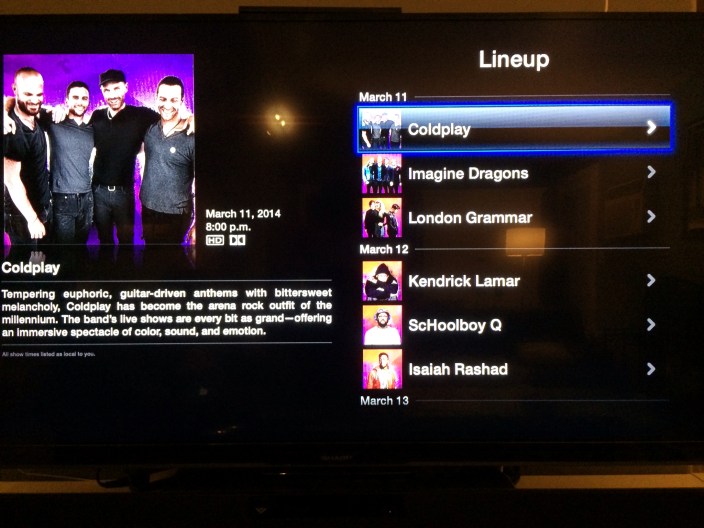 Reader DJ Jenkins, who provided the above images of the Apple TV channel, notes that the iTunes Festival application showed up in the center of his Apple TV channel menu. Perhaps Apple placed the channel in the middle strategically in order to maximize viewership.