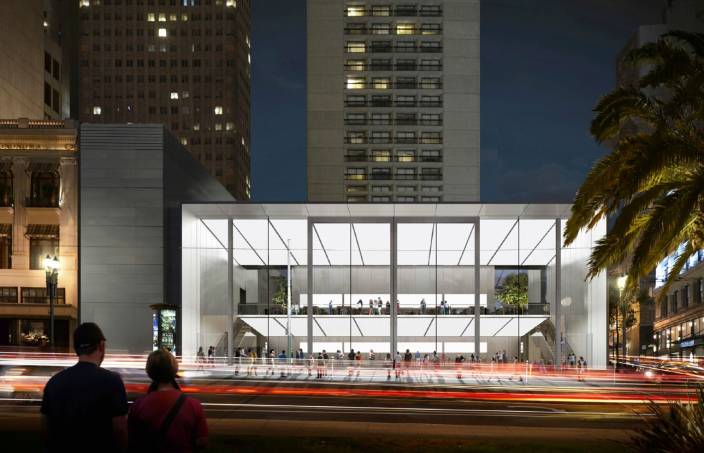 Re/code reports that the city of San Francisco has finally granted Apple permission to begin work on its iconic new Union Square retail center, which the company has said will be “more iconic than the glass cube in New York City.” The store, pictured in the rendering above, has been in the works for almost a year as the city insisted upon various changes to preserve historic elements and allow for improved accessibility.

The store will replace Apple’s existing Stockton Street location, adding about fifty new jobs in the process. Apple’s new building will feature a two-floor design with 23-foot glass sliding doors and a plaza behind the store that will be shared with the hotel next door with free Wi-Fi to visitors.

The iconic Ruth Asawa fountain behind the store will be relocated (slightly) to accommodate the design of the plaza, which caused some concern among members of the city’s planning commission, though Apple has assured the city that the fountain will be entirely preserved during the process.

More renderings of the gorgeous new store can be found below: