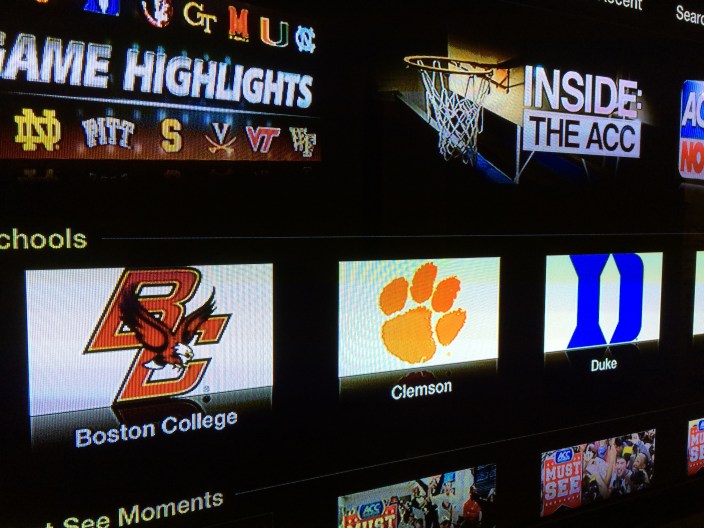 Just in time for March Madness, Apple has added a new channel dedicated to ACC Sports to the Apple TV. The channel, called ACC Sports, features sections dedicated to many of the ACC colleges (Atlantic Coast Conference). It is unclear if the application will be able to live stream games from the major basketball tournament as March Madness is a CBS-branded event. Nonetheless, it’s likely that ACC Sports will at least offer highlights and updates after the games. News from other NCAA divisions will likely to be found in the already-existing Watch-ESPN app. (More images and details below). 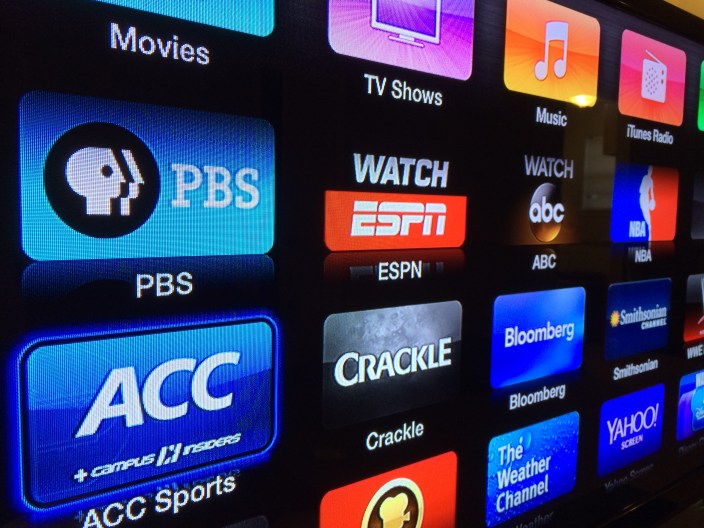 Update: The conference just put out a press release:

Charlotte, N.C.–March 17, 2014:  Just in time for the most exciting part of the college basketball season, the ACC Digital Network (ACCDN) announced today the launch of “ACC Sports” on Apple TV. As tournament time commences, the new service makes available the ACCDN’s extensive highlights and feature programming to Apple TV users in the US.

The ACC Digital Network, the ACC’s official home for game highlights and insider programming, will entertain fans with hundreds of videos to choose from including in-depth coverage and analysis updated daily. Specifically for March, host Jeff Fischel, along with former ACC basketball greats Drew Barry and JR Reid, will follow ACC teams as they advance throughout the tournament with game previews, analysis and a “Road to Texas” feature series.

As a bonus to college sports fans everywhere and exclusive to Apple TV, “ACC Sports” will feature access to Campus Insiders, the leading digital college sports network covering all major collegiate conferences. As part of its March programming, Campus Insiders will cover the NCAA basketball post-season from start to finish with daily reports from top tier talent including Bonnie Bernstein, Seth Davis and more than 100 insiders reporting from campuses across the nation. As part of the launch, Campus Insiders will publish more than 70 videos today including team previews of all 68 teams selected for the tournament.

“Our goal since we launched the ACC Digital Network is to deliver ACC fans immediate access to their school video highlights wherever they want to watch it,” said Dana Golden, EVP Strategic Partnerships of the ACC Digital Network. “Through Apple TV, fans will be able to go directly to their favorite school content and have all of their game highlights, school features and classic tournament games on demand in the comfort of their living room. In addition, our partnership with Campus Insiders will give fans access to college highlights and news from schools across the country for a comprehensive view of the college sports landscape.”