iPhone 5c not a hit in China either, would a rumored 8GB model help? 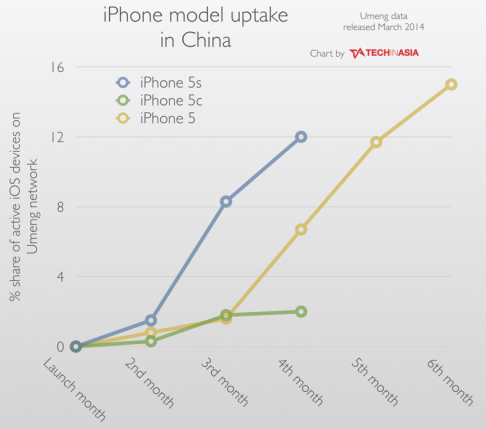 The South China Morning Post is reporting that the iPhone 5c, created by Apple to target growth markets like China, has hit only a 2 percent share of all iOS devices after four months, in contrast to the iPhone 5s with a 12 percent share and the original iPhone 5 with around 15 percent …

The bulk of the iOS market in China is still made up of older devices that have been imported through grey channels, but the 5c was expected to prove popular among those looking for a new iPhone compatible with China Mobile’s network. However, data from China’s largest app analytics company suggests that most buyers have been willing to pay the premium for the 5s.

While Apple doesn’t release breakdowns of iPhone sales by model, it’s widely believed that 5c sales were significantly below the company’s expectations, with Tim Cook stating that “the mix was something very different than we thought” – though the fact that it has seemingly driven up sales of the 5s means that it may, ironically, have been a good move.

A separate rumor suggests that Apple is launching an 8GB model of the iPhone 5c tomorrow – in Germany, of all places. The rumor says that it will be available on the O2 network, and an Engadget reader sent in apparent confirmation in the form of a packaging detail: 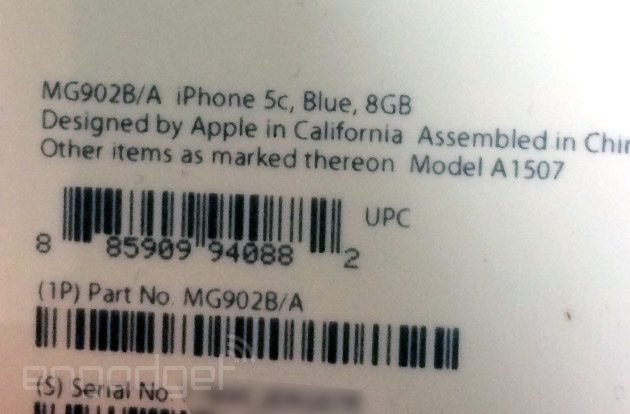 If genuine (and it appears to be), it would obviously be made available worldwide, not just in Europe. While it’s not impossible that Apple hopes a lower-cost version of the 5c might boost sales, the idea seems odd. An 8GB iPhone would be a truly horrible experience in these days of much bigger apps: by the time you’d installed a few apps, there would be no space left for music, photos or anything else. I’m really not sure what Apple is thinking here.