Burger King will soon let you pay with your iPhone in its 7000 U.S. locations 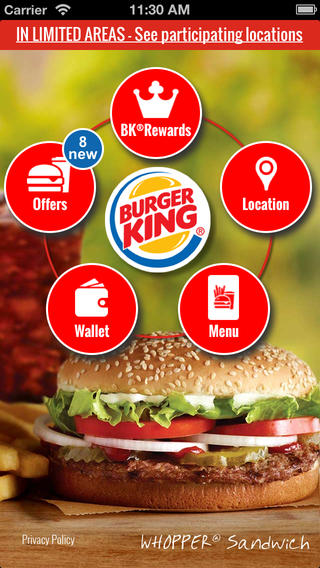 Following announcements from other fast-food chains planning to roll out mobile payment and ordering systems this year, Bloomberg reports that Burger King will be the latest to let customers make purchases using a smartphone app.

The program will be introduced next month and should be in all of Burger King’s more than 7,000 U.S. locations in “a few months,” Bryson Thornton, a spokesman for the company, said in an e-mailed statement. The option to order food and drinks ahead of time for later in-store pickup may be added, he said.

McDonalds, Taco Bell, Dunkin Donuts and others are all currently testing or already beginning to roll out similar apps in markets around the US, while other chains like Starbucks have long offered similar payment options through its app. The apps will also provide coupons and other promotions to customers, and I’m sure it won’t be long before fast food franchises get on the iBeacon bandwagon.

Burger King is also apparently weighing the idea of allowing customers to order ahead of time for pickup at a later time.