Vital Connect, a company working on innovative biomedical and sensor technology, is today officially launching a small biosensor capable of tracking biometric measurements that would normally require a number of larger, clunky accessories or professional medical equipment. You might remember Vital Connect from our report in January when the company’s VP of research and development was scooped up by Apple, likely to work on the company’s highly anticipated iWatch project and health & fitness focused features planned for iOS 8. HealthPatch is already being used by select partners in the medical space, but we’ve learned it’s about to become a reality for everyday iPhone users as consumer products using the tech launch over the next couple of months. 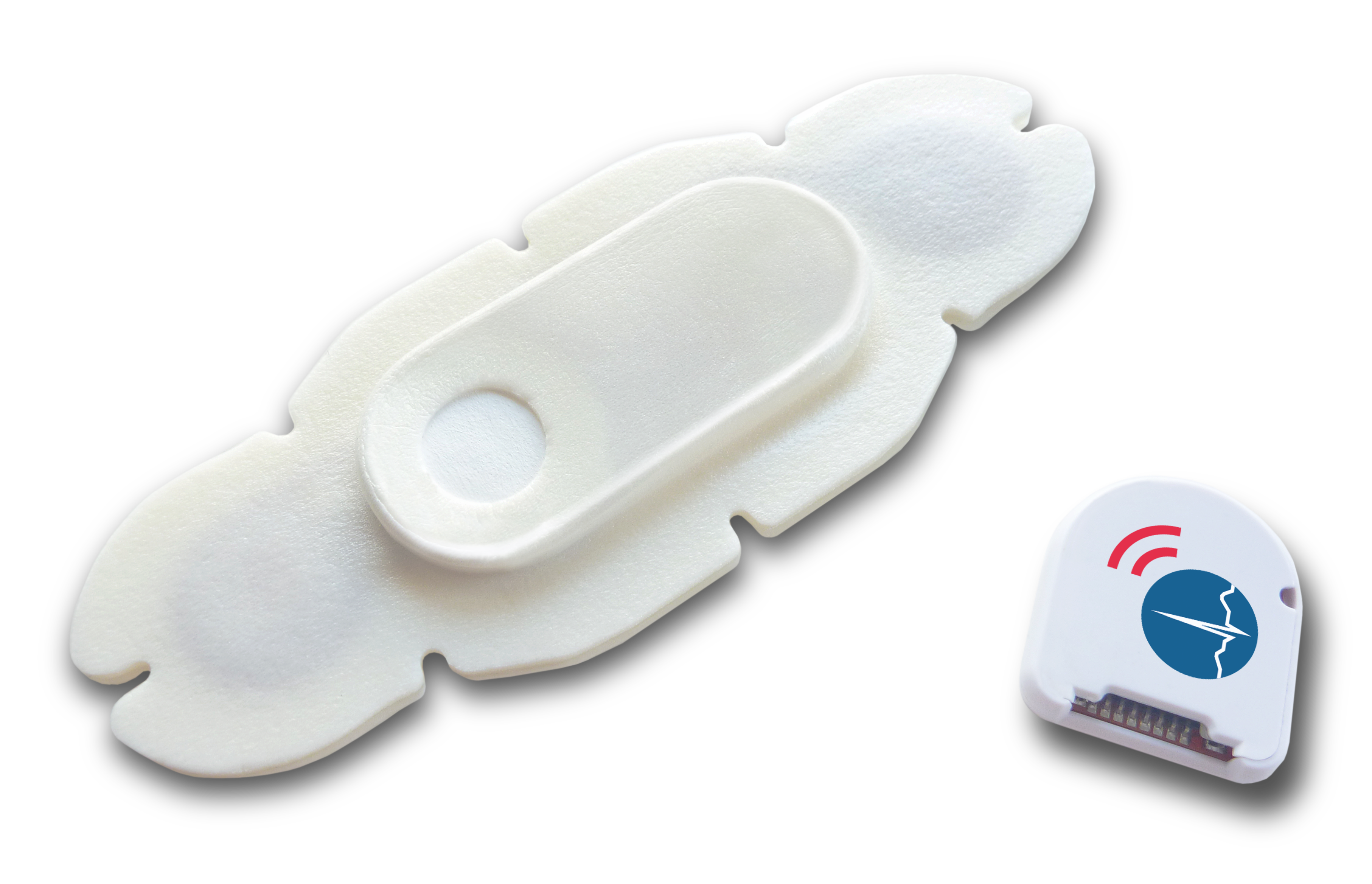 HealthPatch, which is meant to be worn on the chest as a nearly invisible solution under clothing, is capable of tracking a long list of medical and fitness related data points. The core health metrics include: heart rate, heart rate variability, respiratory rate, skin temperature, body posture, steps and fall detection/severity, stress, and sleep staging (hypnogram)/quality. It’s interesting not only that this is what Apple’s new hire was working on before joining the team at Apple working on iWatch and health related products, but also that a sensor like Health Patch could provide much of the data needed for an app like Healthbook. On top of Vital Connect’s former R&D VP Ravi Narasimhan, Apple has also hired other Vital Connect employees including an algorithms architect Nima Ferdosi and biomedical engineer Alexander Chan.

The HealthPatch packs in cutting-edge sensor tech according to the company, works over Bluetooth 4.0, but also benefits greatly from the company’s proprietary algorithms that help accomplish clinical-grade readings. From a consumer’s point of view, the HealthPatch will let you get rid of several accessories previously required for tracking health, offer a much smaller form factor, and also provide more accurate readings.

HealthPatchTM can replace devices like chest straps, bracelets, arm bands, clip-on pedometers and sport watches currently being used to track fitness and wellness. Instead, athletes training for a major competition or average people simply trying improve overall health can wear the HealthPatchTM day and night for continuous readings and evaluations.

After our several reports last year that Apple had begun assembling a team of fitness, health and sensor experts for its iWatch project, there has been much speculation over what an iWatch-size device might be realistically capable of tracking with today’s sensor technology. Discussion around the topic heated up even more so when we posted the first look at Apple’s upcoming Healthbook app capable of tracking heart rate, bloodwork, hydration, respiratory rate, sleep patterns, and more. The answer to the question might be that an accessory like HealthPatch either separate from or built into an iWatch could provide the majority of the data for Healthbook.

Beyond an iWatch and Healthbook, smaller sensors like HealthPatch arriving in the coming months could replace traditional technology used by professionals and in the process bring iOS devices into new settings:

The first is simple replacement of existing technology. If EMS applied this type of sensor to a patient in the field, not only could patients be remotely monitored as they are en route but really important data could be captured. Another example is cardiac monitoring –  these types of devices can and should replace Holter/Event monitors and the bulky units used in many hospitals. They are far less intrusive and can collect the same data (and more).

HealthPatch is also being aimed at products for aging users that require specialized care or monitoring. The sensor would let family get notified in the event of fall detection or if certain metrics fall below predetermined settings and the patch is unobtrusive and comfortable enough to be worn 24/7.

The company has shown off versions of the tech several times before, but it’s now about to get FDA approval and is ready to move forward. It is already starting to accept partners, both service providers and app developers, interested in integrating HealthPatch technology into their products. But that doesn’t mean consumers will have to wait years to get it. Vital Connect tell us a consumer product will be available within the next two months using HealthPatch. It says consumer products will provide users with “personal health management, fitness tracking, stress feedback, remote monitoring, and many other applications.”