If you’ve been reading up on some of the organizations and companies working on iBeacon technology, most have used Apple’s Bluetooth LE standard to beam notifications and context-aware data to users that come in contact with iBeacon hardware in retail and event environments. They are already rolling out at retailers and being used in event spaces, but now a new app called “Placed” aims to bring iBeacons into the home (via TechCrunch). 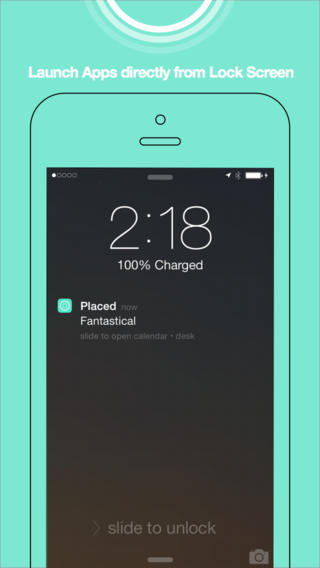 Rather than sending a notification to your device via iBeacons like retailers and event planners, at home you’ll want to use the tech for another purpose. The main function of the app is to allow you to setup rules for quickly launching apps based on your proximity to any given iBeacon you’ve placed in your home. That means any app on your phone can become context aware allowing Netflix, for example, to automatically launch when entering the living room, or a cooking related app to automatically launch upon entering the kitchen.

The Placed app essentially gives you the software you need to make iBeacon hardware useful in the home, but the company won’t be providing the hardware itself. For that you’ll need to hack together your own iBeacons using iOS devices or other hardware, or purchase the beacons from a company that’s already selling them like Estimote or Beaconic.

The Placed app is available on the App Store now for $2.99.