Russian government officials have stopped using iPads in an official capacity, instead opting to use offerings from Samsung according to a new report by Business Insider. The new Samsung devices are custom, secured tablets designed to be used with the confidential information government officials often need to handle.

Russian officials have denied that the swap is an effort to stop supporting American companies following sanctions related to the Ukrainian crisis. It also doesn’t seem to relate to recent rumors that the US government had backdoor access to Apple’s iOS devices—a claim Apple has denied. 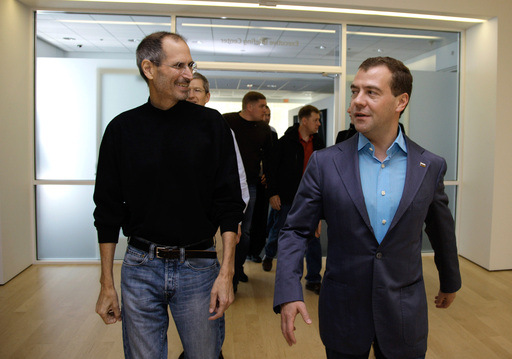 This is a far cry from Russia’s former relationship with Apple. In 2010, Russian Prime Minister Dmitry Medvedev visited the company’s Cupertino headquarters and was given an iPhone by then-CEO Steve Jobs—though it turned out the device was locked to AT&T’s network, which prevented it from working in Russia. Awkward.