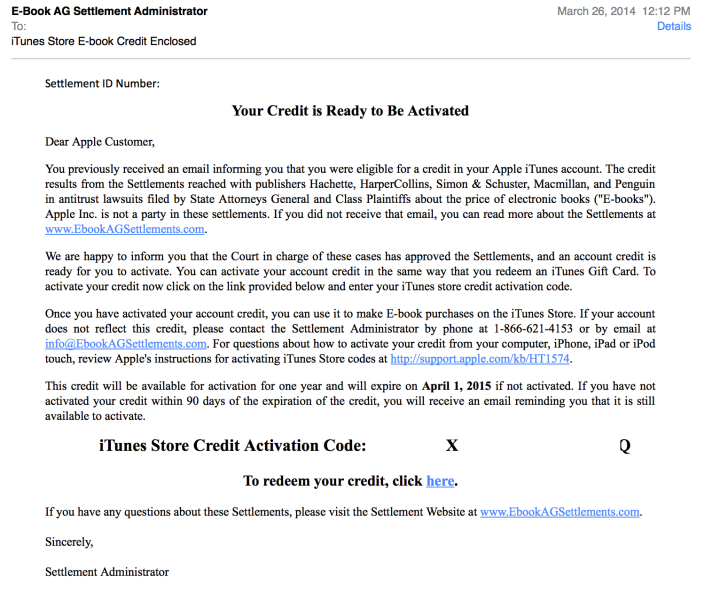 Apple has begun sending out iTunes Store credits to customers affected by the recently (partially) settled ebook price fixing situation. The lawsuit, which involves companies such as Apple, Amazon, Hachette, Harper Collins, Penguin, Macmillan, and Simon & Schuster, has not been fully settled as Apple recently appealed the ruling in which it was found guilty of conspiring to fix ebook pricing. Regardless, the company has sent out credits:

Amazon began sending out its credits earlier this week.