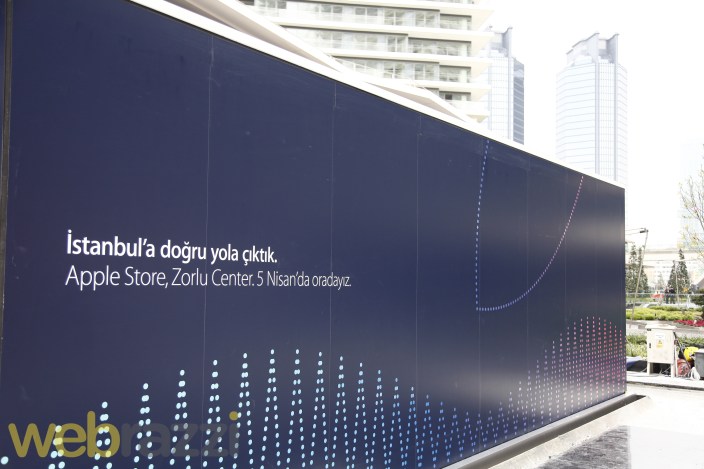 Following several months of anticipation, Apple’s first official Apple Retail Store in Turkey will open in Istanbul on April 5th. The new store is located in the center of the Zorlu Center mall, and the official announcement has come in the form of emails to customers in Turkey and on a banner around the physical store… 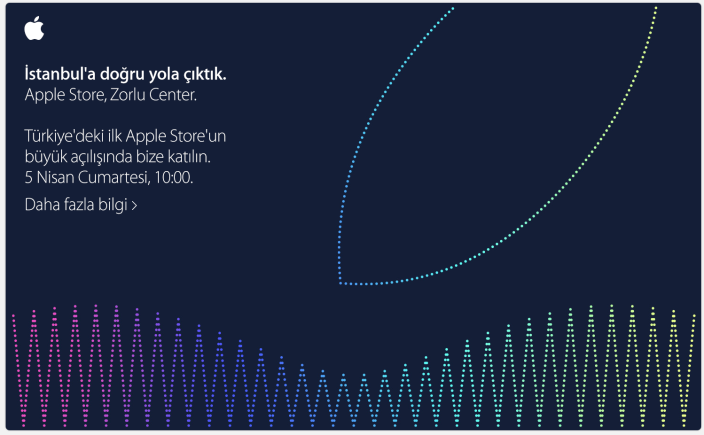 Apple has also published a retail website that indicates the store will open at 10 AM local time. The Turkey-based store will feature many of the usual Apple Store features, including One to One training and the Joint Venture service, according to the retail page. The store itself, however, will have some unique features according to employees: the store will reportedly have a pair of Genius Bars, two full floors to hold stock of product, a dedicated “Family Room” floor, and a sales floor.

The store will also feature events and classes, as shown above.

The opening of the store marks an expansion of Apple’s business and is a move to become more aggressive in emerging markets. Apple is already expected to be planning a follow-up store for Turkey. Apple CEO Tim Cook has also met with the Turkish President about Research and Development plans, and the pair are even rumored to attend the April 5th store opening. Apple made its first official sales move into Turkey with an official online retail store this past October. 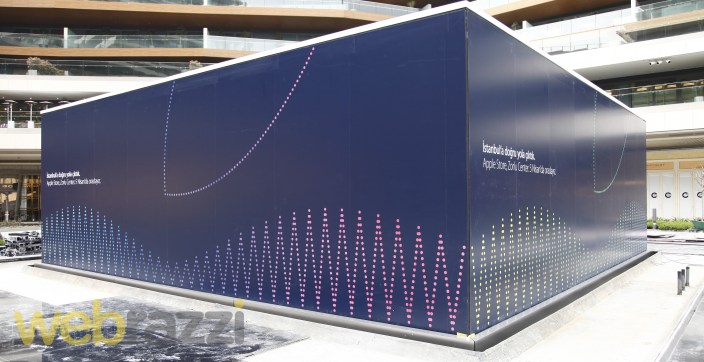 The opening of the store in Turkey also comes directly amid a contentious election process that has resulted in the blocking of websites including Twitter and YouTube. According to a source, Apple has staffed up the new store with employees from the United States and other regions, and Apple has instructed these employees to remain indoors on the actual Turkey election days.

Store images courtesy of webrazzi, thanks @applemaster, @mavincan, and everyone else who sent this in.