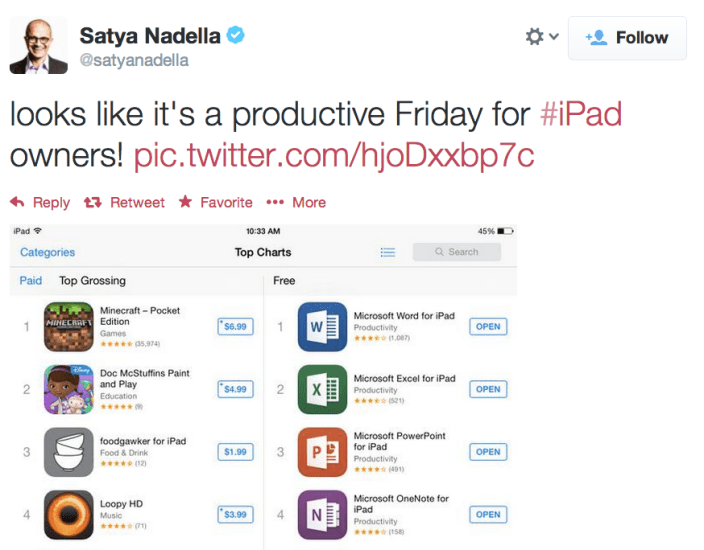 Sure, you could argue that Microsoft’s shiny new Office apps for iPad are only ranking so well because they’re freemium apps since they’re listed for free but require a subscription to fully function, but they are taking up the top four spots nonetheless.

Microsoft’s CEO Satya Nadella is apparently pleased with this as he tweeted out “looks like it’s a productive Friday for [iPad] owners!’ following yesterday’s friendly back-and-forth exchange with Apple CEO Tim Cook.

This shows where the money is being spent within each app, and it’s likely users are unlocking the Office 365 subscription in Word and using the other apps as well.

It’s also important to take into account that users can unlock Office 365 outside of the app which the Top Grossing list cannot measure (back to looking at the Top Free list). Amazon, for example, is pushing Office 365 memberships for $67 rather than the regular $99 offer within the app.