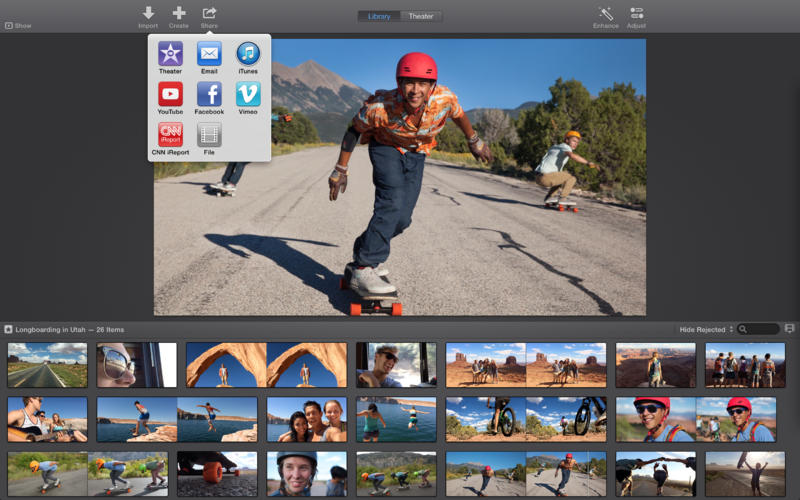 Apple has just published its third update to the revamped Mac version of iMovie launched last year. The update, version 10.0.3, makes changes to the default font in the new titles first added to last year’s release. It also includes the ability to sort events by date to quickly find clips by when they were recorded.

Other improvements include the ability to rotate and crop clips within events rather than projects, an easier method of accessing transition duration settings, faster access to clip speed controls, improvements to how speed changes are handled, and various bugs that could cause the app to crash or not do what was expected.

You can grab the update for free in the Updates tab of the Mac App Store if you already own iMovie 10. Users on previous versions of iMovie can buy the current version for $14.99. The full change log is below:

• Option to sort events in the sidebar by date
• Change the font, size, and color of new titles introduced in iMovie version 10
• Double-click a transition in the timeline to adjust its duration
• Crop and rotate clips in events
• Add speed effects using the Adjustments Bar
• Option to smoothly transition in and out of speed effects
• Fixes issues that could cause iMovie to quit unexpectedly
• Resolves issues that could cause sharing to fail
• Improves reliability of search when using partial or multiple search terms
• General usability improvements on computers using certain languages