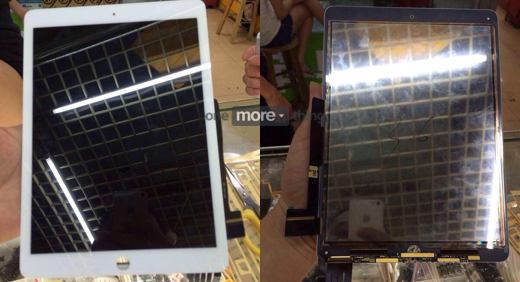 New photos that reportedly show the front panel of a next-generation iPad Air have surfaced. Originally shared by One More Thing, the front panel appears to have an integrated display. This notable change could result in an even thinner iPad Air, or leave room for Apple to rework the hardware and add additional components.

According to One More Thing, these picture came from a “trusted Dutch source with connections in China.” The leaked photos arrive just days after a rumored iPhone 6 front panel surfaced. The iPad Air is already a very thin and sleek device, but thinner is better right?

There’s no way to tell if these are parts that legitimately belong to the next iPad Air. It’s definitely possible that they are just elaborate clones, but One More Thing seems to be confident in their source and has decent track record of reliable Apple rumors. We won’t know for sure until later this year when Apple’s next generation iPad Air is rumored to launch alongside a massive Q3 rollout.