The first set of eye glasses with embedded iBeacon Bluetooth LE technology and certified under Apple’s Made-for-iPhone/iPad/iPod (MFi) program are coming soon. We’ve seen a growing number of companies embracing iBeacons by using the protocol: personalized retail experiences, in-store advertising, audience interaction at events, as well as apps that let you setup your own iBeacons at home and work. Now, a company called Tzukuri is about to launch a crowd funding project for the new eye glasses that use an embedded iBeacon to track lost glasses with accuracy to the nearest foot. They also use solar power, so charging is never an issue, and the company has big plans for using the product as a standalone iBeacon when on store shelves.

While the company behind the project is based in Australia, the glasses will be handmade in Fukui Prefecture, Japan, a region known for producing most of Japan’s handmade eyeglass frames. “Our frames are handmade in Japan by the best artisans in the world. The finest Japanese acetates are put through nearly 100-steps in the product process with 8 quality control checks. Every frame is fitted with the highest quality polarized, anti-scratch lenses with 100% UV protection.”

As for iBeacon features, the companion iOS app will automatically start sending notifications if you leave the glasses behind (at 16ft, then again at 32ft and 50ft). You’ll also be able to track your glasses “if you misplace your Tzurkuris at home, you can track distance to the nearest foot. Alternatively, in wide-open spaces, the app will save the last location you had your glasses and show you on a map.” With iBeacon post iOS 7.1, users won’t even have to open the app to get notified. 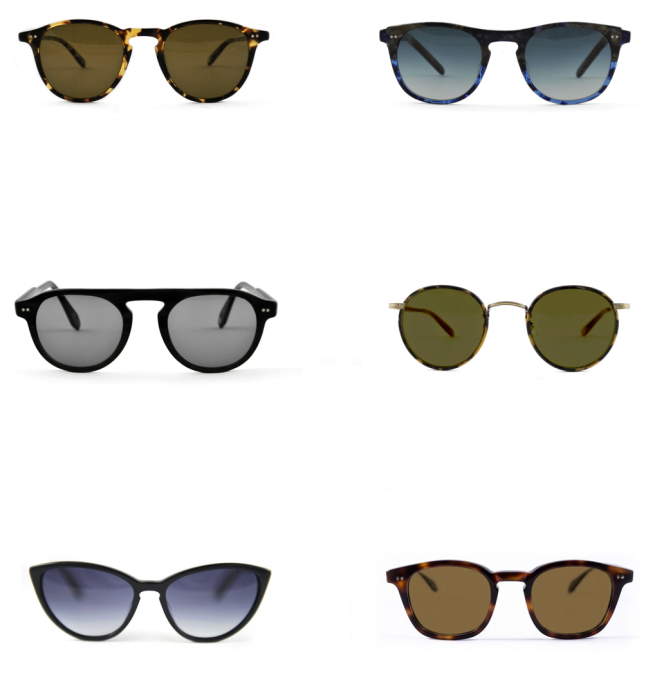 The glasses will also function as a standalone iBeacon and the company plans to take advantage of that when the product is on retail store shelves. Retail stores have been installing iBeacons in order to beam offers, product info, and more to shoppers in proximity, but it’s possible the product– in this case the Tzukuri glasses– could talk directly to the customer. The company did confirm there are “big plans on using the embedded iBeacons inside the glasses when our product is sold in retail environment.”

Initially there will be six designs inspired by icons John Lennon, Grace Kelly, Truman Capote, Atticus Finch, John Kennedy, and Tom Ford (pictured right). It’s sun glasses for now, but the company tells us it’s planning prescription glasses and notes “customers can replace the polarised lenses with clear spectacle lenses if they wish in the meantime.”

The glasses will cost $249 AUD (approx. $230 USD) on preorder through the upcoming crowd funding project, but eventually land in stores at $349 AUD suggested retail price. The company plans to ship to preorders by December 2014 – January 2015.