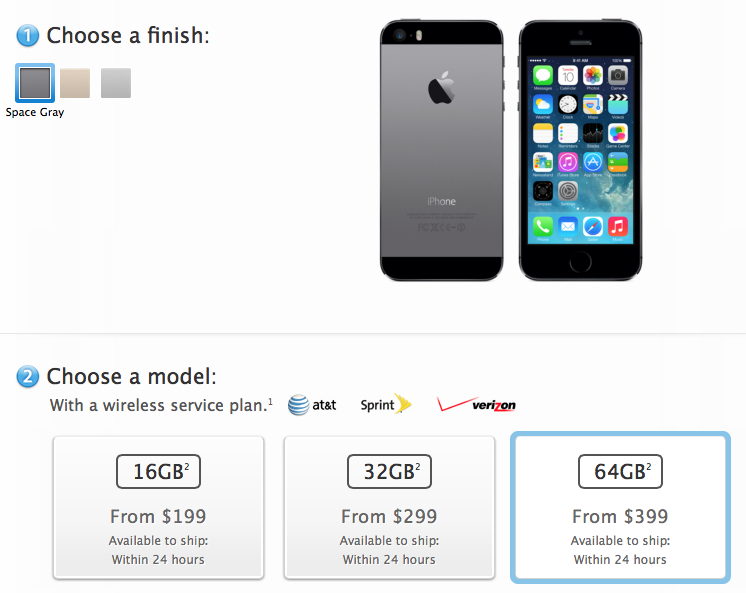 There’s a certain marketing genius to Apple’s tiered pricing for flash storage on its iPhones and iPads. Since customers can’t add storage via a microSD card later, they have to decide in advance how much storage they need, and many of us are going to err on the side of safety, bumping our purchase up to a higher price-band.

Adding $100 or $200 to the price of an iDevice for maybe $5-10 worth of flash storage/controller capacity is an important source of income for Apple, and one of the reasons its margins are so high. Whatever the company makes on a 16GB device, if it can upsell you to a 32GB or 64GB (or even 128GB, in the case of the iPad), almost all of the premium charged on those beefier models is pure profit.

It’s not money Apple would give up lightly, but I do wonder whether it’s sustainable …

Right now, only techies realize the true cost of flash storage. But the world is changing. Technology is a topic covered by the mainstream media on a daily basis, with countless features offering advice on what to buy and things you should know. Mass-market consumers are becoming better educated.

Ordinary people are buying an increasing number of devices that need SD or microSD cards, and they can see for themselves how little these cards cost. When they can see 64GB cards going for under $10, it can only be a matter of time before they start wondering why Apple expects them to pay an extra two hundred bucks if they choose a 64GB iPhone over a 16GB one.

This is not a trivial risk for the company. Apple is a much-loved brand. Despite being one of the largest corporations in the world, part of Steve Jobs’ marketing genius were those smiling appearances on stage where you almost felt like you had a personal relationship with him, like you were buying from a person rather than a faceless corporation. 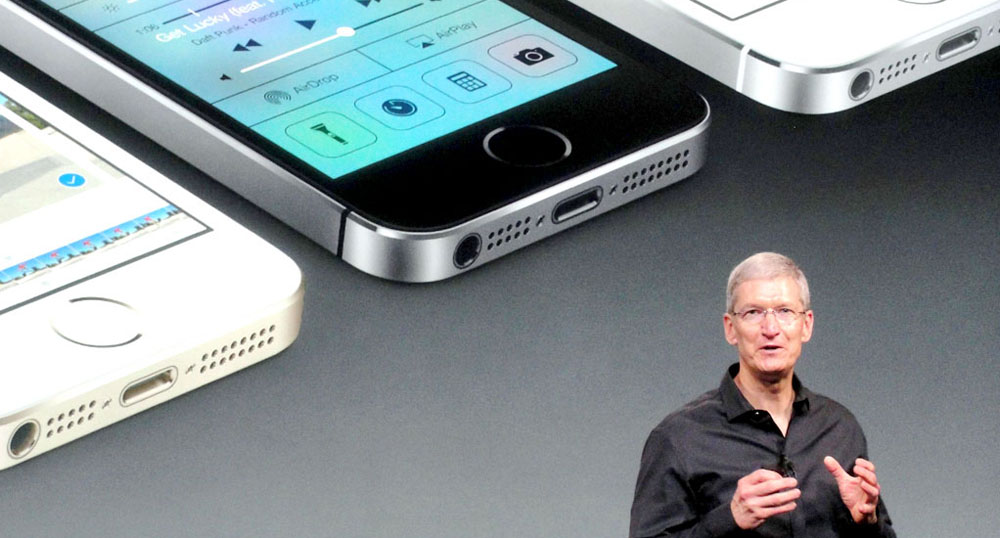 It’s an approach Apple has been careful to maintain, Tim Cook and other senior execs doing their best to emulate that personal touch during product launches. The company does other things, too, to make you feel like it’s all about caring for the customer. Commission-free sales staff, so you never feel pressured to buy. Free Genius Bar appointments, to help you with any issues you might face. A generous warranty policy designed to ensure that if you have a faulty product, you (usually) walk out of the store happy. All of these things contribute to the halo effect of the Apple brand every bit as much as the sleek designs.

Apple customers understand we’re paying a price premium for our products, sure. But we can see what we’re getting for our money: very good products that continue to function well for a long time, and which have a decent resale value when it’s time to upgrade. No-one minds that.

But if customers start to feel like Apple is taking advantage of them, that highly valuable consumer-friendly image is at risk. And the one thing Apple should fear more than sacrificing margin is tarnishing its brand.

So, what should it do? I can see three possibilities.

First, it could maintain its existing tiers, but reduce the premiums on the beefier models. A $50 difference between tiers (see Google’s Nexus) may still be an expensive way for a customer to buy flash storage, but it would be a lot more palatable than $100. I don’t, though, expect Apple to do this.

In fact, if you buy a no-contract iPhone at Virgin Mobile USA, you can already see Apple’s pricing structure breaking down with their ever present discounts: 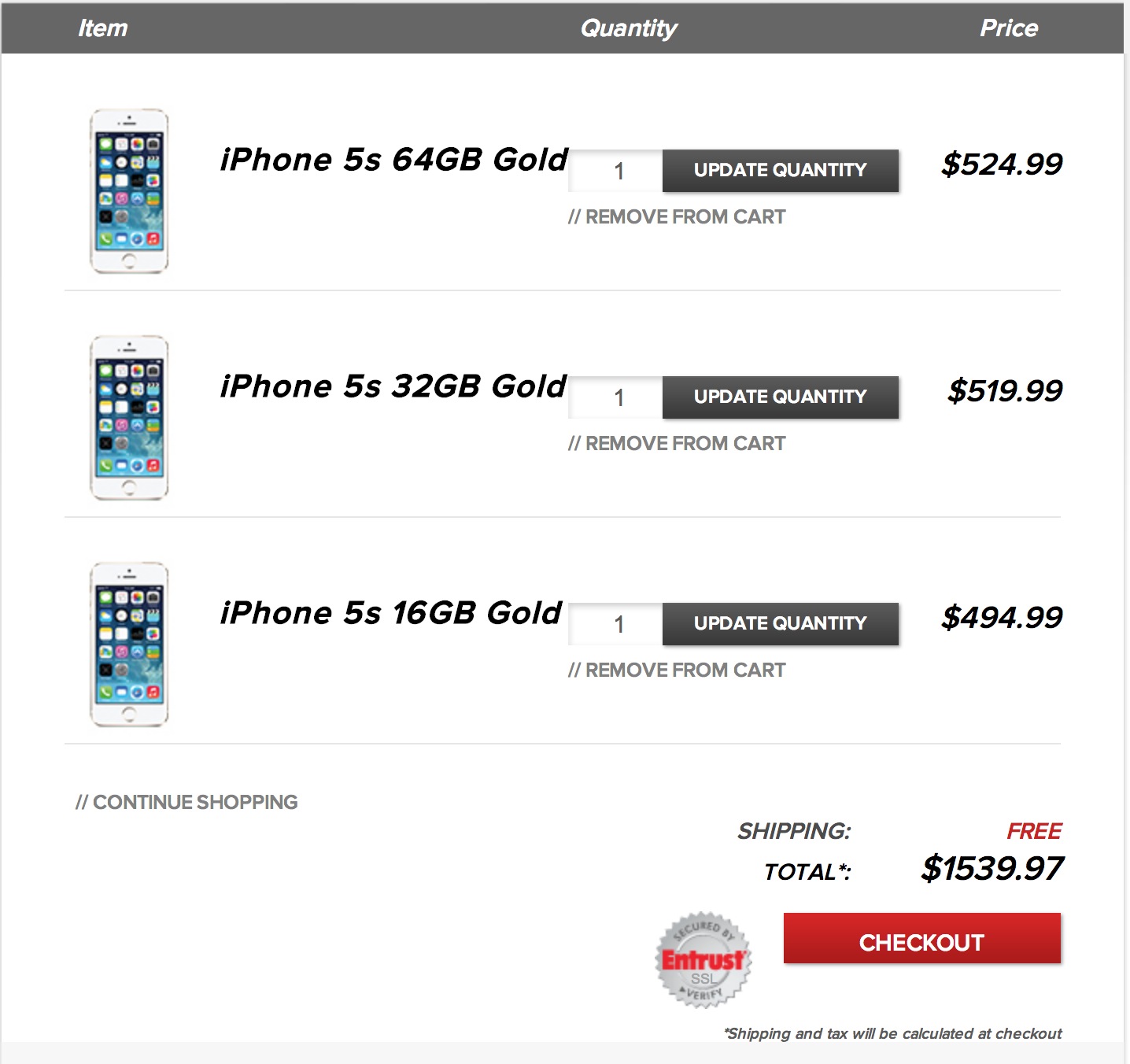 Second, it could maintain the tier model and existing $100 bumps, but increase the amount of storage. So instead of 16/32/64GB, offer 32/64/128GB now, moving to 64/128/256GB down the road. This, I think, is the route Apple is most likely to take. We’ll still be paying a premium for that storage, but at least we’ll have specs that out-class the competition.

Finally, there is a more radical possibility. Not one I expect Apple to adopt in the short to medium-term, but one that may make sense longer-term: do away with the storage tiers altogether. Offer a decent amount (perhaps 32GB in today’s terms, 64GB soon), and couple it to more generous iCloud storage deals.

With high-speed net access becoming increasingly ubiquitous, there’s an argument for saying that on-board storage will grow less important. When iTunes Match gives us access to our entire music library in the cloud, with on-demand streaming, maybe it doesn’t matter so much how much music we have on-board. When documents can live on iCloud, maybe it isn’t important to have much space for them on our iPads.

Perhaps the whole question of how much flash storage we get for our money will be largely irrelevant, and the bigger focus will be on how much cloud storage we get. In which case, re-run the above arguments on Apple’s less-than-generous iCloud pricing …