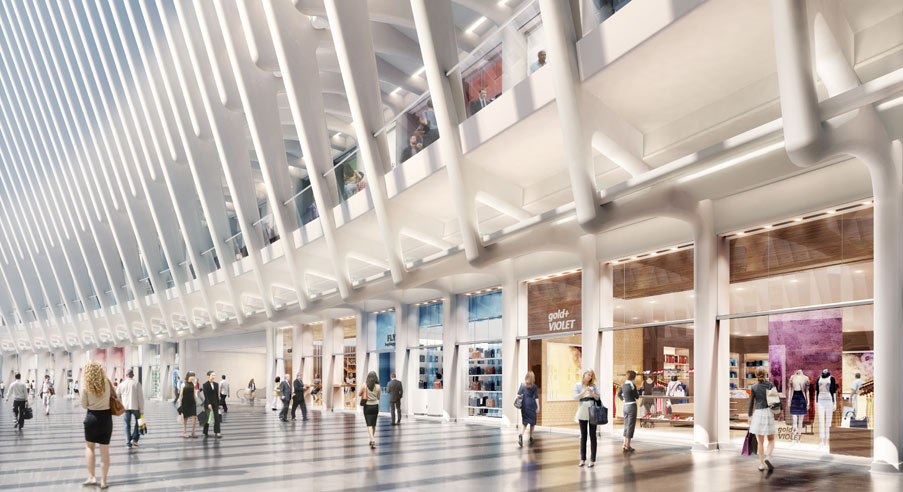 Last fall, reports indicated that Apple was in talks to open up a store inside of the upcoming New York-based World Trade Center shopping mall. Now, a pair of reports are indicating that Apple has, in fact, signed a lease with the mall and that the store is scheduled to open with the new mall in 2015.

The NYPost first reported last month that a deal was struck:

Apple, Canali, Hugo Boss, John Varvatos, Mont Blanc and Breitling have all signed deals for the WTC’s main hall, according to sources.

TheRealDeal reported some additional details behind the deal this week. According to the publication, Apple was unhappy with the design of the lower-level of the mall in which its store will be located:

Computer and iPhone giant Apple — which is expected to take space in the project — was frustrated by the giant “ribs,” or columns, that Calatrava included throughout the underground portion of the site. The arching structures are spaced roughly 11 feet apart along the front portion of each store, which has put off some retailers who want to use that space for signage, branding or product display, sources said.

Apple even sought a design variance, but was turned down, said one retail source, who asked not to be identified.

“Do you think [fashion designer] Karl Lagerfeld will be ok with playing second fiddle to an architect?” another retail insider said. “It is all about clashing egos. Those brands [that object to the columns] are not going to open a flagship Downtown and have Santiago Calatrava’s ribs obstructing the view.”

Nonetheless, Apple has struck its deal and will be a launch partner alongside several other high-profile brands in the major new shopping center: 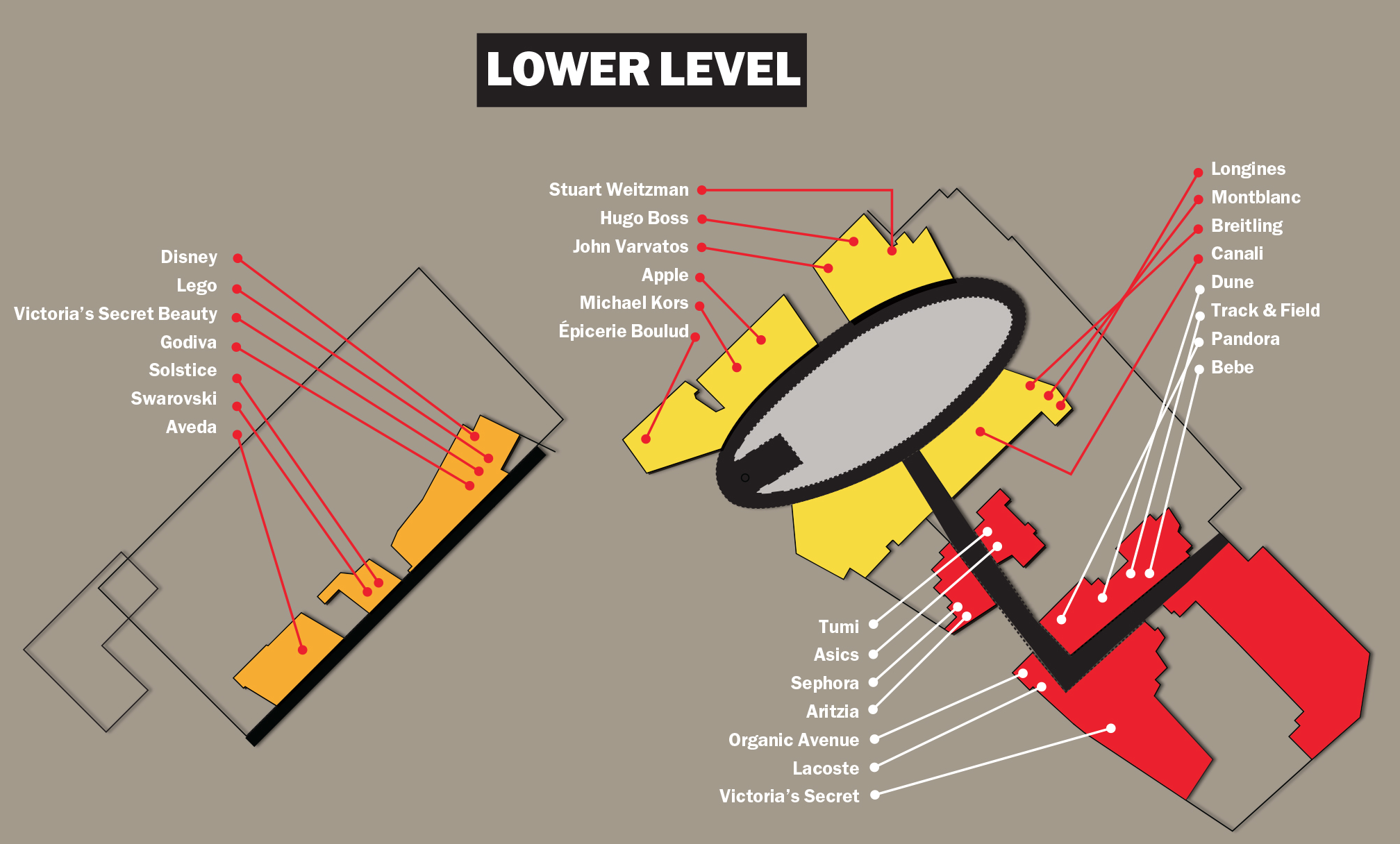 As can be seen in the purported store map compiled by TheRealDeal, the Apple Store will be situated in the center of the lower level of the mall. The store will be sandwiched between other big brands like Hugo Boss, Victoria’s Secret, Swarvoski, and Disney.

This major New York initiative is said to have space for 160 stores in total, and mall’s occupants are pushing for high-profile brands to take center stage. In addition to a shopping mall, the facility will be home to offices, restaurants, and transportation hubs. A video concept of the mall can be viewed above.