Another day, another dummy. We’ve recently obtained new images showing what appears to be a gold iPhone 6 mockup pictured next to the other two color variations that Apple currently offers. As mentioned, this is definitely a dummy model, but it’s also the first time we’ve seen a gold one.

The camera cutout on the lighter colored models look a little but strange, but again these are dummy units and we don’t expect them to perfectly reflect the actual design. Along with that, the Space Gray and Silver models seem to have a gold Touch ID ring which is also a bit out of place. Either way, they are definitely fun to look at. Rumors suggest that Apple’s iPhone 6 will feature a 4.7-inch display and possibly a 5.5-inch variation, borrow design characteristics from the fifth generation iPod touch, and feature resigned buttons. At this point, we’ve seen just about every rumored render, mockup, and schematic relating to Apple’s upcoming iPhone 6.

These images are consistent with previous rumors, but we won’t know what Apple’s official design will look like until later this year. It’s likely that these models were created based on rumored schematics and specifications, but the design does match up with previous photos. 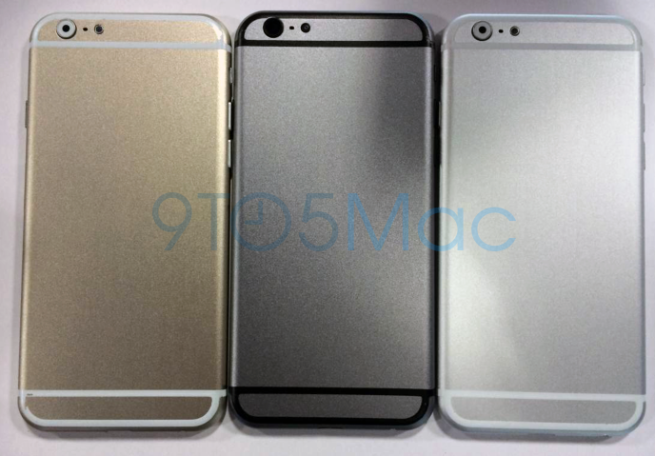