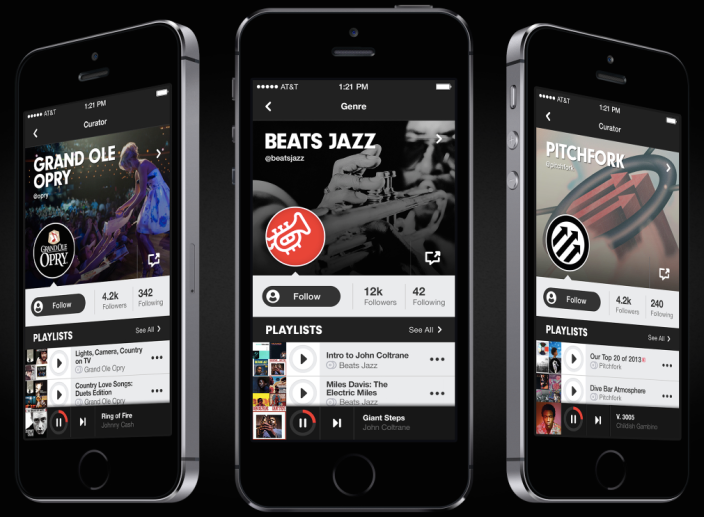 My first reaction to yesterday’s news that Apple is nearing the close of a $3.2 billion deal to purchase Beats Electronics was one of worry, but not for the reasons that I saw in much of the commentary from others. I’m less concerned with what Apple could have planned for the headphones business or that the price tag is so high; after all, it’s exciting to think that Apple could make a major acquisition (its largest yet) after somewhat of a quiet period. What worries me is what Apple has planned for the not-so-popular-yet subscription streaming service Beats Music…

Author Ad Placeholder
Will only appear on redesign env.
I have almost no interest in the headphone side of the business: that’s certainly marketing success but I’m not sure the product offers anything unique outside of branding. This deal for me is about the company as a whole which includes marketing talent, engineering talent, and music industry insiders. It’s not a bad pitch if you ignore that hefty price tag! While I don’t believe this deal is entirely about the tiny subscription music service that is Beats Music, that’s where my concern largely exists.

I’ve been generally opposed to subscription music services for as long as I can remember; the idea of “renting” my music every month instead of just buying it once and owning it forever is not very compelling. I’ve tried services like Spotify and Rdio fairly recently, but it generally feels like I’m just paying to unlock a catalog without much added value. I’d rather just buy an album from iTunes and have access to it forever.

But I’ve been using Beats Music over the last month and I’ve been really impressed. I’ve even become somewhat of a Beats Music advocate among my circle of friends and family. Beats Music’s ability to recommend bands, albums, and playlists so aggressively and accurately has continued to surprise me more than any other service to date.

One of the pain points for suddenly having access to every song imaginable is the work that goes into having to build good playlists that make use of it all. That’s part of the appeal of the Pandora/iTunes Radio model of “stations” until it gets too repetitive. Beats Music exceeds at having solid playlists readily available including “Intro to” and “Deep cuts” for almost any artist. 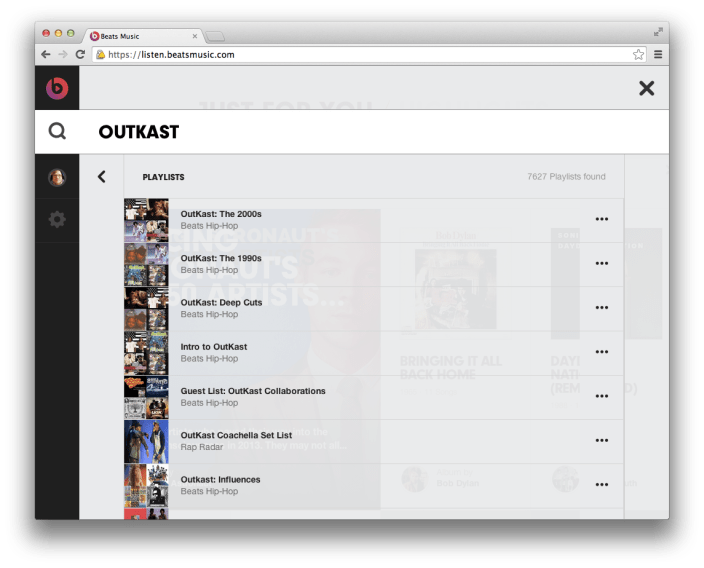 The secret sauce is said to be in the editorial team behind the service. This is how they describe the effort:

At Beats Music, our mission is to create playlists and make music recommendations based on songs that feel right together, at the right time, and for the right person… not just that sound alike.

That can’t be done with an algorithm. It requires a real human with a trained ear for blending genres and styles and a knowledge of what song comes next.

The Beats Music programming team is comprised of qualified music experts with a combined 300+ years of experience representing virtually type and format of music available.

With that being said, I can’t help but worry that this reported deal might mean the end of something that has really excited me: a music service that I actually feel good about paying for.

Apple has been reported to be interested in its own on-demand music subscription service to compete with Spotify and similar services. I’d assumed they would build their own on top of iTunes and iTunes Radio, but $3.2 billion later you have to assume Apple will just adopt Beats Music in a way that makes it native to Apple’s own iTunes Radio and Music apps. I can easily imagine Apple putting the technology and talent behind Beats Music under the umbrella of iTunes Radio and Genius recommendations, and that product might not be the same after it’s all said and done.

That wouldn’t be as bad as what happened with Lala, which was bought, shut down, and integrated as iTunes in the Cloud/iTunes Match (hardly the same product). For $3.2 billion (compared to $80 million)  could Apple see value in maintaining the service as it is for now?

Beats Music has really good apps on both iPhone and iPad as well as Android, the Web, and even Windows Phone so this could be the beginning of Apple’s cross mobile platform approach with iTunes reported earlier this year. Simply build iTunes purchasing support into the existing Beats Music software and I’m sold.

It was even announced as a launch partner with support for Apple’s CarPlay feature. Notice both Rdio and Pandora are absent for now while the overwhelming leader in on-demand music Spotify and the newcomer Beats Music boast support which required Apple’s blessing… hmm. (Admittedly, Apple’s endorsement for Beats Music with CarPlay support is what swayed me into giving the service a serious look after the initial launch.)

What Beats Music lacks is a desktop client of any sort, much less on Mac. I’m less than excited at the thought of that never existing now and instead being technology and features bundled into iTunes.

If Apple largely preserves what makes Beats Music what it is like The Sentence for creating stations based on moods and playlist curation and subscriptions, this could be a big win for iTunes users as a whole. I would actually be very pleased to see more and more friends using Beats Music to have more activity around the playlist subscription and sharing aspect, but I’m hesitant to believe that iTunes+Beats Music will be much like Beats Music. That may just be part of the cost of acquisition.

And that’s really one the the biggest questions prompted by news of the possible acquisition: what happens to the brand? Apple kept the Siri branding and integrated the software into iOS and has since built upon it, but how would Apple handle a Beats branded line of headphones and a Beats branded on-demand music service when the value is initially in the brand (especially on the hardware side)? I think it’s much less likely that the music service will maintain its branding than the headphones line.

Maybe my position is selfish and based on me being in the early adopter stage (after all, Beats Music is said to only have around 200,000 subscribers), but it’s sort of like that feeling when your favorite band that only you like ends up on the radio and doing TV ads and now everyone is a fan and their music goes more mainstream. I’ll be happy, of course, to see something special be used by more music lovers if that’s the result. Maybe this could make iTunes and iTunes Radio a better product for everyone.

My concern is largely with what will happen the Beats Music in the near future. If the deal is signed, congratulations to the team that built the service, but Apple: please don’t ruin Beats Music.