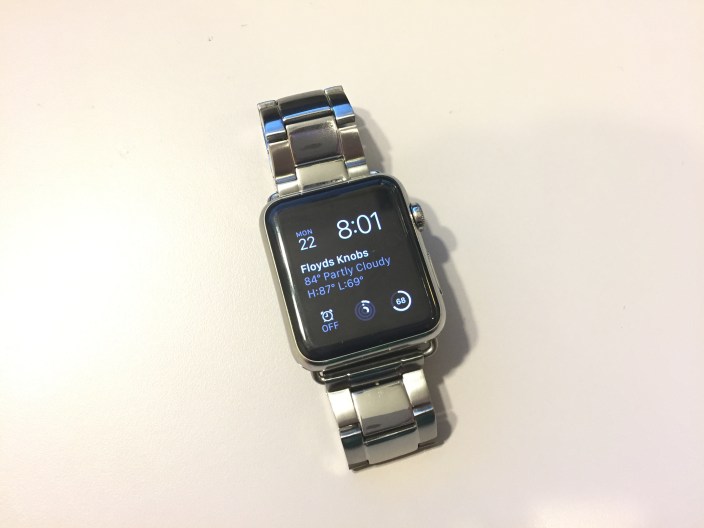 When Apple first announced Apple Watch, one of the things I was most excited about was the ability to use third-party bands. I was surprised when Apple announced the capability and even though I was pretty sure I was going to buy an Apple Watch, third-party band support solidified my choice. Apple Watch has now been on the market for two months and so far, companies have been slow to release their aftermarket bands. With iPhone, companies usually have cases available the day the device launches, but Apple Watch has presented a whole new set of challenges for accessory makers.

When I purchased Apple Watch, I went with the stainless model with the classic buckle. Since my initial purchase, I have also bought a black Sport band, a Milanese Loop and now, an aftermarket stainless steel Link Bracelet. I love the idea of the band for my Watch matching the Watch itself, but Apple’s Link Bracelet offering seems absurdly high-priced at $449. Looking to save money, I went with an aftermarket solution…

Before everyone loses their temper about using a third-party Apple Watch band, seemingly made by a no-name company, hear me out. The band is sold on Amazon (Update: Now sold out, more options below) and made by a company called Leakind. On Amazon, it has a three and a half star review average, with some of the reviews docking stars for issues that have now been fixed. I’ll admit that when I purchased this stainless steel Apple Watch band, I had incredibly low expectations, but when I received it, I was pleasantly surprised. 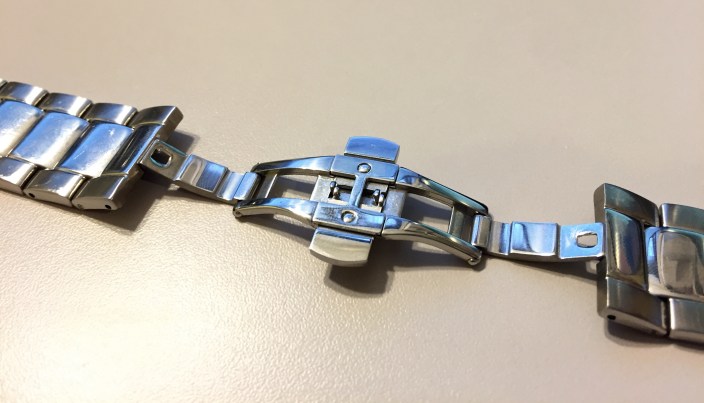 One thing I was obviously worried about with the Leakind band was the sturdiness of the connectors to the Watch itself. I didn’t want to walk around worried that my $600 Watch was going to fall off of my wrist at any given second. In my usage with it so far, however,the band seems just as sturdy as an official Apple band. The connectors to the Watch are identical to the ones found on Apple bands, as well.

Looking at the design of the band you’ll notice that it’s not the same as Apple’s Link Bracelet. While Apple’s Link Bracelet provides a more modern take on the link design, this third-party band is a classicly designed bracelet. Being that it is a Link Bracelet, you do have to remove links from the band for it to correctly fit your wrist. The packaging for the band provides no instructions on how to do this, so I was let to my own devices to figure it out. A quick Google search led me to several great guides on how to remove the links. You could also, of course, take the band to a jeweler if you aren’t as confident in your own abilities to size the band. With Apple’s Bracelet, it’s incredibly easy to remove links though.

Another thing I was concerned about with the aftermarket band was the finish and polish of the steel of the band matching the design of Apple Watch. After using the band for a while, I’ve decided that while the polishes don’t match perfectly, they match close enough to where no one will notice any differences unless they are specifically looking for them. The look of the band appears to be ever so slightly darker than that of the Watch. Apple’s Link Bracelet, however, is also darker than the Watch because it’s brushed rather than polished. 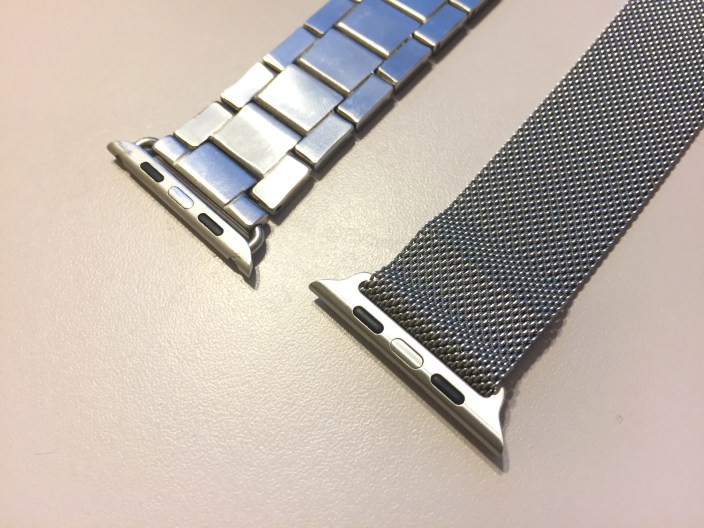 As far as comfort goes, this Link Bracelet is certainly heavier than bands like Apple’s Classic Buckle and Sport band, but it’s no heavier than Apple’s own Link Bracelet. It seemed jarring when I put it on for the first time, but I’ve gradually gotten used to it and other bands seem too light at this point.

Obviously there are always some pitfalls to using a third-party band. It’s hard to know how well the band and its clasp mechanism will hold up after extended use. I also have concerns regarding the quality of the steel used with the aftermarket band. After using it for a week, there are some light scratches that are visible only in direct light, but there are also scratches on my Apple Watch, so it remains to be seen how the band will look after two months usage. 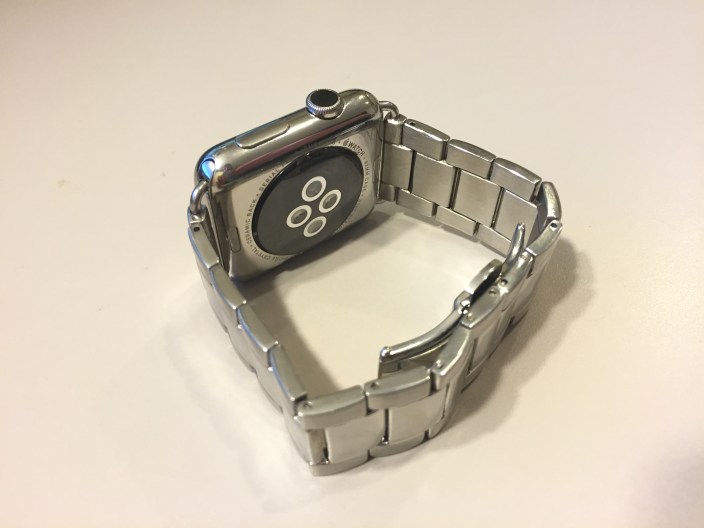 Another thing you have to consider is that there are also MFi Apple Watch bands coming too. While those will likely be touted as higher quality than third-party options like this one, they will also be more expensive. They will, however, use Apple lugs and are approved by Apple.

Overall, the Leakind steel Apple Watch link band is a decent alternative to Apple’s own link bracelet. The Leakind band comes in at just $35 on Amazon, which is a steal compared to the $449 Apple charges for its link bracelet. As I mentioned before, however, that price difference had to come from somewhere, so there are of course some downsides to using an aftermarket band. It’s up to you to decided whether the added comfort of using an Apple-made product is worth the price difference. If not, the Leakind Apple Watch link bracelet is available on Amazon for $35. But remember, you get what you pay for.

Update: The Leakind band has sold out on Amazon. There are other affordable alternatives, however I can’t vouch for their quality: