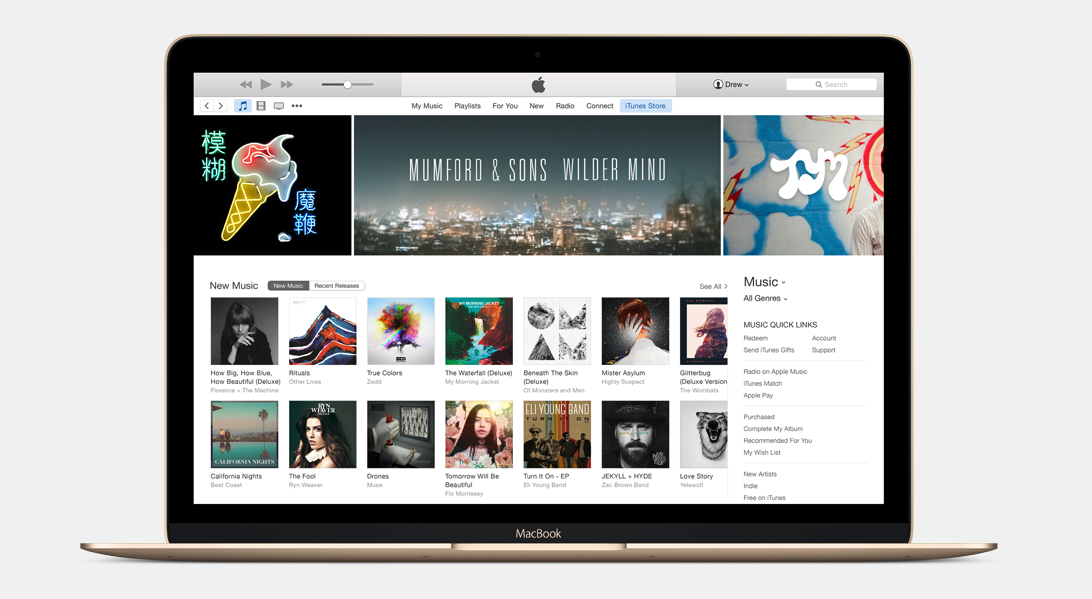 In addition to iOS 8.4 and OS X 10.10.4, Apple has released a new version of iTunes for Mac that brings Apple Music to the desktop. The update also supports streaming Apple’s new Beats 1 24/7 live radio station and includes a refreshed icon.  In addition to the My Music, Playlists, Radio, and iTunes Store tabs under Music on iTunes, the new update also adds Apple Music’s new For You section for viewing music similar to your taste, a New section for promoting newly released material, and a Connect tab for following artist activity including sound clips, videos, and photos shared.

The latest version of iTunes is available through the Updates tab on the Mac App Store. 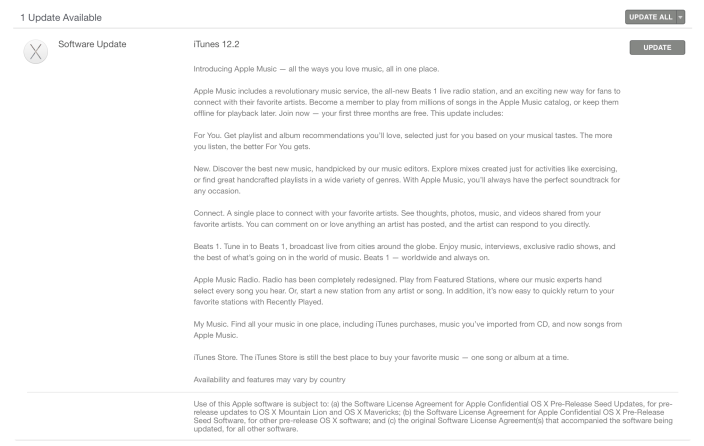