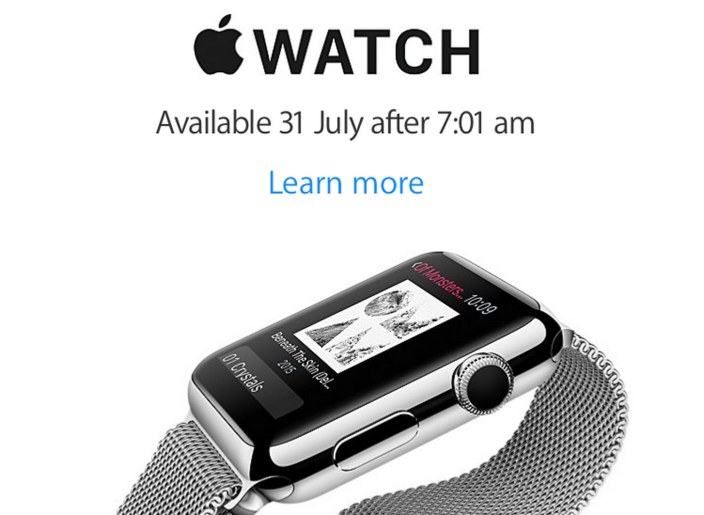 After its initial launch in nine countries in April, followed by seven more late last month and a handful of other countries launching later this week, Apple Watch will arrive for customers in New Zealand for the first time on July 31st. Apple has quietly made the announcement on an updated product page within its Apple Store iOS app, as pictured above.

The launch in New Zealand will follow a few countries going live later this week on July 17th, including the Netherlands, Sweden and Thailand. The latest Apple Watch launch saw the device released in Italy, Mexico, Singapore, South Korea, Spain, Switzerland and Taiwan last month, while the United States, the United Kingdom, Australia, Canada, China, France, Germany, Hong Kong and Japan had access to the device at launch back in April.

Apple hasn’t made an official announcement for what will be the fourth wave of Apple Watch launch countries, and it’s unclear at this point if others will join New Zealand on the 31st (but we’re on the lookout for others).

Customers in New Zealand will be able to purchase Apple Watch starting 7:01am local time on July 31.