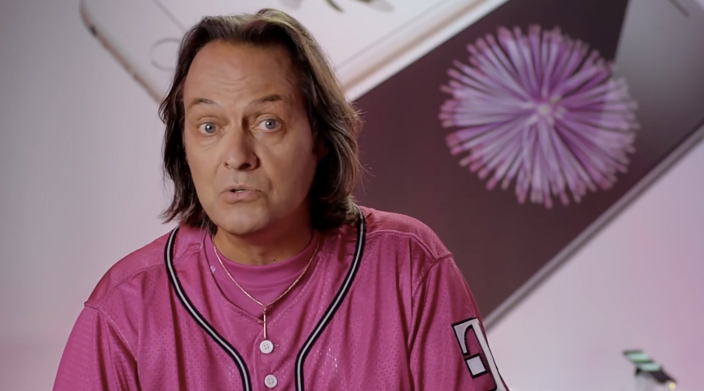 Summer for T-Mobile this year has meant announcing a series of promotions and plans dubbed #UncarrierAmped. Today, the company launched the latest, and last of these moves. This time it’s all about Apple. John Legere announced in a blog post that the company is adding Apple Music to its Music Freedom free music streaming service and is going to offer this year’s — as yet unreleased — iPhone to anyone buying an iPhone 6 over the next couple of months.

Since its inception last year, Music Freedom has grown in popularity almost exponentially. T-Mobile customers now stream up to 131 million songs every day, and don’t have to pay for the data, or have it come out of their Simple Choice allowance. Apple Music, unsurprisingly, became a very popular request from T-Mo customers who wanted to take advantage of Cupertino’s latest music subscription service, and stream it as much as they like. Apple Music joins a list of 33 music streaming services now available on T-Mobile’s Music Freedom which already included iTunes Radio.

As part two of today’s announcements, T-Mobile is also gearing up for the next iPhone’s launch and offering its customers a unique deal on current iPhones. Customers who buy an iPhone 6 this summer can upgrade to the next generation iPhone for free, as long as they do it before the end of the year. The idea is that customers don’t have to wait on buying a new phone just because they know a new iPhone is coming in a few months. Snag an iPhone 6 on the company’s JUMP! on Demand early upgrade program now, then trade in the iPhone 6 when the next Apple smartphone launches, without having to pay any extra fees.

This time of year, everyone’s waiting to make a move, waiting to see which devices are coming next. “Will the next one be better?” “Should I go for it or wait?” Today, we’re solving all that and ending the wait—in a big way. Now, every single customer who gets a new iPhone 6 this summer as part of this deal can simply swap it for the next iPhone, if they upgrade before the end of the year. Yeah, that’s what I said. Just swap it out and pay NOTHING more—nothing up front and no change to your monthly payment.  No deposit.  No fees. Nothing. You get the next iPhone guaranteed.

What’s more, those who do buy an iPhone 6 on the JUMP! on Demand program will also be given priority when it comes to ordering the next iPhone. If you order the next-gen Apple device within the first 48 hours of it being available, your order will be bumped up to the front of the list.