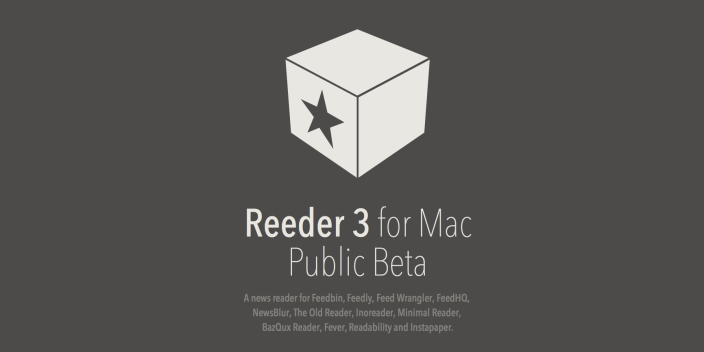 We know the developer behind the popular RSS client Reeder has been working on a version 3.0 update for OS X 10.10 Yosemite as we last saw a teaser in April. Today users get the first chance to try out the redesigned RSS service reader as the first public beta for Reeder 3 has gone live. The updated version sports a user interface designed for Yosemite and beyond, more themes for making reading comfortable, and even a few OS X El Capitan features. Reeder says the new version will be available as a free update to current Reeder 2 customers when it’s completed. For now, anyone can try out the public beta of Reeder 3 for Mac. The app works with many popular post-Google News RSS services including Feedly and Feed Wrangler as well as read-it-later services like Instapaper, a new addition to the app, and Readability. Reeder can also be used as a local standalone RSS client without syncing features.

Aside from the visual refresh including a new icon and added themes, the new version also includes features like private browsing and better smart folder support. 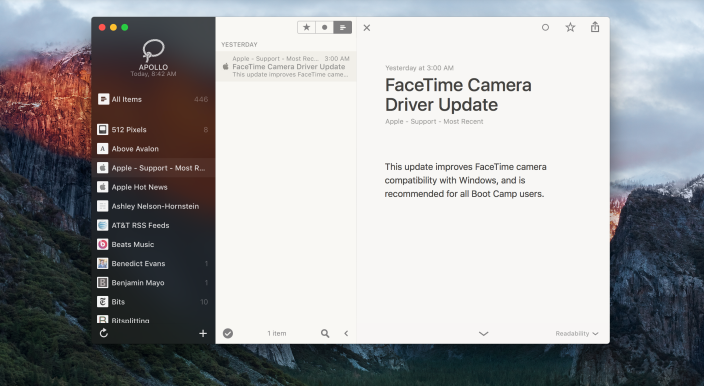 Reeder 3 public beta requires OS X 10.10 Yosemite or later. You can grab the public beta for free from reederapp.com, and Reeder 2 is available for $9.99 in the Mac App Store. You can buy the current version and update to the new version when it’s complete.