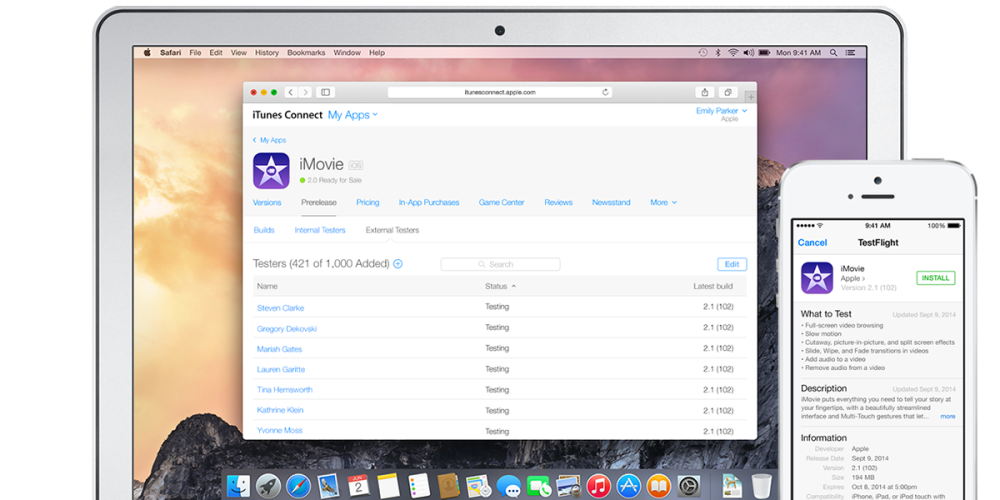 Apple highlights the added support for iOS 9 app distribution in the latest version of its TestFlight app for iPhone, iPad, and iPod touch. Apple has also added app-specific notification support in the new TestFlight update:

Testers can now choose how to receive update notifications for each app they are testing. Also, watchOS 2 beta apps will install automatically when the “Automatic Downloads” setting is turned on in the Apple Watch app.

Developers and testers can update to the latest version of TestFlight for iOS via the App Store. While the update adds support for iOS 9 features and watchOS 2 apps, testing is still be limited to smaller, internal groups and not external test groups yet. Both iOS 9 and watchOS 2 are due out for iPhone, iPad, iPod touch, and Apple Watch later this fall.

Update: Apple has sent developers an email which clarifies that today’s TestFlight update does not yet extend to support external test groups; developer testing has also produced in this conclusion. 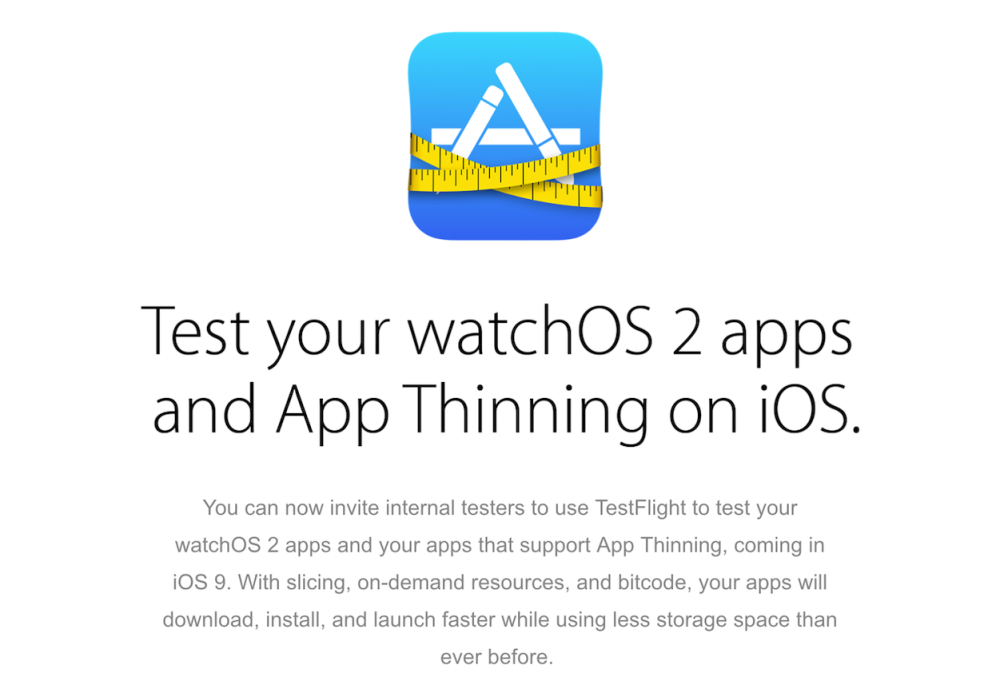