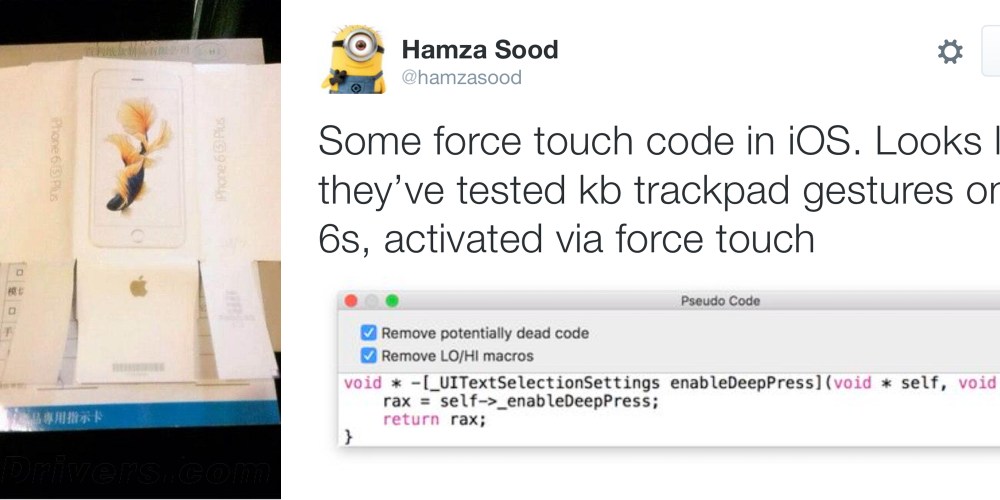 As we approach the iPhone event, with invites very likely to go out to press shortly, we have more iPhone 6S rumors to discuss. Firstly, Hamza Sood has once again peeked into the iOS 9 source code and found references to ‘deep press’ gestures. This seems to confirm the existence of Force Touch in the new iPhones, which at this point is no surprise. Force Touch is widely assumed to be coming to all of the new iPhones and iPads Apple will announce this year. 9to5Mac reported that Force Touch will be used for various things across the OS: Sood found the Force Touch code reference in text selection code and appears to mean that a Force Touch gesture will activate the keyboard trackpad scrolling … a new feature for iPads in iOS 9.

A packaging photo has also leaked, although the validity is highly questionable. It appears to show packaging for the iPhone 6S Plus … 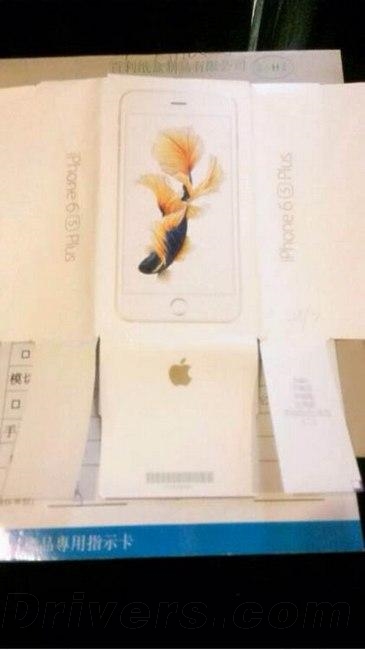 The photo comes from Chinese website cnBeta. It’s low resolution which makes it hard to check for telltale signs of fakery, but it seems to show packaging for the larger 5.5 inch iPhone, seemingly ‘confirming’ the iPhone 6S Plus naming scheme. The packaging uses a wallpaper matching the style of the current iOS 9 betas, but with what appears to be a gold and black butterfly koi – an image not currently included in iOS 9 that would reference a classic Chinese symbol of wealth and prosperity. Adding an image to an existing box is extremely easy to fake, so take it with some skepticism. However, iPhone packaging leaks have yielded true before, notably with iPhone 5s packaging leaking ahead of the event to reveal the Touch ID feature.

The cnBeta report also includes details about the iPhone 6S and iPhone 6S Plus battery, claiming that they will be smaller than the current generation. It says the Plus will go from the current 2910mAH rating down to a 2750mAH battery capacity. Although again unsubstantiated, assuming it is true, it is unlikely to indicate that the new iPhone battery life will be shorter. The more probable outcome is that Apple has managed to make the new iPhone hardware more power efficient so heavier, larger, batteries are unnecessary.

Apple is expected to announce the new iPhones, and maybe a next-generation Apple TV product, at an event in early September, likely September 9th. Media invites for Apple’s event are expected to go out soon.