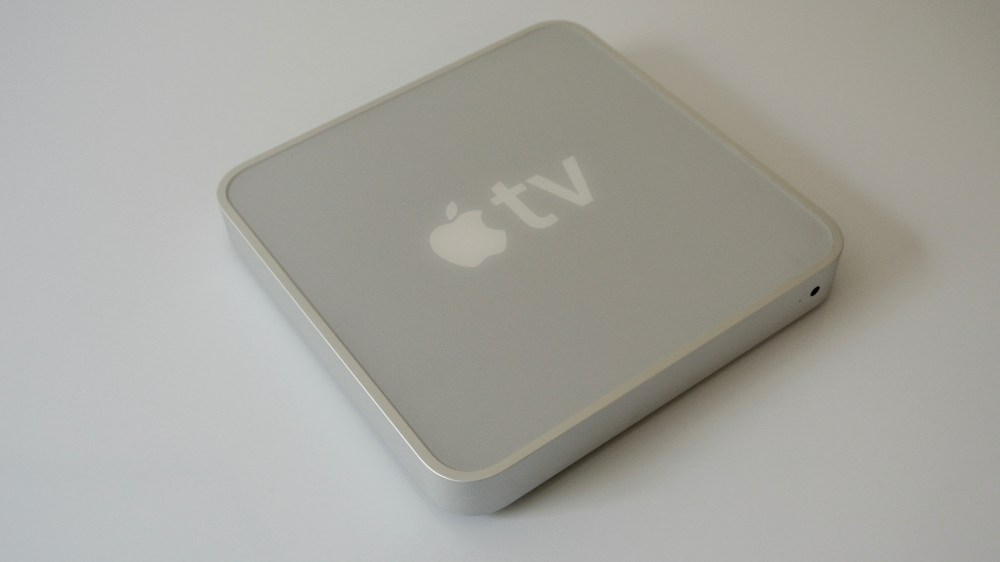 Apple is about to discontinue repair support for a handful of products as it plans to designate some Apple TV, iPod, and display models ‘obsolete’ a day before its iPhone event next month.

The products receiving obsolete status include the original Apple TV, Mac mini (late 2009), Apple LED Cinema Display (24-inch), Apple Cinema Display (30-inch DVI Early 2007), 2nd and 3rd generation iPod touch, 3rd generation iPod shuffle, 5th generation iPod nano, and the iPod classic. All of the products become obsolete (or vintage where applicable) across all of Apple’s markets worldwide (as noted in the screenshot of a leaked internal document below) and will no longer be eligible for service or hardware support through Apple’s retail stores or third-party service providers.

The products are scheduled to become obsolete early next month—just one day before Apple is expected to hold its press event introducing new iPhones—on September 8th. Apple is also thought to be planning to unveil the long-awaited next-generation Apple TV set top box that we’ve detailed extensively.

Devices from Apple usually get the “Obsolete” status 5-7 years after manufacturing has been discontinued. Apple’s “Vintage” status only applies to California and Turkey, where the company is required to continue offering support. Once a product becomes obsolete, it no longer offers service or hardware repairs through its own Apple retail stores or authorized service providers. 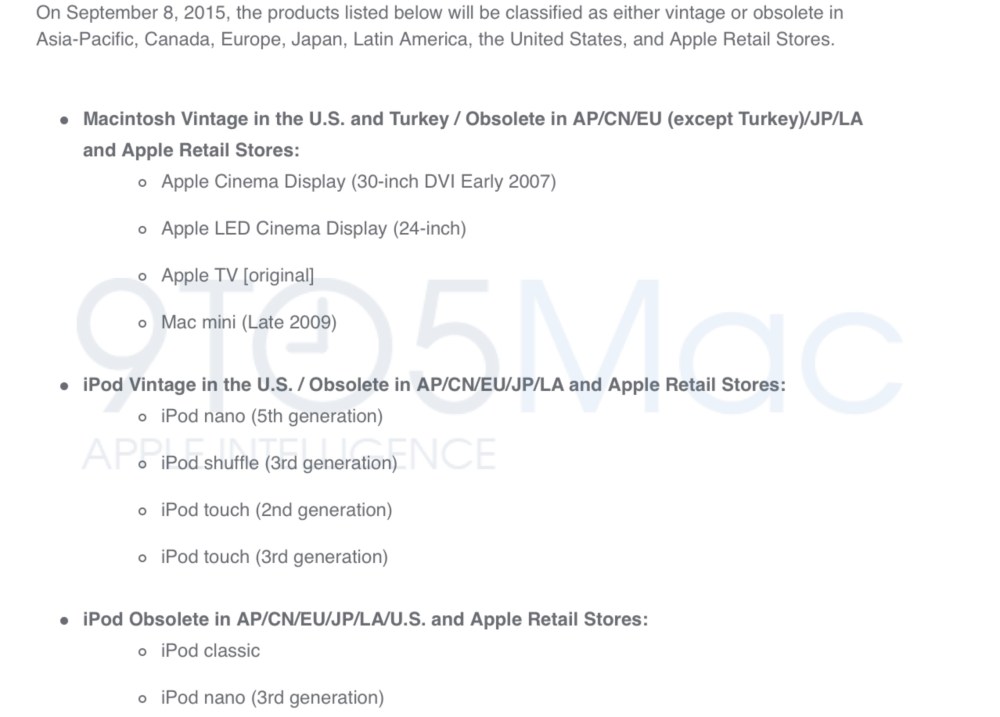