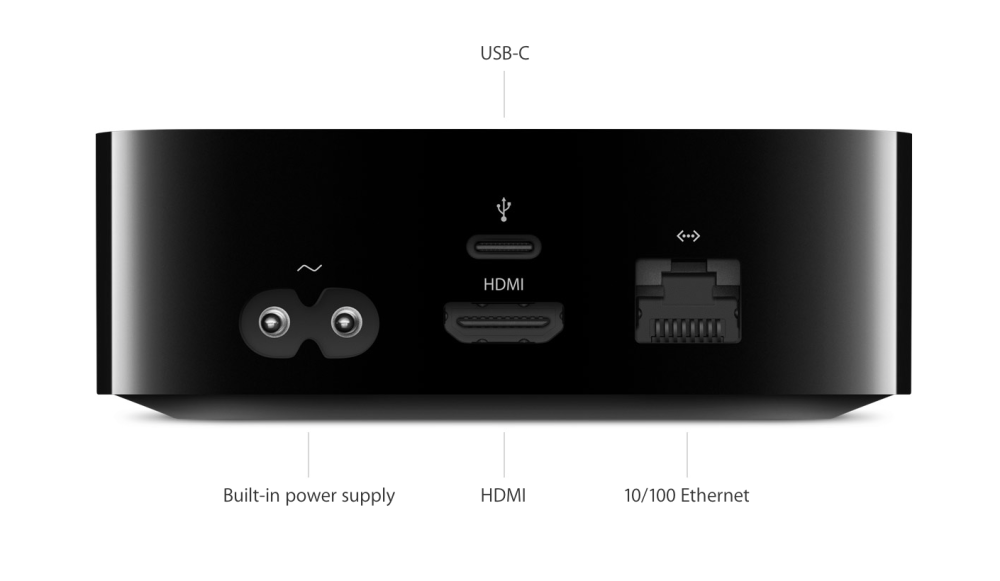 On Apple’s public specs page, it says that the new Apple TV includes an A8 chip and that’s about it in terms of the bundled SoC. However, Apple’s developer documentation goes into more detail specifically listing the hardware as having 2 GB RAM (via Steve Troughton-Smith). This means the internals are actually better than the A8 in the iPhone 6 and latest-generation iPod touch, which only have 1 GB of RAM.

These are the specs Apple lists in the developer documentation:

The new Apple TV has the following hardware specifications:

The upgraded RAM will help the Apple TV with improved video caching as well as overall better performance playing games, opening apps and navigating the interface. Apple has likely made an exception to the norm and informed developers about the different RAM specifications so they don’t wrongly extrapolate assumptions from the A8 in other Apple devices.

Also, rather amusingly, the new Apple TV still lacks gigabit ethernet. Whilst the internal WiFi has been upgraded to 802.11ac, the internal Ethernet is unchanged and maxes out at 100 megabits. This means if you want the best speeds for streaming, you should actually use the latest WiFi to get connected rather than plugging in a cable. You may still want to use Ethernet as this will likely outstrip any WiFi setup in terms of latency and general connection reliability.

Interestingly, the new Apple TV has an internal identifier of 5,3. The last public Apple TV was 3,2 indicating a fair few internal revisions took place before they settled on this iteration of hardware.

Since the new AppleTV is labelled as "AppleTV5,3", I wonder how many were internally prototyped since the last generation "AppleTV3,2"…

Some Apple TV owners may be disappointed that Apple has removed the optical audio port in this version. Audio is now only sent over the HDMI cable along with the video. If you relied on the optical audio jack, you are now effectively out of luck if you want to buy the new model … unless you buy a splitter box that converts HDMI into HDMI and optical output.