Apple Watch Diary: Native apps or not, my usage pattern remains the same 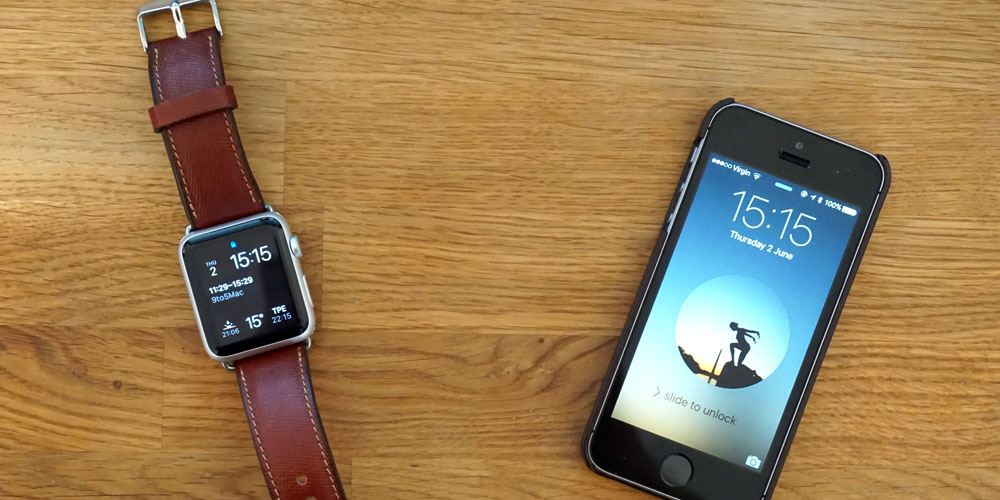 It’s been a while since my last Apple Watch diary piece, prompted by the experience of losing access to Apple Pay for a couple of days. Unless you get excited by straps, we haven’t seen much in the way of new developments of late, but one thing did change yesterday: that was the date from which only apps using the native SDK would be accepted into the App Store.

The sluggish performance of the Watch was our most immediate complaint when a few of us here looked back at our experience of the wearable over the year. All too often, you open an app or select a Glance and then spend several seconds – and sometimes much longer – staring at those spinning dots. Less a Glance and more an Impatient Stare.

I’d hoped that the switch to native apps might improve things notably, but so far I can see no evidence of this – which means that, of the eight different ways in which you can use the Apple Watch, I’m only using a subset of them …

So, what are the eight ways you can use a Watch, and which of them do I use personally?

First, you can simply twist your wrist and read the information on the watch face itself. I’ve stuck consistently to the Modular face, with minor modifications of the data fields, so I can see quite a lot of information instantly, and I look at it several times a day.

Second, you can do the same thing when notifications arrive. Hear the ping, twist your wrist and see the alert. That was the main reason I was still wearing it on a daily basis one month in, when I was first wondering whether it was time to lose the ‘skeptic’ tag. It’s still my main reason for wearing it today.

Third, you can get alerted to things via taps, be it directions or prompts to move on in your workouts. I make modest use of those.

Fourth, you can use Apple Pay. I do that for almost every transaction below the £30 ($45) limit currently applied to all contactless transactions in the UK. Update: It appears that this limit no longer applies in stores that specifically accept Apple Pay rather than just generic contactless payments.

Fifth, you can use Siri. I do this pretty often, but only for simple things I know Siri can do on the Watch itself. There are far too many queries that end like this:

Sixth, you can use Glances to do anything from listening to music to getting directions. I used to use those a lot, but grew frustrated at how slow they were, so now almost never do.

Seventh, you can send drawings, heartbeats or taps to another Watch user. I’ve always seen those as cute things to do with your partner, not a friend, and mine doesn’t wear a Watch.

Finally, you can open apps. This I almost never do: it’s just too frustratingly slow – and that’s even before you consider how many times you see something like this:

In other words, my personal usage of the Watch is almost exclusively passive. Glancing at the watch face. Reading notifications. Getting taps for directions. Siri is an exception, but I keep my usage simple. Apple Pay requires me to press a button but is essentially passive. The more interactive stuff – Glances and apps – I rarely use, and the reason for that is mostly the performance. I want my Watch interactions to be instant, and those aren’t.

It’s too early yet to reach a definitive conclusion about whether the switch to native apps will make a notable difference. Yesterday’s deadline was for app submissions, not for installations, so the apps we already have installed may still be non-native. In fact, given that most developers will be waiting to see what happens at WWDC, it’s likely that very few have bothered to update as yet.

But you would think that Apple would at least be leading the way with its own apps, and if Apple’s App Store apps are now native, I’m not seeing any difference.

Maybe watchOS 3 will improve performance enough to make a difference, but I’m not holding my breath. I suspect we’ll need to wait for the next-generation watch for any significant increase in speed.

None of this reduces the value of the Watch to me, of course: the combination of the convenience of at-a-glance notifications and Apple Pay is enough. Indeed, even if Apple Watch 2 offered a really snappy performance, I’m not 100% certain that would be enough to justify the upgrade.

Why so? Because, however snappy the performance, the Watch is a tiny screen on which to interact. There comes a point when it’s just easier to reach into my pocket for my phone – or, indeed, into my bag for my iPad. So perhaps ultimately my complaints about the speed will prove to be irrelevant.

Of course, I’ve been wrong before about the Watch, so I’m not making any definitive statements! As with version 1, I’ll buy version 2 whenever it rolls around and then we’ll see …

What about you? Do you, like me, mostly use the Apple Watch passively? Or do you actively use Glances and apps too? Take our poll to let us know, and share your thoughts in the comments.