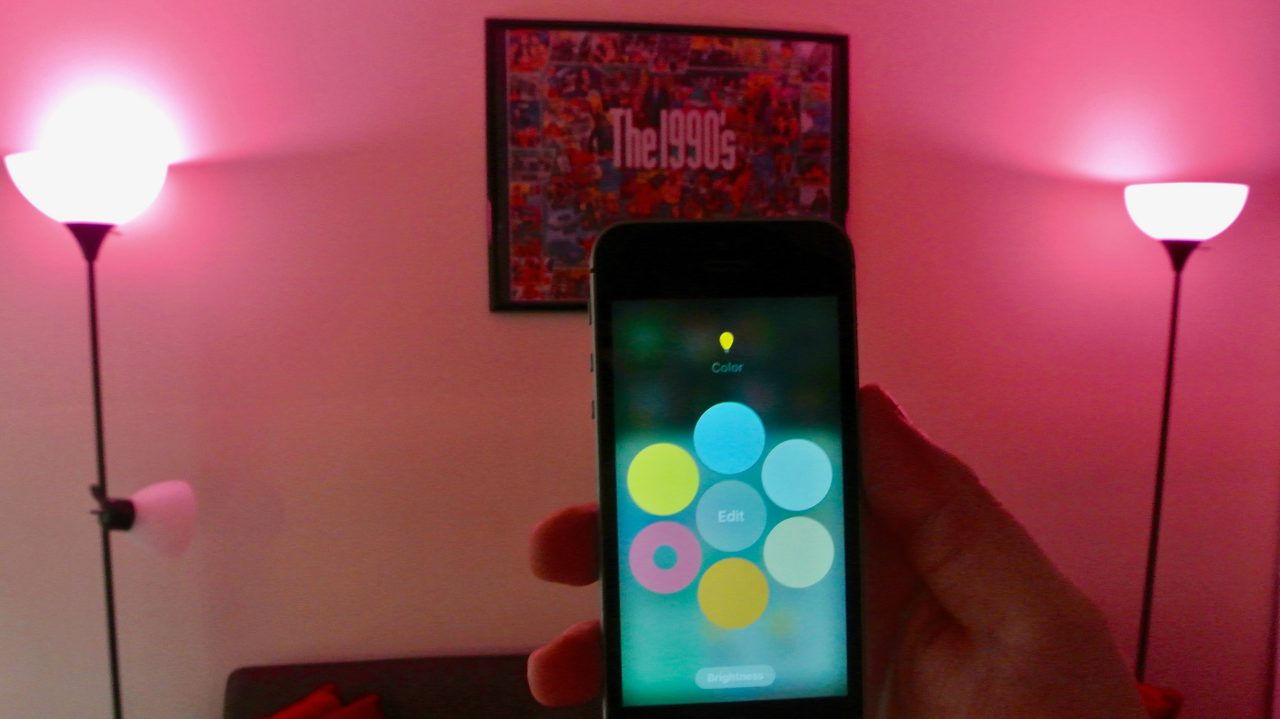 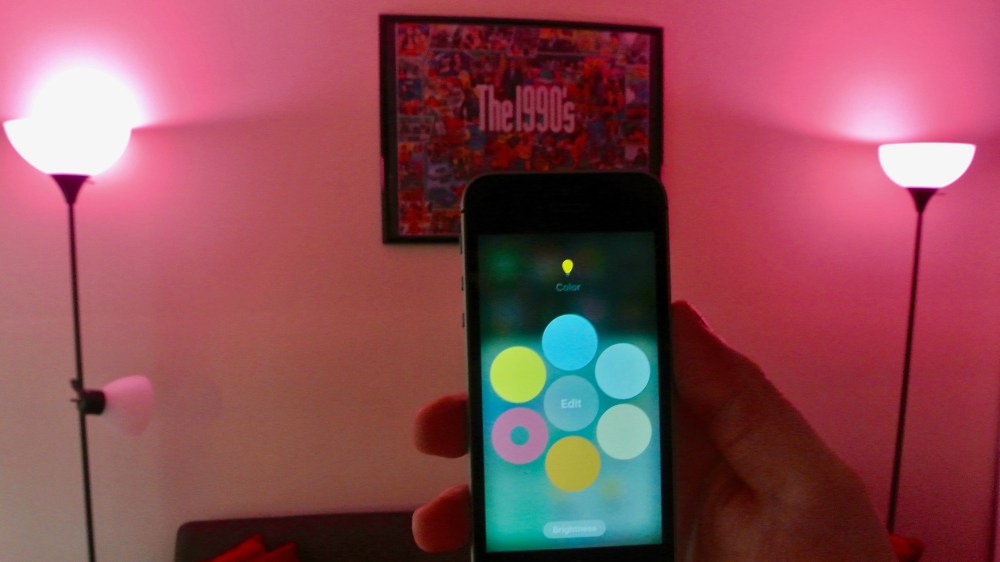 HomeKit, Apple’s smart home accessory framework, is gaining some much needed attention in iOS 10 and watchOS 3 thanks to a new built-in Home app for iPhone, iPad, and Apple Watch. Apple previously relied on third-party apps from accessory makers to control the HomeKit experience, using Siri as the only first-party controller, and various apps like the third-party Home app and Hesperus filled in the void.

Apple’s new Home app comes with a modern look, relatively easy-to-use controls, and access to accessories and scenes from anywhere on iOS 10. Check out our hands-on below to see Apple’s Home app for iPhone, iPad, and Apple Watch in action.

iOS 10 puts Apple’s new built-in Home app on the iPhone’s Home screen, plus you can access a ton of functions from the lock screen or anywhere on iOS from the new Control Center (a swipe up from the bottom of the screen) once you have a HomeKit accessory set up.

Testing on iPhone SE, HomeKit shortcuts in Control Center show up for nine favorite accessories and eight favorite scenes; 9.7-inch iPad Pro presents 12 accessories and 12 scenes. You can tap the Home icon to launch the full app or tap scenes/accessories to toggle between the two modes. The grid of shortcuts is fully functional just like being in the full app. Pressing and holding any accessory shortcut invokes a full screen controller.

The first Home screen gives you a summary status of what’s happening around your house and lets you customize and arrange your favorite scenes and accessories. You can also add new accessories to HomeKit from this screen; previously you needed to download each accessory maker’s app.

The Rooms screen lets you swipe between various rooms you create in your house, and only scenes and accessories relevant to each room will appear. Each room can have its own wallpaper too, so you can visually distinguish which is which.

Third is the Automation screen which lets you put HomeKit to work using various triggers to active scenes and accessories. We’ll explore this further in a moment.

Many HomeKit accessories can be toggled with a tap, and pressing and holding on a tile from Control Center or within the app invokes a full screen controller with more options when available. For example, Philips Hue Color Ambience lights support a range of color options so Home lets you pick from a color wheel, preset colors, or my color temperature. The interaction is very fast and fluid. Editing from the color wheel lets you save the six preset colors to your favorites.

You can also control brightness with a very slick slider. My HomeKit setup includes the three colored bulbs that were bundled with the bridge plus more affordable Philips Hue White bulbs, which are limited to brightness control throughout the house. Switches like the iHome Smart Plug are limited to either on or off and the control reflects that. Locks like the August Smart Lock will also feature a basic controller with locked and unlocked states.

And this is how smart thermostats appear in Apple’s Home app. Testing with the ecobee 3 Wi-Fi Thermostat, Home presents a slider control that lets you easily adjust the target temperature from anywhere, plus you can quickly change between modes including off, heat, cool, and auto which uses temperature ranges to heat and cool. The major benefit here is having a single app and user interface to learn for controlling accessories from several different companies with totally different apps.

The Automation screen is where you can really put HomeKit to work. iOS 10 includes new triggers for automating actions including one that I really wanted: sunrise/sunset. This lets me automatically turn on my three porch lights at sunset and turn them off at sunrise.

Before iOS 10, I used time to automate this but sunset time varies dramatically throughout the year so that required updating every few months. I’ll likely still use time to turn off my outside lights at midnight as they don’t need to be shining all night, but sunrise will also be a very useful trigger. Think about turning on a coffee maker or setting your Good Morning scene at sunrise.

Automation in the Home app also supports location when arriving or leaving any address, using other accessory actions as triggers, and sensors like motion detectors and smoke detectors. You can also easily disable automations without fully deleting them if you need to slow down some automation while you’re away.

The user interface of the Home app on iOS 10 carries the same style as the new Apple News and Apple Music apps, but you can still find basic iOS-looking screens as well. These tend to look more like the Settings app, and that’s just what they are. The benefit here is you know where you should spend your time in the Home app, and what sections you should only visit for tinkering or tweaking preferences. You can also find shortcuts to accessory apps which can still be useful for firmware updates and such.

iOS 10 is only in its first beta at this point and a lot could change before it launches later this fall. In its current state, the Home app seems to ignore HomeKit accessories that rely on Bluetooth connectivity like Elgato Eve devices, but we’ll monitor this and update if that changes. These are all fully supported on iOS 9 and work in third-party HomeKit apps, so Apple’s Home app is the odd man out here.

There are also new categories of HomeKit accessories available in iOS 10 that don’t have updated hardware yet. Examples include doorbells, camera, and air purifiers. The August Doorbell Cam that’s already on sale will receive a firmware update later this fall that enables HomeKit support without needing new hardware, and Canary has already committed to working with HomeKit later this year as well.

The new Home app isn’t limited to iOS 10 either as watchOS 3 includes a version for Apple Watch. Here you’ll see the basic controller functionality of the iOS version including a vertical carousel view of scenes and accessories. Tapping a scene actives it and accessories offer the right controls. For example, you can adjust the brightness percentage and pick from six color options on Apple Watch to control colored bulbs. Siri is required for more advanced controls however.

Home on the iPad is also quite nice. It features the same layout as the iPhone version, but on a much larger canvas. If you have an old iPad 4 lying around, mounting it to a wall and running the Home app can give it some impressive new functionality. Control Center access to Home favorites is also available on the iPad from anywhere on iOS 10. 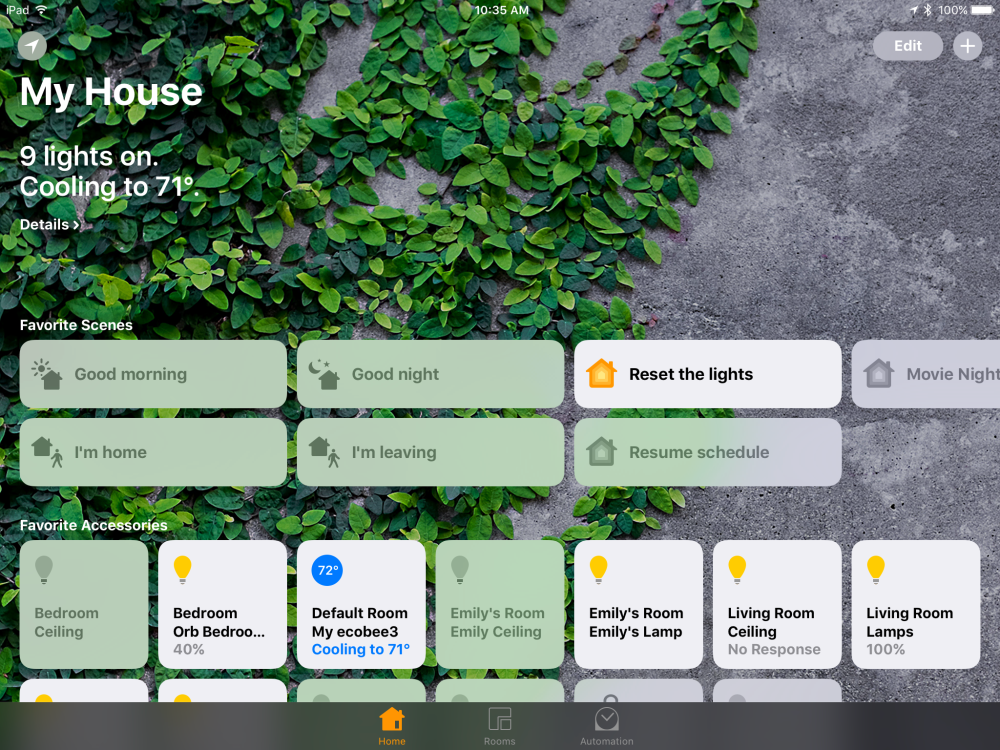 Follow the Details > link to see an overview of what state each accessory is currently in. Home will also single out accessories that you may need to pay more attention to like unlocked doors. 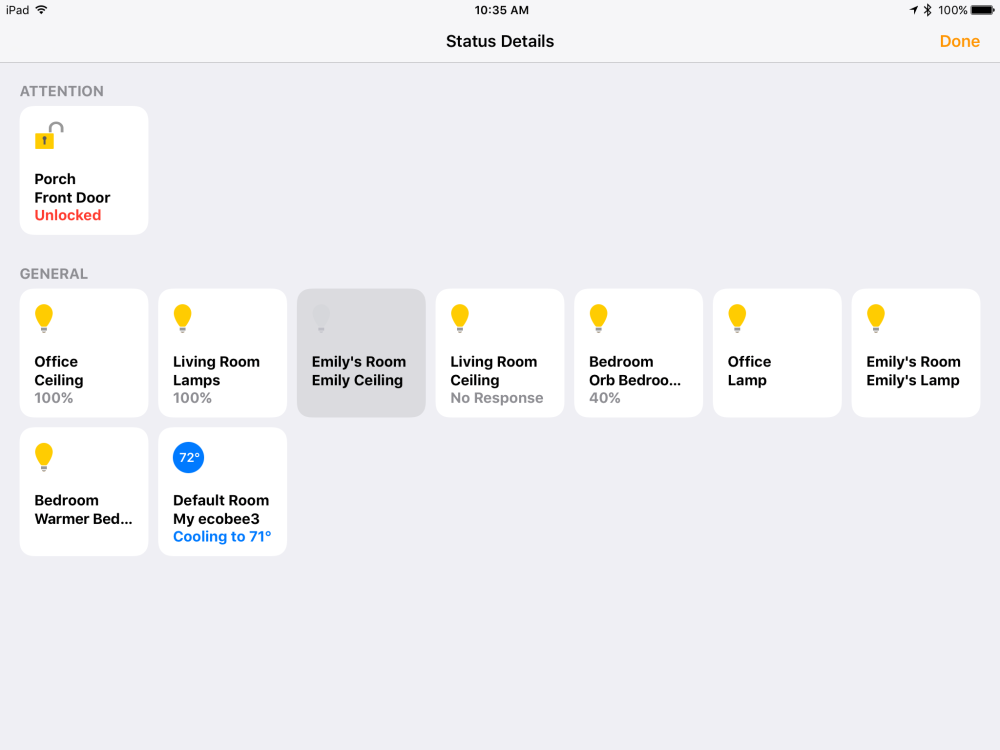 Overall, Apple’s new Home app on iOS 10 is very impressive and quite promising. I worried before WWDC 2016 that Apple might not match the functionality and customization of the excellent third-party Home app, but Control Center access to favorite scenes and accessories gets it close. Including the Home app out-of-the-box will also bring more attention to HomeKit and likely introduce new users to the home automation feature, and users that don’t want it can delete it to hide the icon. 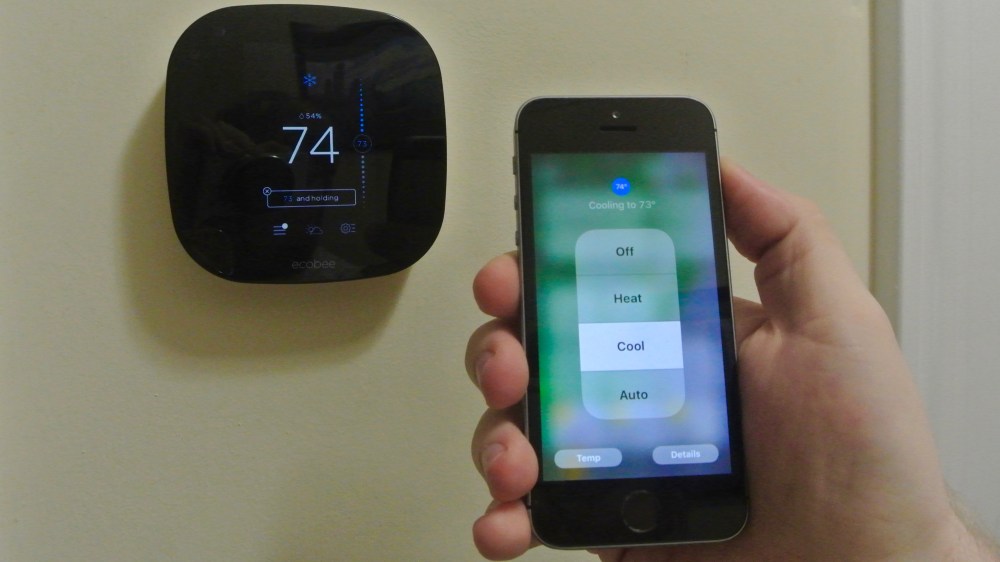 It was definitely the right move to create a first-party Home app for HomeKit as Siri really needed a user interface to build all the controls it can handle, and accessory makers needn’t carry that burden now. Apple’s Home app does have a slight learning curve (just like HomeKit), but the popular third-party Home app does as well. Their interfaces vary quite a bit, too, so I imagine users will have their own personal preference. The third-party Home app will have the benefit of updating frequently, however, and that could put it ahead of Apple’s option in the future. For now, I’m super happy with what Apple has created on iOS 10.

[Bonus tidbit: Apple TV gains HomeKit support and Siri control (but no Home app so third-party developers still have an opportunity here). From testing, however, Apple TV is limited to what type of accessories it can control. Specifically, locks can’t be controlled with Siri on Apple TV (my guess is for security reasons) which rules out scenes that include locks. I removed ‘lock the door’ from the Movie Night scene for this reason.]