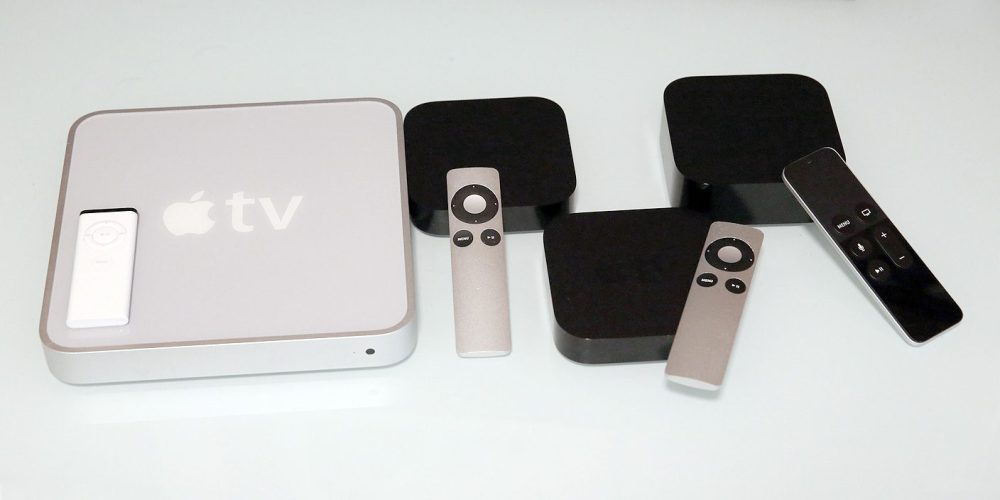 Apple first unveiled the tvOS-powered Apple TV over a year ago, and since then, not much has been rumored in terms of future hardware iterations of the device. Now, however, the first evidence of a future Apple TV hardware model has purportedly appeared in developer logs…

According to the co-founder of Firi Games, an iOS and tvOS gaming company, a device carrying the “AppleTV 6,2” identifier has appeared in usage logs. The identifier reportedly carries an IP address that falls within close proximity to Apple’s headquarters, leading further credence to the possibility of this being a future Apple TV hardware iteration. Furthermore, the current fourth-gen Apple TV carries the Apple 5,3 identifier, making 6,2 a logical step forward.

In addition to suggesting a possible hardware refresh, the “AppleTV 6,2” is also purportedly running tvOS 11. Currently, Apple is beta testing tvOS 10.2, so tvOS 11 will likely be the next major release of the operating system. At this point, however, not much is known about what to expect with future tvOS updates.

While it’s altogether possible that this is an error or fake, such information has leaked and been accurate in the past. Prior to the launch of the iPhone 5S, for instance, evidence of such a device appeared in developer logs and turned out to be accurate.

Rumors of what to expect with future Apple TV iterations have been few and far between. A report from Bloomberg last month suggested that Apple was testing a new version of its set-top box with support for 4K video, a feature notably lacking from the current model. That report claimed that the 4K model is codenamed “J105,” but it’s important to note that codenames and identifiers in developer logs aren’t necessarily the same thing.

As for a release, Bloomberg’s report claimed that the new 4K model could come as early as this year. Given that the device has now started appearing in developer logs, such a release now seems very plausible.

What new features are on your wishlist for a future Apple TV hardware update? Would you be happy with just 4K support or would you want more? Let us know down in the comments.