Apple has started promoting iOS 11 to its iPhone, iPad and iPod touch user base ahead of the new OS’ launch later this month. The Tips app is sending out notifications like ‘Learn about the new Control Center coming in iOS 11’ as of this morning.

Users can tap through to the Tips app to preview some of the new features; Apple is advertising the new Control Center, Do Not Disturb While Driving, the new Files app, and more.

Apple is sending out these alerts earlier than normal, to get people excited for the software update which does not yet have a firm release date.

That being said, iOS 11 almost certainly shipping this month as it will be pre-installed on the new iPhone 8 and Edition models being announced at the press event on September 12.

It is possible that Apple releases iOS 11 on the same day as the event, although it usually waits until a few days before the new phones are released.

With an event date set date for September 12, Apple is expected to release the new iPhones on September 22nd.

This would mean iOS 11 would be released to the public on September 19 or September 20. Apple will announce the exact release timing of iOS 11 at the September iPhone event, which is now less than a week away.

The tips are accompanied by short video clips that show off the features in action. For example, the Control Center video shows off the new single-page design of the view and how users can 3D Touch on a platter to reveal more information. 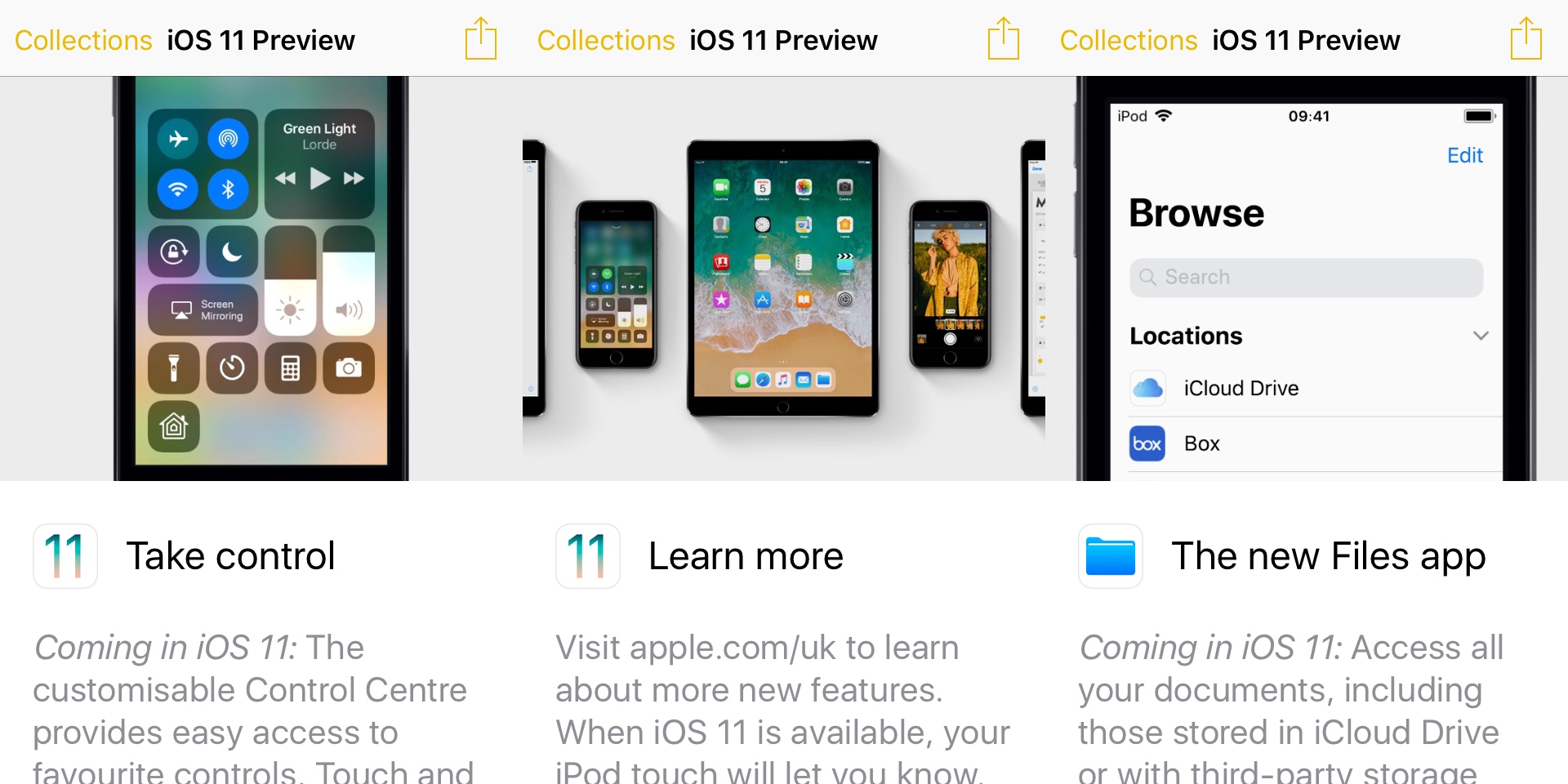 The tips shown vary depending on the device in question. For iPhone, Apple is pushing Do Not Disturb While Driving, the new music DJ features with Apple Music and Siri, redesigned Control Center, and the new Live Photo effects like Bounce and Loop.

Unsurprisingly iPad users are receiving alerts focusing on the new multitasking features, the ability to summon the Dock from anywhere, drag and drop, as well as the new features in Notes like tapping the lock screen with the Apple Pencil to instantly create a note. Users are directed to see all the new features on the iOS 11 preview site.

The only iOS 10 devices that cannot run iOS 11 will be the iPhone 5, iPhone 5c and fourth-generation iPad.