According to data from Flickr, iPhones take the top spot with 54% of the top 100 cameras used by photographers. Behind Apple’s best-selling device, comes Canon in second place with 23% and Nikon rounding out the top three with 18%.

Based on Flickr’s numbers, that means that all other cameras combined only took up 5 of the top 100 cameras. All of the numbers in this study are based on usage from Flickr’s 75 million users. 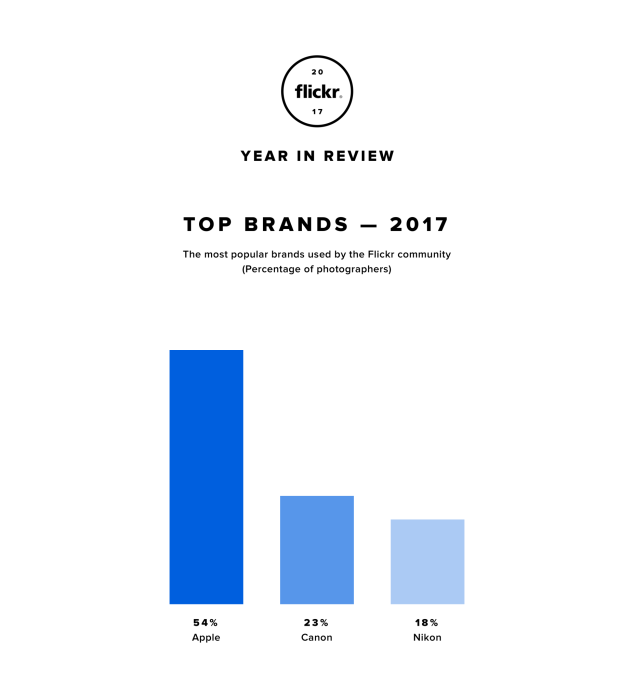 Last year, Apple was still in the lead but with only 47% of the market covered, and was in second place behind Canon back in 2014. This means that iPhone camera use has exploded in the last three years.

Beyond Apple’s sheer dominance in this study, Smartphones in general continue to take over the camera market. Flickr says that 50% of all photos uploaded in 2017 were from a smartphone, which is up from 48% last year.

However, DSLR usage also went up from 25% to 33%, meaning that the point-and-shoot genre has dropped significantly. With camera advancements every year by companies like Apple, our phones are becoming out point-and-shoot cameras. 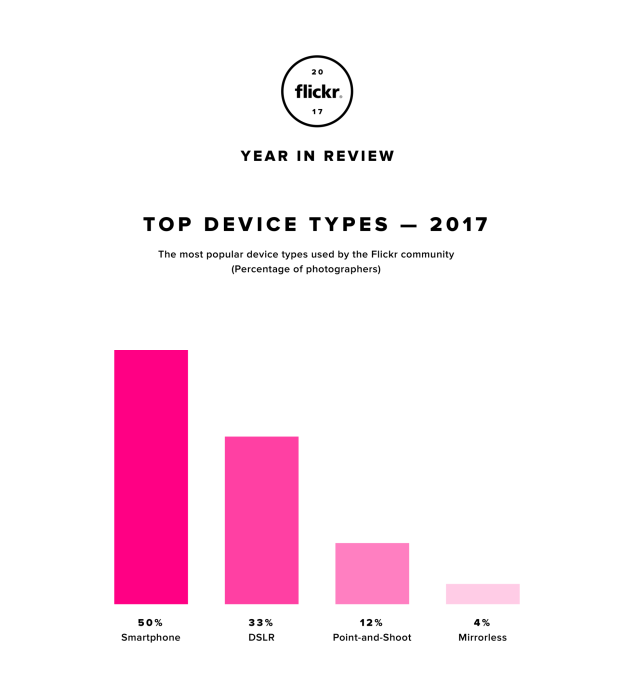 The most interesting fact though is not just Apple’s popularity over DSLR’s. It’s the near sweep of the top 10 most cameras used. According to Flickr, all but 1 of the top devices this year were iPhone models. The only holdout was the Canon 5D Mark III at ninth.

With the popularity of the iPhone X, I expect we might see similar numbers next year and possibly a full sweep of the top 10.

Do you use your iPhone camera on a daily basis? Do Flickr’s numbers sound right to you? Let us know in the comments.