Apple Stores always seem to be packed to the gills with customers waiting for tech support at the Genius Bar, and that’s doubly true now with Apple’s discounted battery replacement program for iPhones throttled by aging batteries. A promised update to iOS coming in the future will certainly increase the number of users who are aware of the need to replace batteries even more, so now is the best time to take advantage of the replacement discount.

Have an iPhone 6 or later? Your iPhone qualifies for a $29 battery replacement with no questions asked. That’s because Apple began throttling performance of these devices with aging batteries in an iOS update last year as a solution to iPhones shutting down unexpectedly during peak performance.

The regular replacement cost is $79 for parts and labor, but Apple has discounted that cost through 2018 in response to customers unhappy with how Apple handled the situation. So any iPhone customer who suspects their iPhone may be slowed down by an older battery can take advantage of the discount, and that means a flood of customers doing just that at Apple Stores.

This is already happening according to The Washington Post’s Geoffrey Fowler who writes that about his experience using the program:

When I showed up with an appointment at my closest Apple store on Jan. 3, there were so many others also trying to replace their batteries that I had to join a weeks-long waiting list. Your local shop might have more supply, but battling hordes for repair (rather than a sexy new phone) is an unusual experience at an Apple store.

iFixit’s Kyle Wiens hypothesizes that it may not actually be possible for every iPhone customer eligible to take advantage of the program if they wanted to:

Apple reportedly has 47,000 retail employees. If they trained all of them to do iPhone battery swaps, and they did nothing but that, it would take 2.7 years to clear out the backlog. But by then, more iPhones would need new batteries.

The current iPhone battery saga certainly hasn’t gone under the radar in the headlines, but a promised update to iOS will likely increase the number of customers who decide to have their batteries replaced. That’s because Apple says it will begin making battery health more transparent for customers:

Early in 2018, we will issue an iOS software update with new features that give users more visibility into the health of their iPhone’s battery, so they can see for themselves if its condition is affecting performance.

If you’re on the fence about spending $29 and spending your afternoon waiting for a battery replacement, seeing your iPhone actually verify that your battery needs serviced to restore full performance will push even more customers to flock to the Genius Bar in search of a fresh battery. 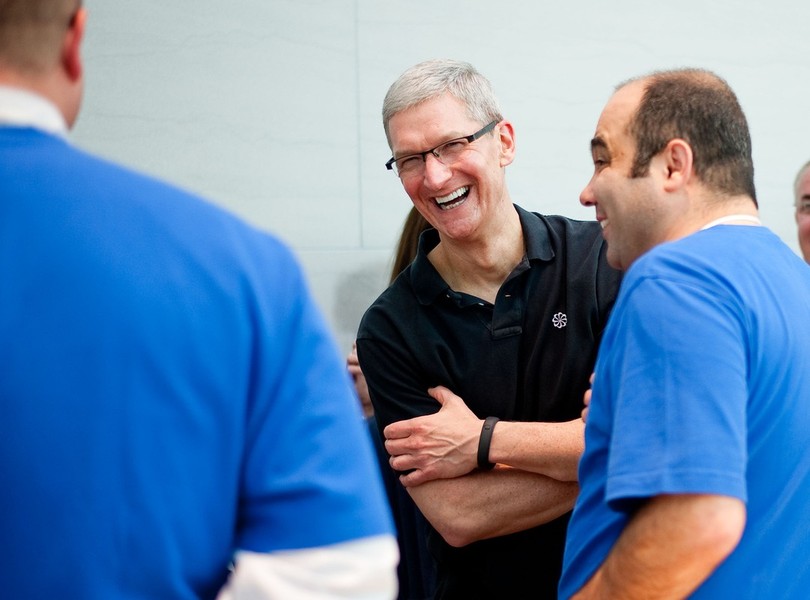 While the story isn’t Apple slowing down old iPhones to make you upgrade, a Reddit user discovered last month that replacing the battery in an older iPhone could restore seemingly lost performance. Benchmark results backed up the claim, and Apple eventually acknowledged both the practice and the reasoning behind it with an apology for the lack of transparency.

The price drop was initially supposed to begin sometime this month, but Apple flipped the switch early and warned that battery availability may be limited to start.

Analysts from Barclays expect the battery throttling issue actually affects a whopping 519 million iPhones used today, while further predicting only about 10% of those units will be serviced.

We’ll have to wait and see what effect the upcoming iOS update that makes battery health more transparent to the user has on battery replacement demand, but you’re likely better served to get in line now before that feature becomes available.