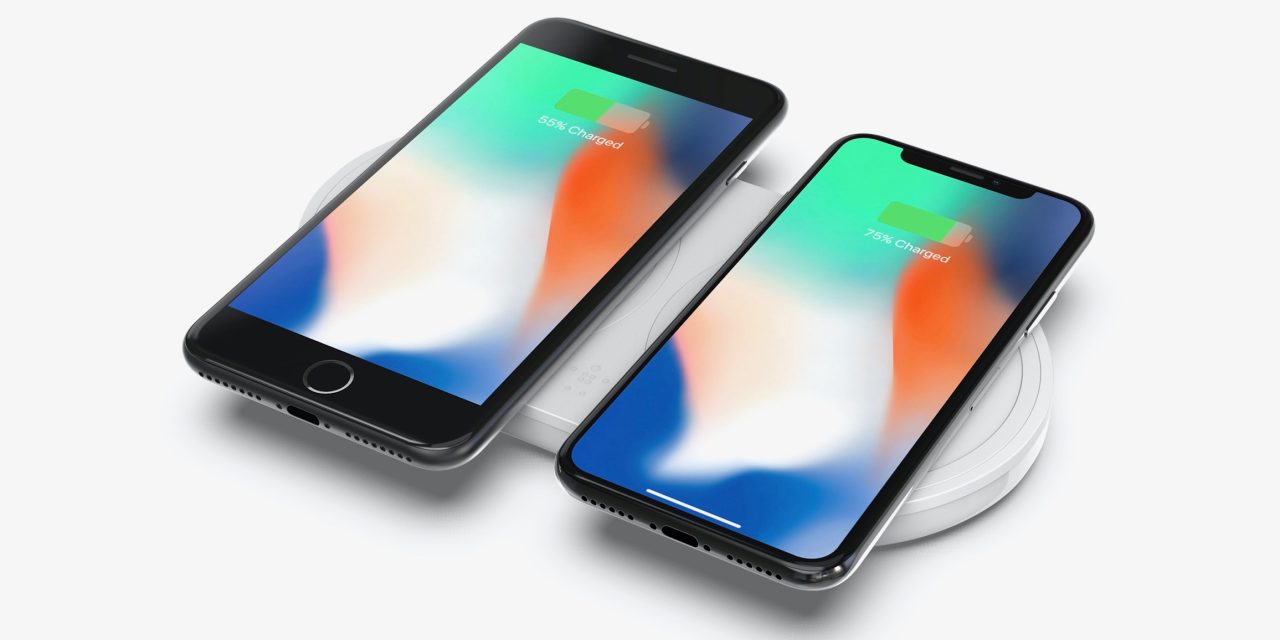 Belkin is already the maker of one of two iPhone wireless charging pads carried by the Apple Store, and now the company is unveiling its expanded lineup of Qi charging pads at CES 2018.

Qi charging pads work with iPhone 8, iPhone 8 Plus, and iPhone X, and Belkin currently offers its Boost Up Wireless Charing Pad for $59.99 which is only available in white and sits flat on a surface.

The new lineup starts with Boost Up Bold, a minimal wireless charging pad available in four colors: black, white, pink, and navy. Bold is rated for up to 10W charging speeds and compatible with all Qi-enabled smartphones, although Apple maxes out iPhone wireless charging at 7.5W currently.

In addition to the three new color options, Bold also features an overall smaller design than Belkin’s current solution which is nice to see.

A common complaint with early Qi charging solutions for iPhone is the lack of upright options. Charging docks hold your phone upright, but charging pads lay flat on a surface. Belkin is offering its own solution now with Boost Up Wireless Charging Stand which can charge your iPhone upright in both portrait and landscape orientation. That’s ideal for FaceTime video calling or watching a video while charging.

Belkin has a new Wireless Charging Car Mount coming which can sit on your dash or hang from your windshield. This brings the convenience of Qi charging to the car in a form factor suited for commutes. The mount includes a USB port for connecting a wired charger optionally.

For charging two iPhones on a single pad, Belkin is making a Dual Wireless Charging Pad that features 10W Qi power on either side. Apple has announced its own multi wireless charging pad called AirPower which will debut sometime this year and work with up to three iPhones and also support Apple Watch Series 3 and a new AirPods case that’s also coming, but Belkin’s solution will likely be cheaper if you only want to charge a pair of iPhones or other Qi-enabled devices.

Prices and specific launch availability details aren’t available yet, but Belkin says Bold and Stand could arrive by this spring or this summer, while Mount, Dual, and System are scheduled for release this summer.

Belkin will also be displaying Pocket Power USB-C 10K which is a Qualcomm Quick Charge 3.0-enabled battery pack, Home Charger 27W which can power MacBooks, and Dual Port Home Charger 27W, a single power adapter that can charge a MacBook and an iPhone simultaneously.

The 2018 Belkin power lineup will be in stores as soon as this summer. Stay tuned for much, much more coverage from the Consumer Electronics Show which kicks off in Las Vegas next week.