As Apple Music continues to expand with content and features, the service is picking up three new distributors to offer music, music videos, lyrics, and concert footage.

As reported by Billboard (via Digital Music News), Apple Music has signed deals with CD Baby, Kontor, and The Orchard to include them in the “Apple Preferred Distribution Program”. There are three distributor tiers for this program, and all three of the new distributors are coming on with the top “Preferred Plus” designation.

The requirements for a distributor to earn the Preferred Plus include 40,000 songs delivered each quarter along with a low rejection rate. 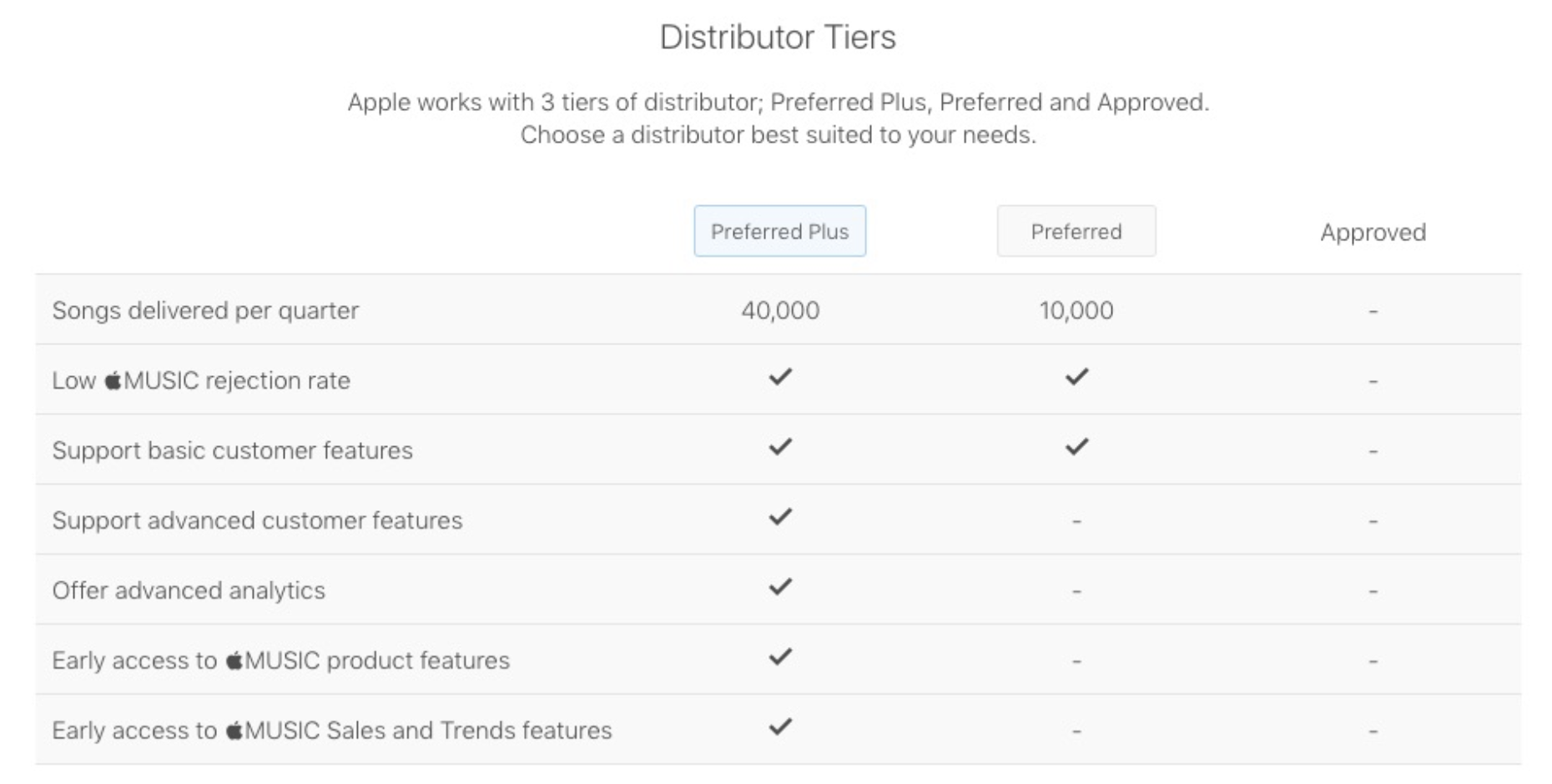 CD Baby, The Orchard, and Kontor will also be the only distributors to offer Apple Music concert footage. 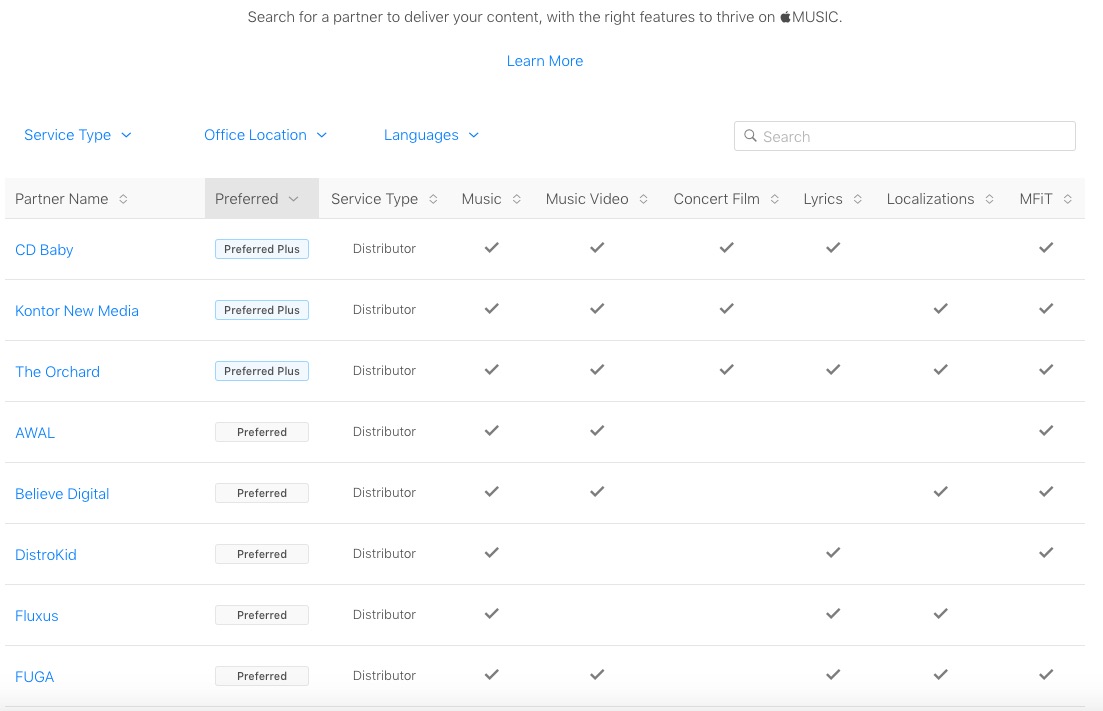 Billboard notes Apple’s distribution move follows Spotify doing the same last month, even including many of the same distributors.

Apple’s streaming service surpassed Spotify in US paid subscriber count this past summer, while Spotify still has the most overall users.