Testing Apple Watch Series 4 half marathon battery life with cellular off: over 50% after 2 hours 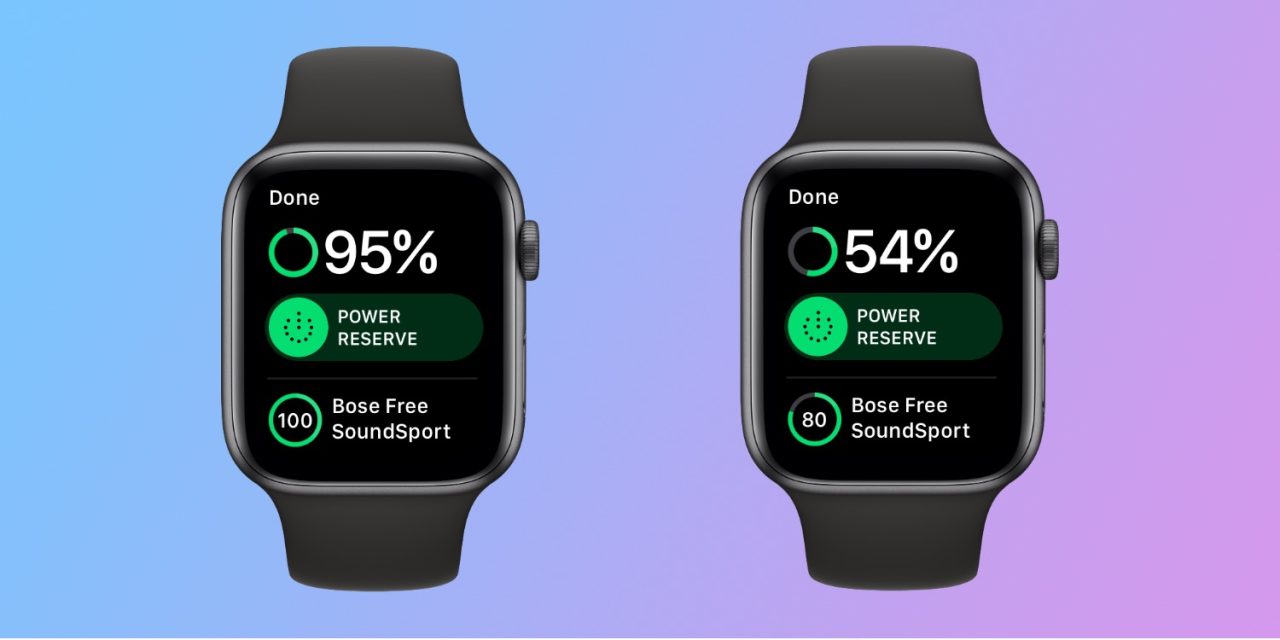 Cellular was turned on for both previous races, however, which takes a noticeable hit on battery life. This weekend I had a third half marathon race to use as an opportunity to test battery life with cellular turned off…

(As for the race, my official finish time was 2:12:27; down from about 2 hours 27 minutes last year on the same course and 2 hours 18 minutes two weeks ago on a different course. Finishing in under two hours with training is the goal.)

In theory, I could conceivably run twice as far (at the same pace) and likely save the workout before the watch dies. In practice, I was able to enjoy a delicious brunch with family and friends without worrying about charging the watch until I was back home. That’s way better than worrying about the watch dying before the race ends or needing to charge before lunch.

I didn’t monitor battery life as closely during the half marathon race two weeks ago — the main goal was to not receive the 10% remaining alert — but I believe my post-race percentage was in the low thirties. Turning off cellular for the duration of the race appears to have saved around 20%. 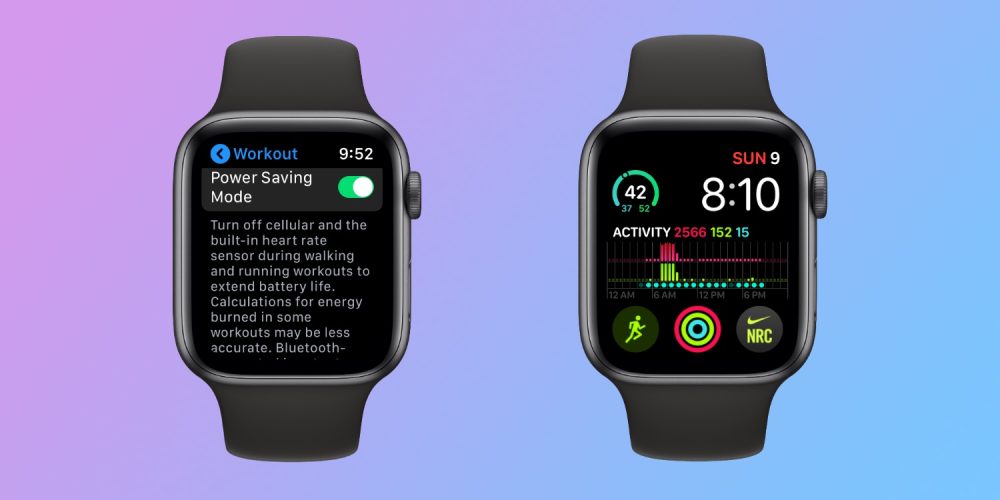 I also mentioned two weeks ago that my friend ran with my old Apple Watch Series 3 which died shortly before the end of his race — battery wear is a real issue. This weekend he similarly tested battery life with cellular turned off during the race (save for the last mile) and finished with over 30% battery remaining.

If you frequently use the Apple Watch for extended outdoor walks or long outdoor runs, you can turn on Power Saving Mode manually in Settings → General → Workout. This automatically turns off cellular as well as the built-in heart rate monitor during walking and running workouts without affecting GPS or Bluetooth heart rate monitors. If you use a third-party workout app, you may need to manually manage cellular.

A half marathon is also a great way to achieve the 300% and 400% challenges in Apple’s Activity app with the Apple Watch (without lowering your Move goal). I keep my Move goal at 500 calories as a balance between challenging and achievable. 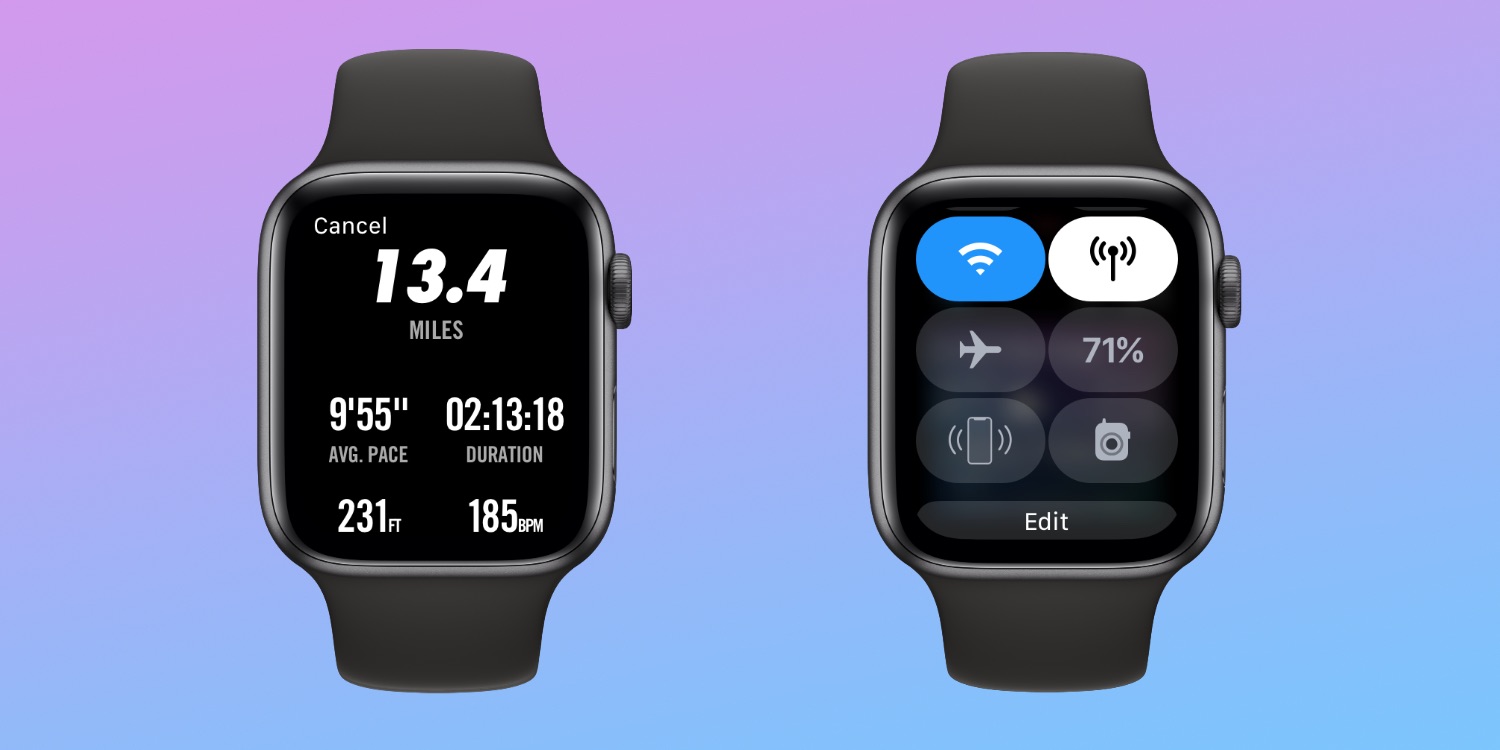 Having cellular on my Apple Watch wasn’t totally useless on race day even when disabling it during the run.

I never run with my iPhone anymore thanks to the peace-of-mind that comes with staying connected with LTE, but I did need to make a phone call before and after the race to coordinate with family after sharing the wrong start time. The watch was great in this scenario, and I didn’t need to strap my phone to my arm.

You do miss out on encouraging messages and location sharing, but outdoor runs are still mapped thanks to GPS. My friend chose to turn LTE back on during the last mile to signal to his family who was tracking his location with Find My Friends that he was near the finish line.

Turning cellular off and back on is very easy too; just swipe up from the watch face and tap the antenna icon to open the setting.

The difference between the watch and each course is consistent enough that I’m still curious enough to test the Apple Watch against a Garmin GPS watch however. We’ll see how that goes next race.

For now, I’ve discovered the right formula for me for finishing long runs with plenty of battery life left: Bluetooth heart rate monitor, music playlist synced locally, and cellular turned off for the duration of the run (but still available with a few taps).

I definitely prefer Bose SoundSport Free headphones to AirPods for half marathons, but only on long runs when volume and battery life are concerns. I did see way more AirPods on other half marathon runners this year; last year I can’t recall if I saw AirPods at all.

Battery life with cellular definitely seems like an area that will continue to improve with future Apple Watch versions. In the meantime, cellular is still a fantastic feature for the distances that I run on most other days. Apple Watch Series 3 and Series 4 with LTE are great at tracking 5K and 10K outdoor runs while sharing location and streaming Apple Music controlled by Siri — just plan ahead for longer distances.