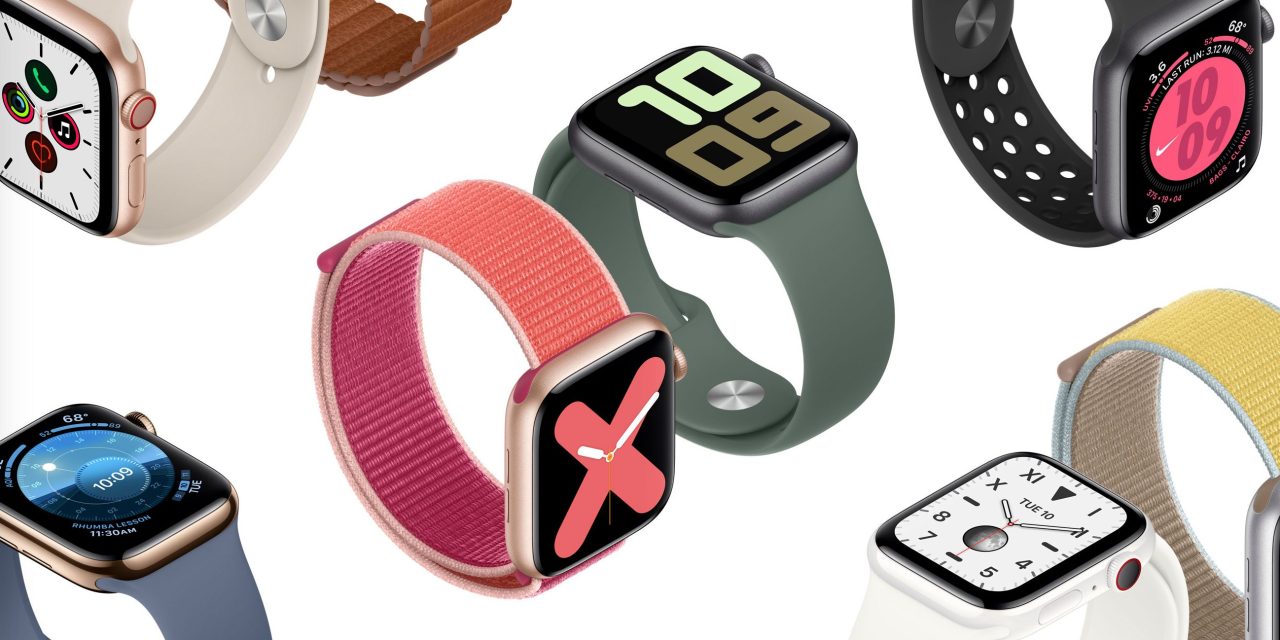 The Verge jumps right in with the biggest new feature this year: always-on display. So how it is? Here’s Dieter Bohn’s take:

I love the always-on screen on the Series 5. Apple’s implementation is better than other smartwatches I’ve used for two reasons: it legitimately doesn’t hurt the battery life as much, and Apple keeps a little color visible in ambient mode.

For whatever reason, I’ve never been able to get earlier Apple Watches to show their screens with subtle wrist movements. I’ve always had to cartoonishly raise my arm. An always-on screen means I am a little bit less of a jerk in conversations and meetings.

And in terms of battery life, Dieter says Apple Watch Series 5 lives up to its claim of maintaining enough to get through one day:

But the big question is battery life: Apple claims it still gets 18 hours with standard use, and I have gotten that. So, box checked — except that the Series 4 usually outperformed that estimate. I won’t go so far as to say that the Series 5 gets notably worse battery life than the Series 4, but at best, it’s on par. You’ll be charging it every day. 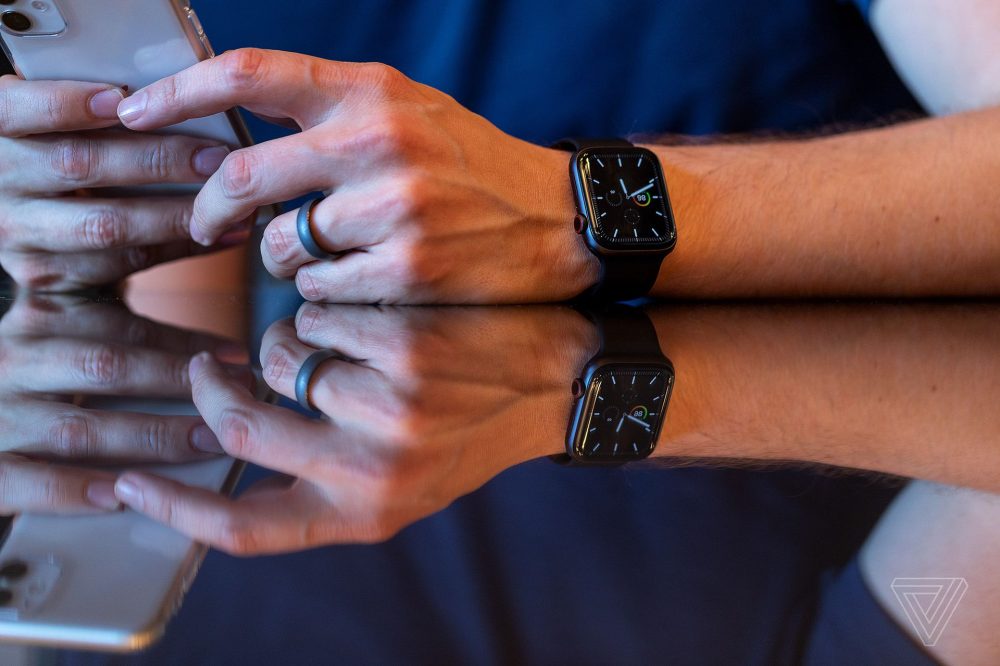 John Gruber at Daring Fireball likens the importance of the new always-on screen to the iPhone 4’s high-resolution display:

To me, the always-on display is the Apple Watch’s retina display moment — once you see it, you can’t go back. […]

I’d have placed an order for a Series 5 watch even if Apple had put up a slide that said “Just one new feature: Always-on display.”

While improved battery life would almost certainly be a welcomed feature in future updates, Apple’s made a bit of a compromise, offering an always-on watch that lasts the same stated 18 hours as its predecessors. I found I was, indeed, able to get through a day no problem with standard use. My own usage had the product lasting closer to 20 hours without the need to recharge, but even so, the device needs to get charged once a day, regardless — otherwise you’ll almost certainly be out of juice the following day.

What about the battery life experience with always-on display turned off in Apple Watch Series 5? Nicole Nguyen at Buzzfeed has this to say:

Being able to glance at the Series 5 meant that I spent less time gesticulating my arms.

Another (positive) side effect of the always-on display is that, when the feature is turned off, there are significant battery gains. Apple claims its latest watch’s battery life is 18 hours, which my testing found to be true. With always-on disabled, the battery lasted over 21 hours (with sleep tracking!) and was still at 43% when I woke up the next day.

There’s even an excellent chart to show battery life with various activities like working out.

For the best look at how each watch face responds to the new always-on display modes, see Rene Ritchie’s iMore video review:

The less visible upgrade this year is inside with the newly built-in compass, and Patrick O’Rourke at Mobile Syrup summarizes the benefits:

Apple, interestingly, has added a compass to the Series 5, too. The app indicates the wearer’s incline, elevation, latitude and longitude. It’s worth noting the Compass can be added as a complication to specific Watch Faces as well. The Compass also makes the watch’s Apple Maps app more useful because it now indicates exactly what direction you’re facing.

Further, elevation data is utilized during workouts, which is particularly useful when hiking, running or riding a bike.

The new sensor will benefit other apps too, not just Maps, although TechCrunch explains that apps will need to be updated to adopt features (like this one shared at the keynote):

Given that the product isn’t actually available yet, the number of third-party apps that take advantage of the feature is still pretty limited. That said, the much-loved star map app Night Sky offers a pretty compelling use for the compass, as you swing your arm around to get a better notion of your own place of the massive, ever-expanding cosmos.

Improved walking directions alone should make the compass useful however.

Apple Watch Series 5 also touts the ability to make emergency calls in countries beyond where you bought your watch. For example, if you’re traveling abroad from the US, the watch can know to call the 911 equivalent, something that was limited on previous models.

That feature requires a trip to another country, however, but Lauren Goode at Wired does mention its inclusion:

Speaking of chips, the Apple Watch Series 5 has the same performance specs as the smartwatch before it. It technically has a new SIP—that’s system in a package—because Apple has added the sensors needed to power a digital compass on the watch, plus a modem that supports international emergency calling. But the processor speeds are the same as last year’s, a surprise from a company that boasts about its mobile chip innovation almost annually.

I wasn’t able to test the brand-new international emergency calling feature. My editors did not approve a last-minute trip to Mexico, if you can believe it. But I did use the smartwatch to make phone calls independent of my actual phone. I didn’t experience any glitches when I walked out of the office and initiated phone calls—a scenario that caused issues in the earliest days of cellular Apple watches because of the handoff from Wi-Fi networks to cellular—and calls sounded great, for a smartwatch. My mom, my main phone-call squeeze, agreed.

Apple Watch Series 5 is still a watch after all, and watches play a role in fashion. That’s why Apple has introduced two new titanium finishes and the return of ceramic this year.

Stephen Pulvirent at Hodinkee has his experience with the new case material to share:

For Series 5, Apple re-introduced a white ceramic Edition model (though space grey ceramic is still absent) as well as a pair of Edition models in titanium, one in a matte natural color and one in DLC space black. This is the first time we’ve seen a titanium Apple Watch and it’s an interesting move from Apple. It sits between the steel and ceramic models in terms of price and it offers a more luxurious option that’s still a great choice for people using their Watch as a fitness device. This fusion of function and indulgence fits in extremely well with Apple’s current thinking on the Apple Watch as simultaneously a wellness and fashion product.

His analysis goes on to ask the question about the role of premium case materials in smartwatches:

The big question still looms though: Do you really want or need premium materials and increased prices in a device that you’re most likely going to want to replace annually (at least for the next few year)? I think that’s still very much a personal decision and it’s hard to fault people for coming down on either side. Materials like ceramic and titanium, being both functional and still relatively affordable, make much more sense to me than solid gold at this point, but I’d be very surprised if we didn’t continue to see the Edition collection ebb and flow over the coming years.

Hodinkee’s video (below) also shows that the Apple Watch Edition has its own version of white as a unique color option. 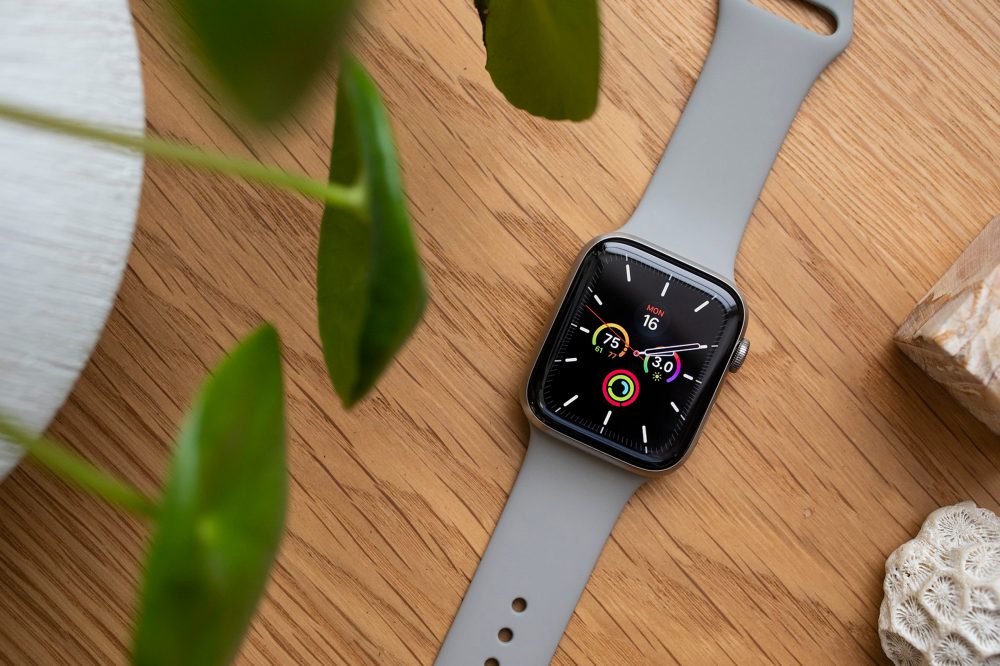