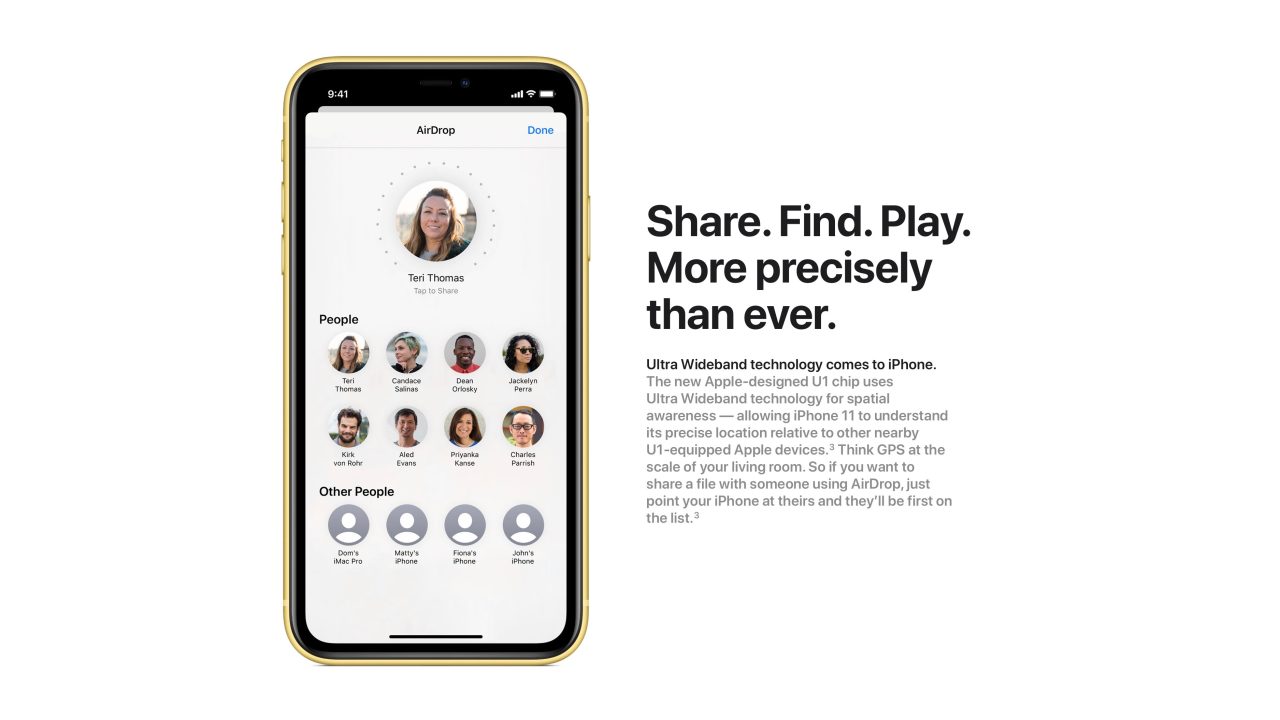 After releasing iOS 13 last week, Apple is today releasing iOS 13.1 to the public. The update includes features that were removed from iOS 13 during the beta testing period, including Shortcuts Automations, Share ETA in Apple Maps, and more.

iOS 13.1 also includes a new AirDrop interface that taps into the U1 Ultra Wideband location chip found in the iPhone 11 and iPhone 11 Pro. Apple says this allows you to point your iPhone at someone else’s to easily share a file with them via AirDrop.

Here’s how Apple describes that feature:

The new Apple‑designed U1 chip uses Ultra Wideband technology for spatial awareness — allowing iPhone 11 to understand its precise location relative to other nearby U1‑equipped Apple devices. Think GPS at the scale of your living room. So if you want to share a file with someone using AirDrop, just point your iPhone at theirs and they’ll be first on the list.

Other tweaks in iOS 13.1 include the addition of Share ETA in Apple Maps. This allows you to share your live estimated arrival time with someone else, making it easy for them to see where you are on a map.

iOS 13.1 also includes the Automations tab in Shortcuts, as well as other small interface tweaks. There’s a new glyph icon on the volume HUD showing what device you’re playing through, such as Powerbeats Pro or AirPods. The Home app also includes new icons for different types of lights as well as new animations.

Other changes include an updated Fonts settings page and new Personal Hotspot page. Beta apps are now indicated with an orange dot, while the battery widget now shows a specific game controller glyph.

In general, iOS 13.1 should improve performance and stability compared to iOS 13. It’s certainly telling that iOS 13.1 is being released just a week after iOS 13. For comparison’s sake, iOS 12.1 was released over a month after iOS 12. Be sure to let us know if you notice any major performance or stability improvements down in the comments.