macOS Catalina: Hands-on with the top new features and changes for Mac [Video] 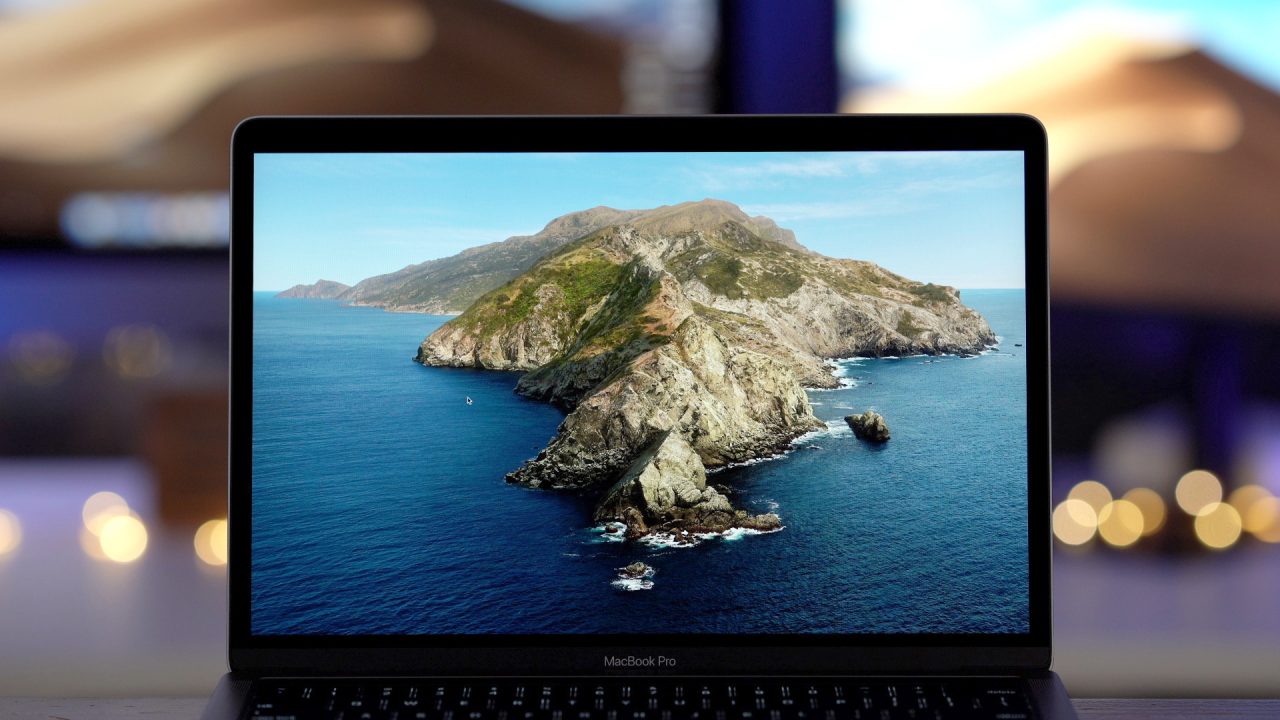 This week marked the launch of the final pillar of Apple’s big operating system refresh for 2019. Of course, I’m referring to macOS 10.15 Catalina, the sequel to last year’s release to macOS Mojave.

macOS Catalina is a big new update for Mac users, bringing forth many new end-user conveniences to the table, along with new technologies that allow developers to bring their iPad apps to the Mac. Needless to say, macOS Catalina is chock full of new changes and features, so be sure to watch our hands-on video walkthrough, and subscribe to 9to5Mac on YouTube for many new upcoming Mac-related videos.

One of the biggest new changes to hit macOS is the availability of Catalyst apps from third-party developers. This means that, for the first time on macOS, developers can easily port their iPad apps back to the Mac. It makes way for a swath of new interesting apps on the Mac.

One such example of a Catalyst app is Carrot Weather, a mainstay iOS app that’s finally available on the Mac, thanks to Apple making it easier for developers to port their apps over.

The list of Catalysts apps available on the Mac App Store is small at the moment, but expect the list to rapidly grow as more apps are approved for sale in the midst of Catalina’s official launch.

Special thanks to Intego for sponsoring 9to5Mac on YouTube. Save over 50% on the Intego Mac Premium Bundle X9.

One of the most exciting new enhancements in macOS Catalina is Sidecar, a new technology that allows you to use an iPad to extend your desktop, or as a tablet input device for your Mac with Apple Pencil. Sidecar works both wired and wirelessly (within 10 meters of your Mac).

As you might imagine, such a feature is perfect for MacBook Pro users on the go who want the benefits of having a second display. Such a setup would previously have been unwieldy, if not downright impossible, but with Sidecar it’s now easy to connect a second display to your Mac with no wires. 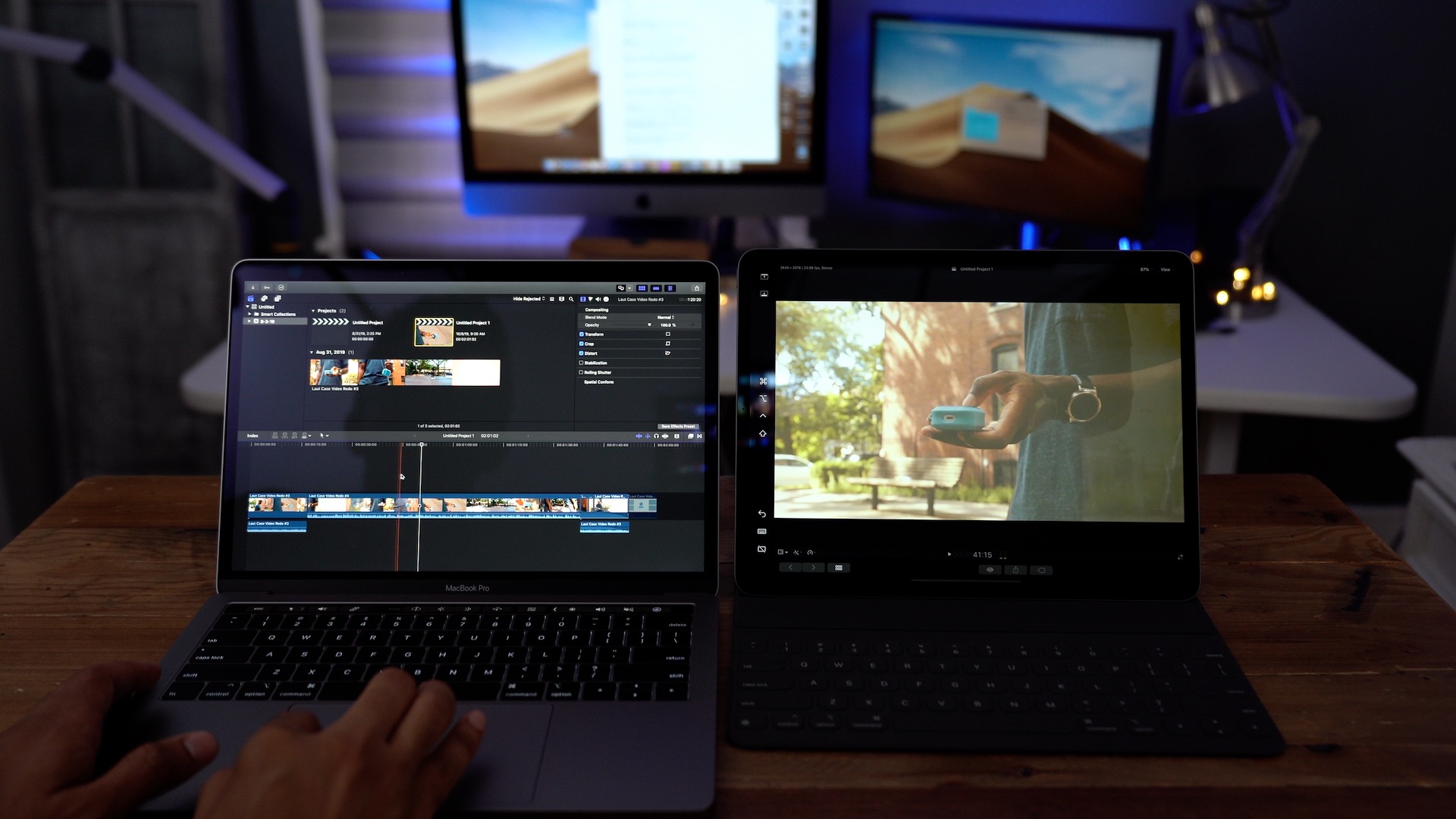 I’ve found Sidecar to be ideal for editing videos in the recently updated Final Cut Pro X. Now I can view my timeline on my iPad, which allows for a larger viewer on my primary Mac display. Other apps, like Affinity Photo, provide direct 1:1 input via Apple Pencil, which is great for touching up photos, or painting with the paintbrush tool.

Continuity Sketch is a handy feature that lets you insert sketches directly from your iPad or iPhone to your Mac. You can also initiate Continuity Markup via macOS Quick Look to annotate PDFs and images. Simply press the space bar while selecting a compatible file on Mac, and click the Annotate tool in the Quick Look window to choose your destination iOS device. 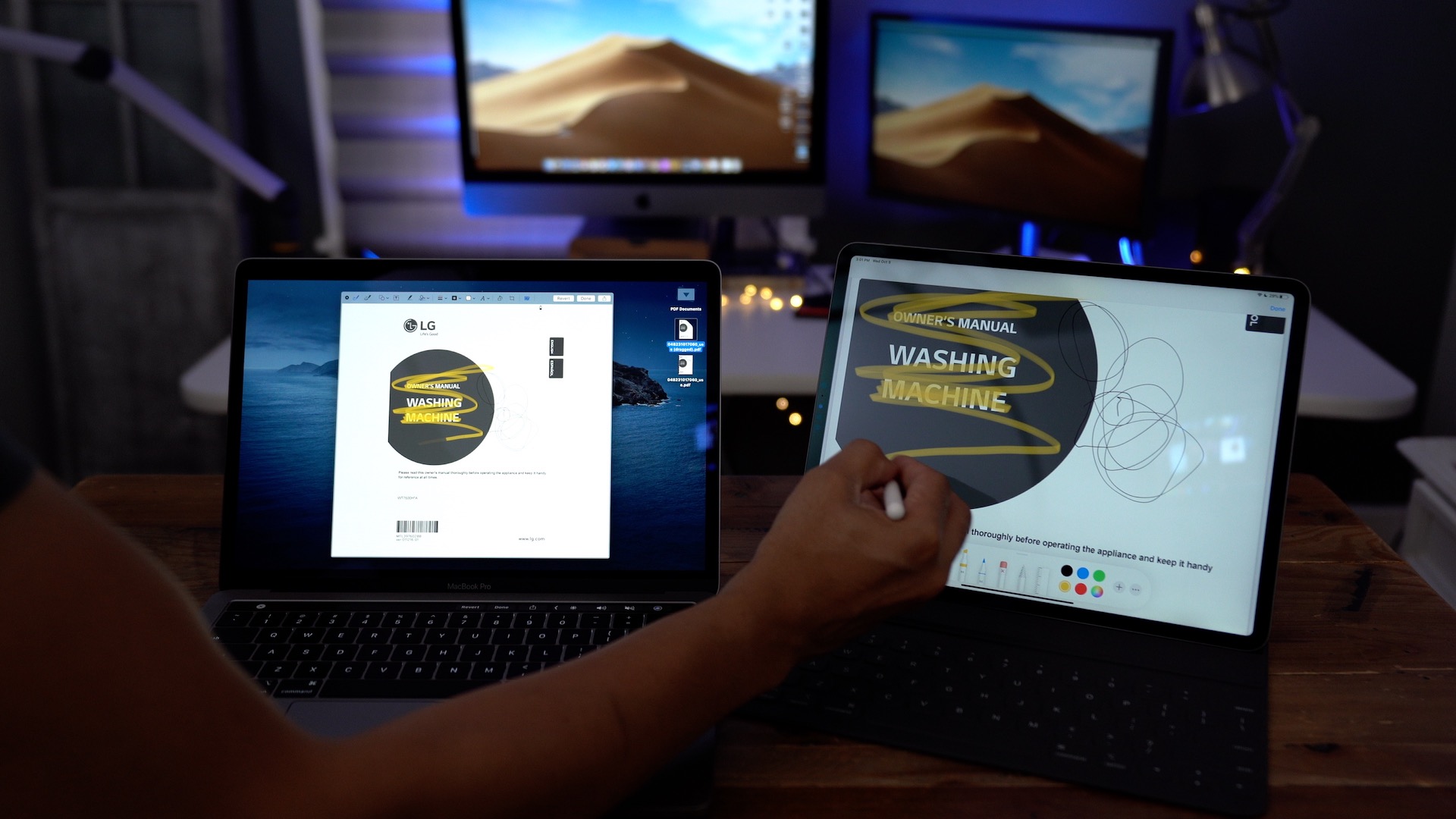 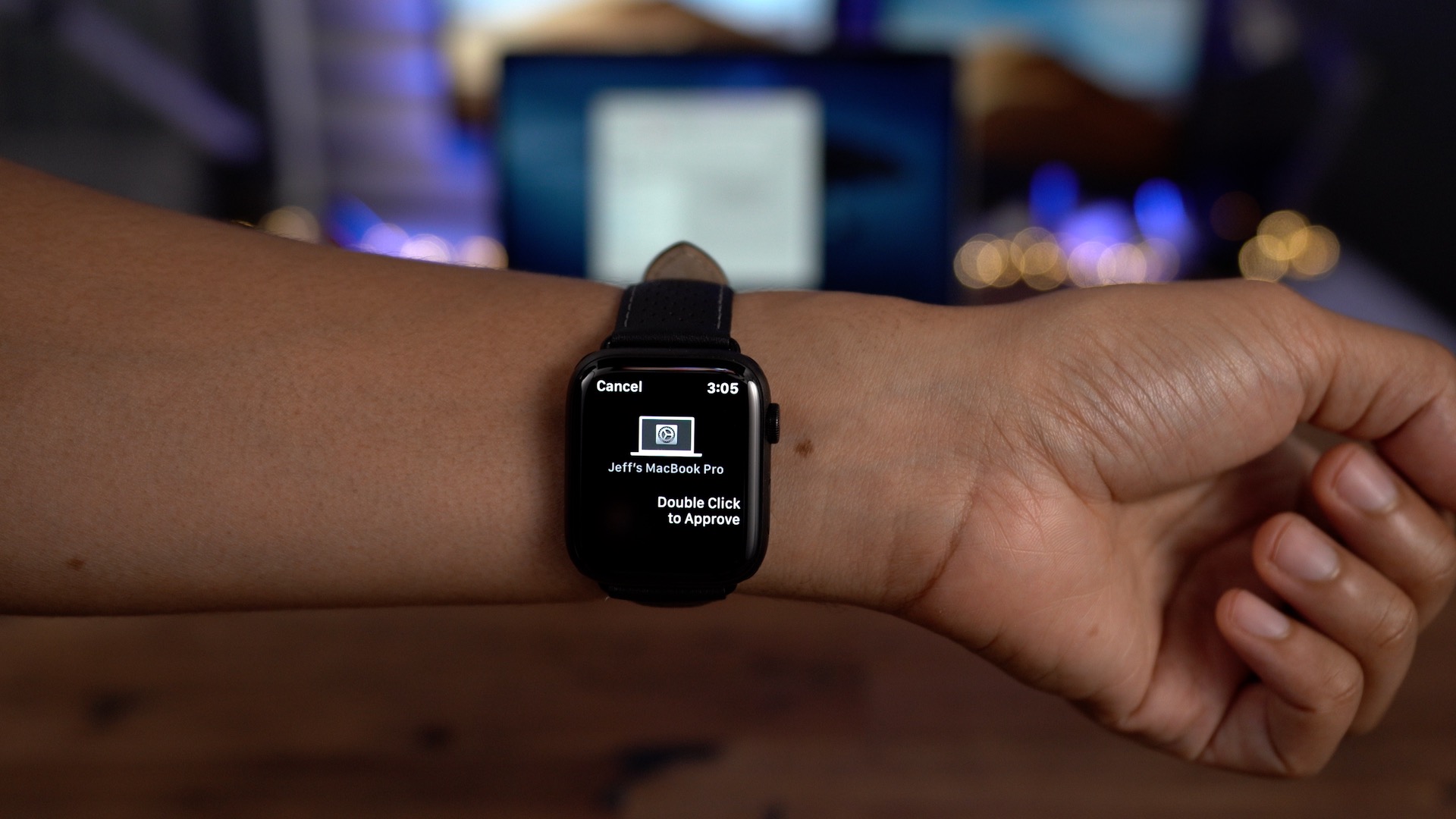 Beyond those changes, you’ll find a new method for authenticating with your Apple Watch in macOS Catalina. A mere double-press of the Side button on a paired Apple Watch allows users to avoid manually typing in their passwords to authenticate within macOS.

macOS now features Activation Lock, a protection that iPad and iPhone users have been enjoying for some time now. Activation Lock makes it so that only a verified users can erase and reactivate your Mac. In other words, if your Mac is stolen, it renders T2 Security Chip-enabled Macs nothing more than a large paperweight until the proper credentials are verified.

The last time we walked through macOS Catalina, Apple Arcade was still baking in the oven. We were able to gain early access to a few still-in-the-works titles, but that pales in comparison to having the full Apple Arcade experience that we have today. 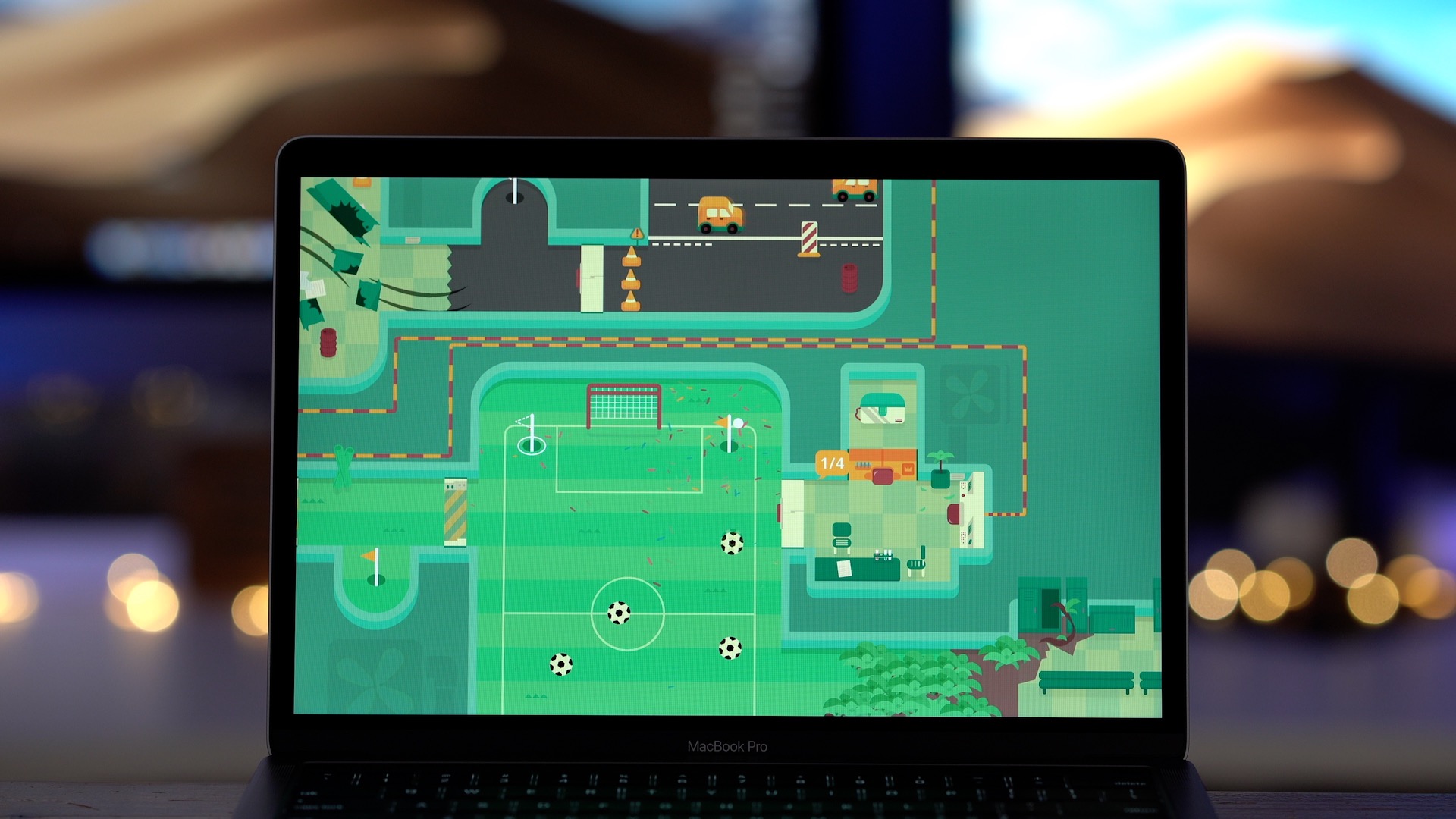 Apple Arcade on the Mac includes many of the same titles that are available on other platforms like iOS, iPadOS, and Apple TV. The great thing about Apple Arcade is that your progress syncs with iCloud, so you can easily pick up and start playing where you left off on any platform, including Mac.

Besides strong titles like What The Golf, Sneaky Sasquatch, and others, the wonderful thing about Apple Arcade is that it’s completely ad-free, and totally devoid of pay-to-win, in-app purchase schemes. With Apple Arcade, it’s rightly all about the games.

In macOS Catalina, iTunes is no more. In its place are three standalone applications headlined by the all-new Music app. The Music app in macOS Catalina is primarily centered around Apple Music, the popular music streaming service from the folks in Cupertino. 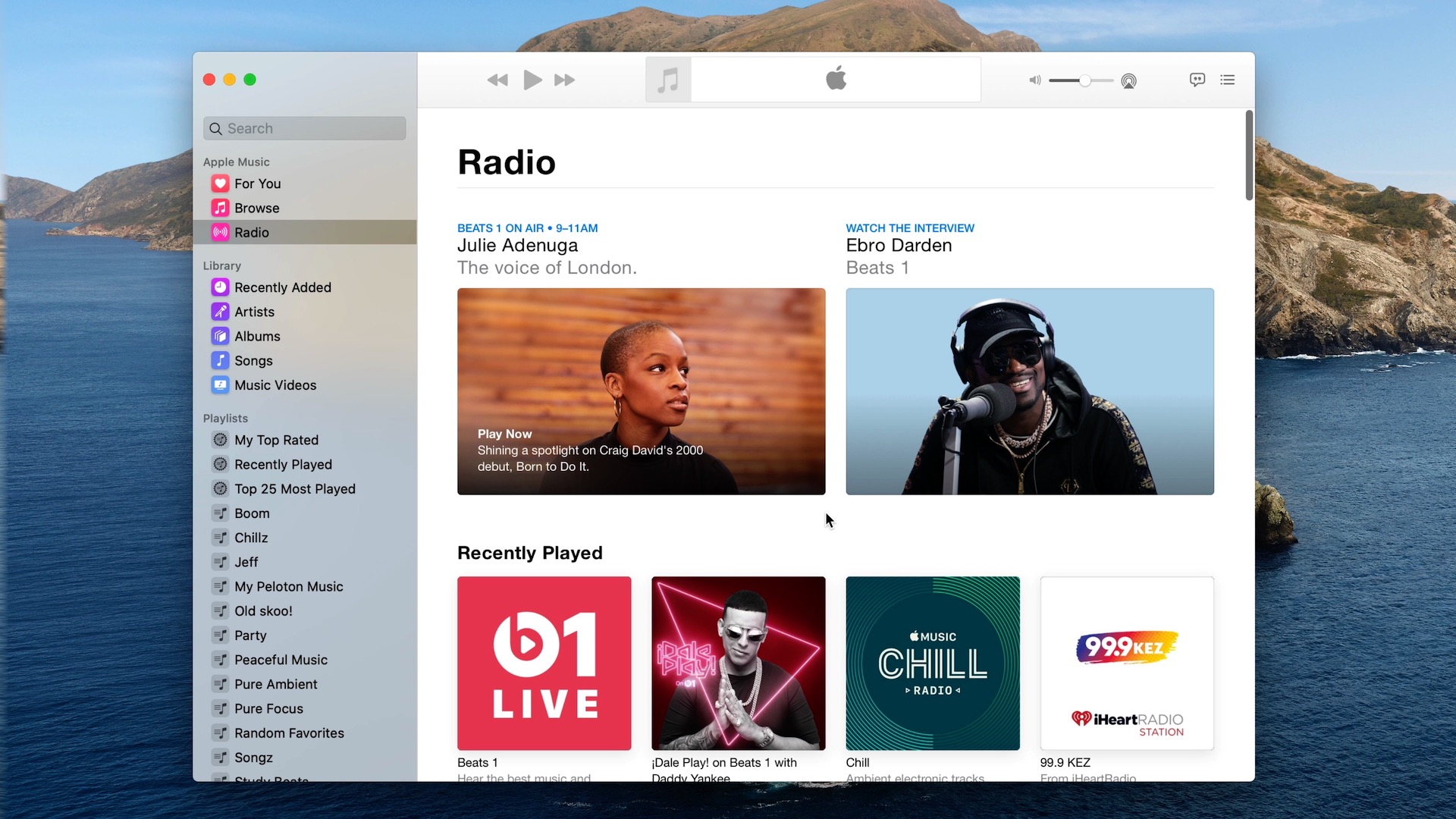 Like the Music app on iOS, the macOS version allows you to stream and download music, listen to curated playlists, radio stations, and more. All of your playlists and iCloud Music Library music will automatically appear in the macOS Music app.

One of the great things about having a standalone Music app is that it’s devoid of the needless bloat formerly associated with iTunes. The Music app is super-fast, because it’s about one thing and one thing only: Music. 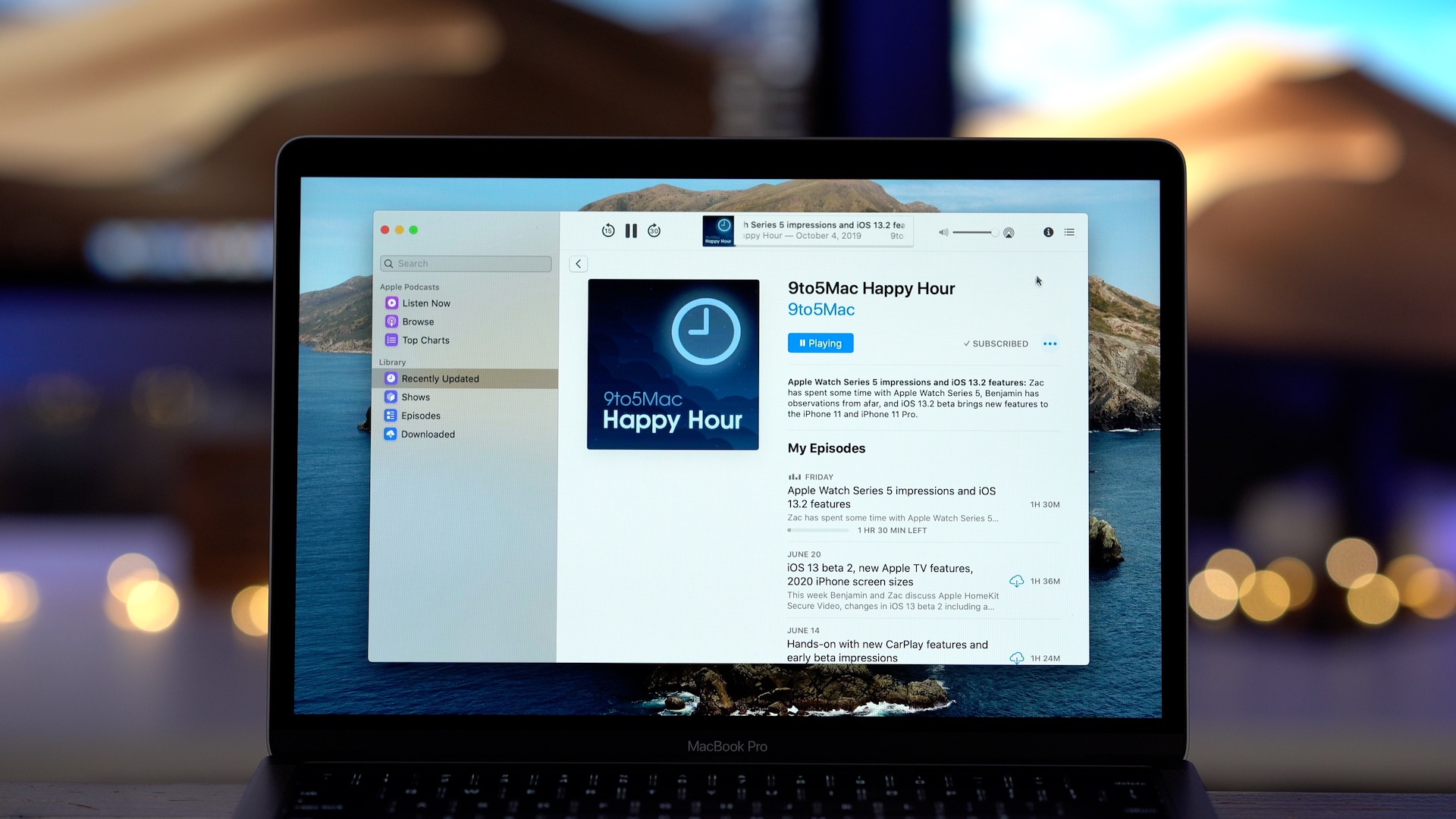 Like the standalone Music app, the big advantage of having a dedicated Podcasts app is that it’s focused solely on playing back podcast episodes.

Along with Music, Podcasts, and a gaggle of other features, iTunes was also responsible for downloading and managing movies and TV shows. It should come as no surprise that the third pillar of the iTunes offspring is none other than the TV app, a centralized place for all of your iTunes movies and TV shows, but also the place for streaming content from services like HBO, CBS, EPIX, and obviously Apple’s upcoming Apple TV+ streaming service. 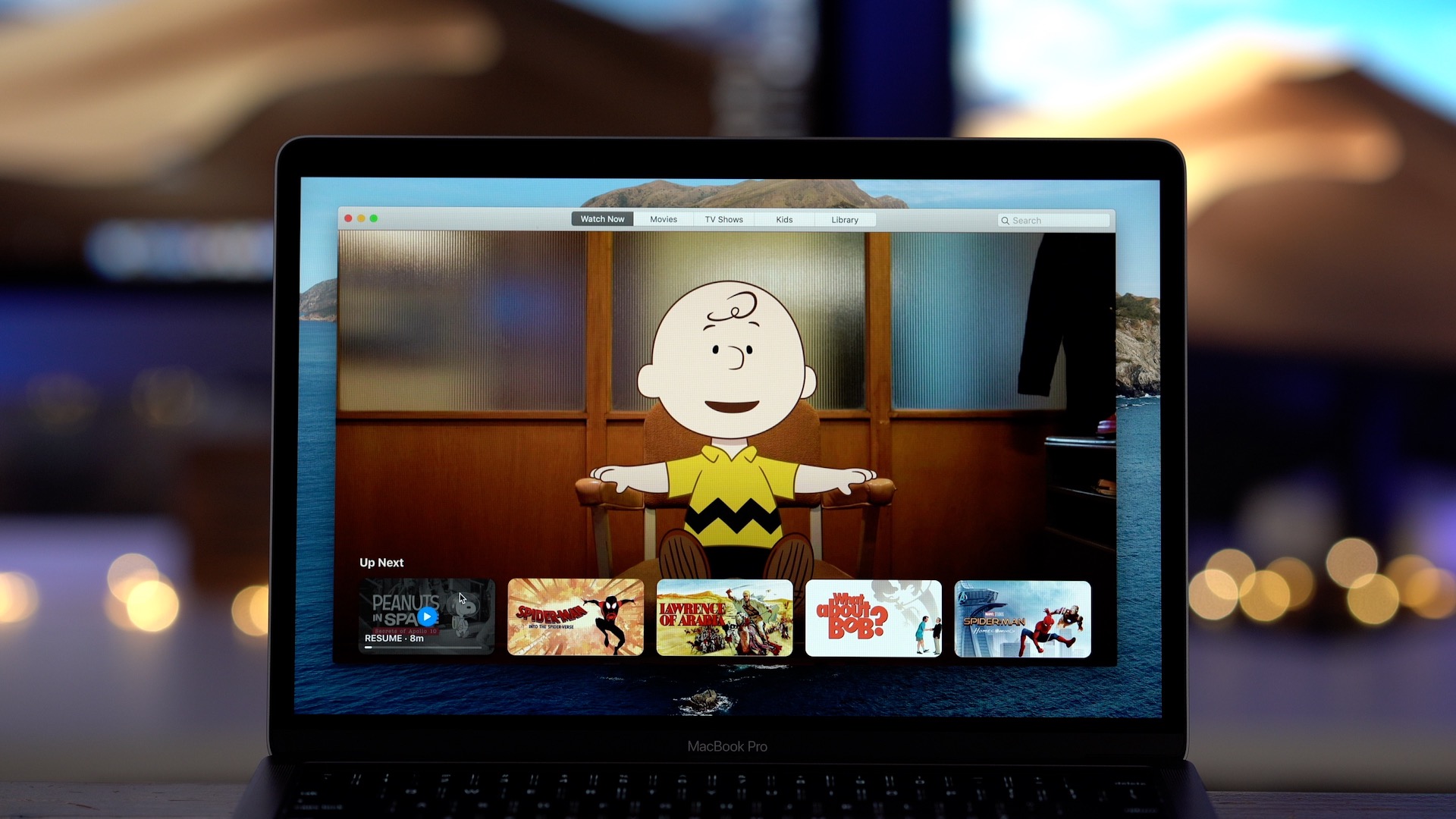 Piggybacking off the excellent Photos app refresh on iOS and iPadOS, the Photos app found in macOS Catalina provides a much better usability experience with the new Photos tab. 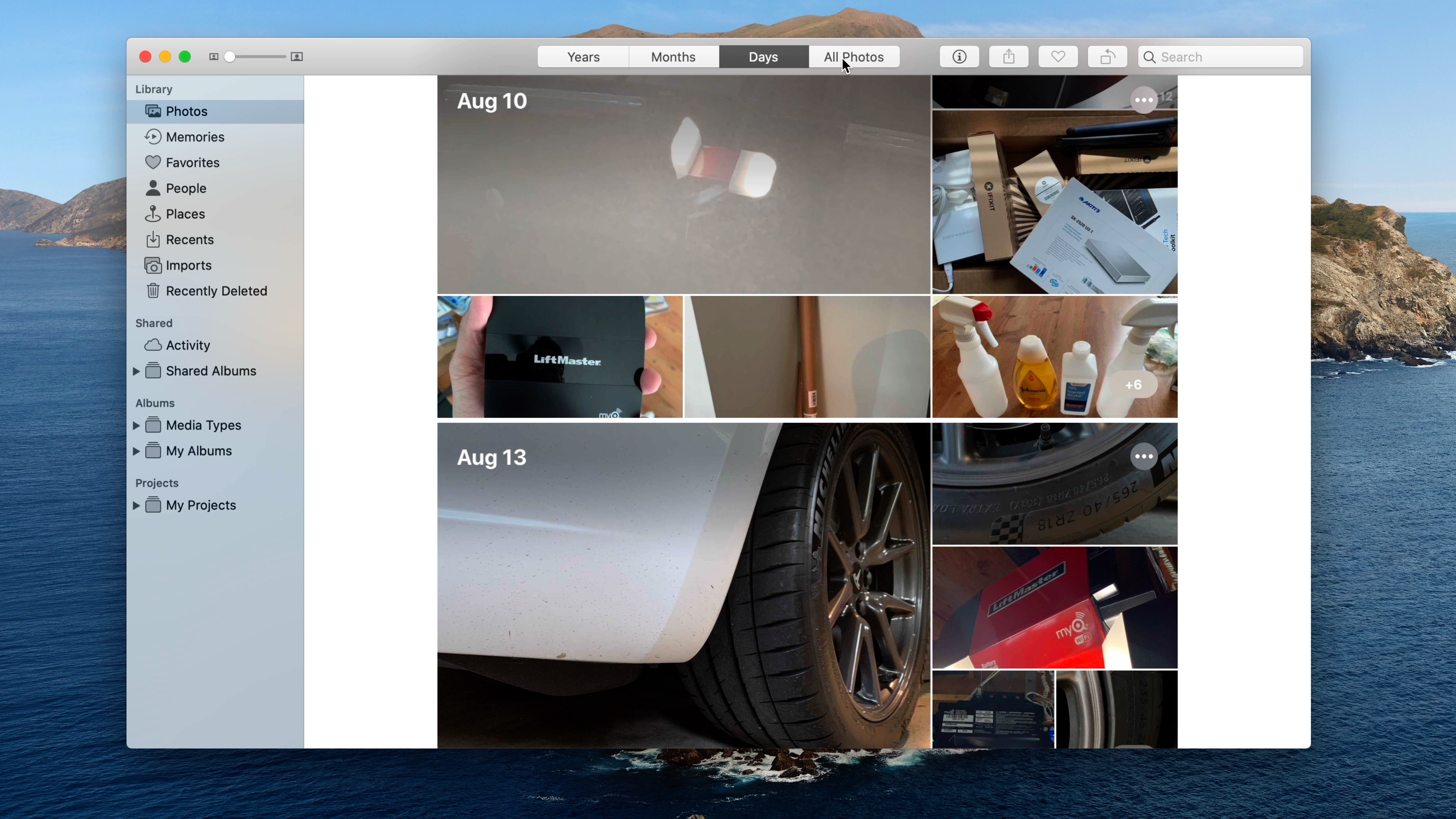 Unfortunately it doesn’t look like the awesome new Photos app video editing features made their way over from iOS, but perhaps Apple thinks we should stick to iMovie or Final Cut Pro X for video editing on the Mac.

The updated Notes app features a brand-new gallery view to make it easier to find specific notes. You’ll also find the ability to share folders for easy group collaboration. In addition to those changes, a new checklist features makes it easy to move completed items to the bottom of a checklist, and you can now reorder items in a list via a handy drag-and-drop. 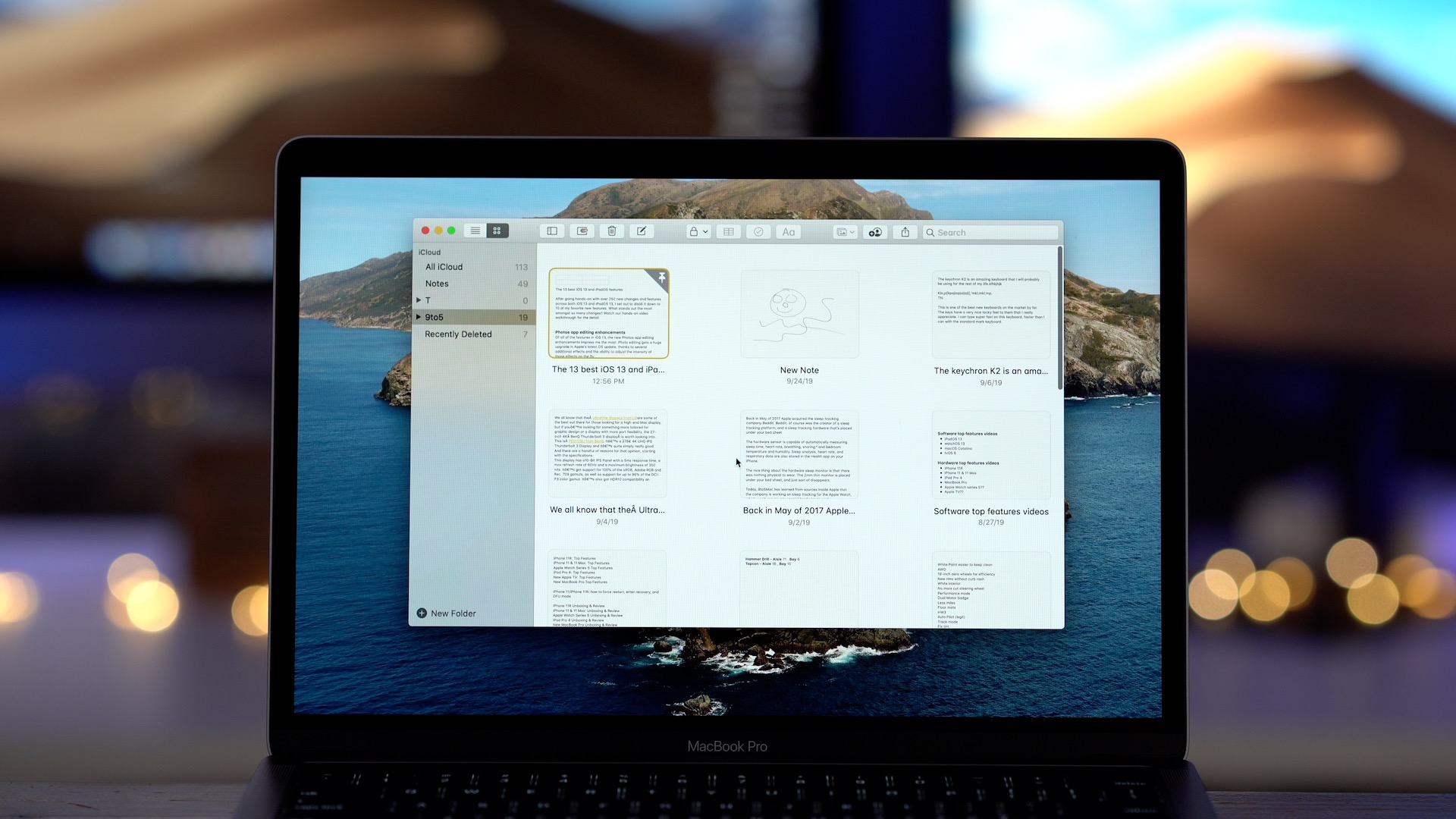 The Reminders app received a substantial upgrade on iOS and iPadOS, being completely rebuilt from the ground up. Mac users will be happy to find similar changes in macOS Catalina, paving the way for a more useful Reminders app experience. 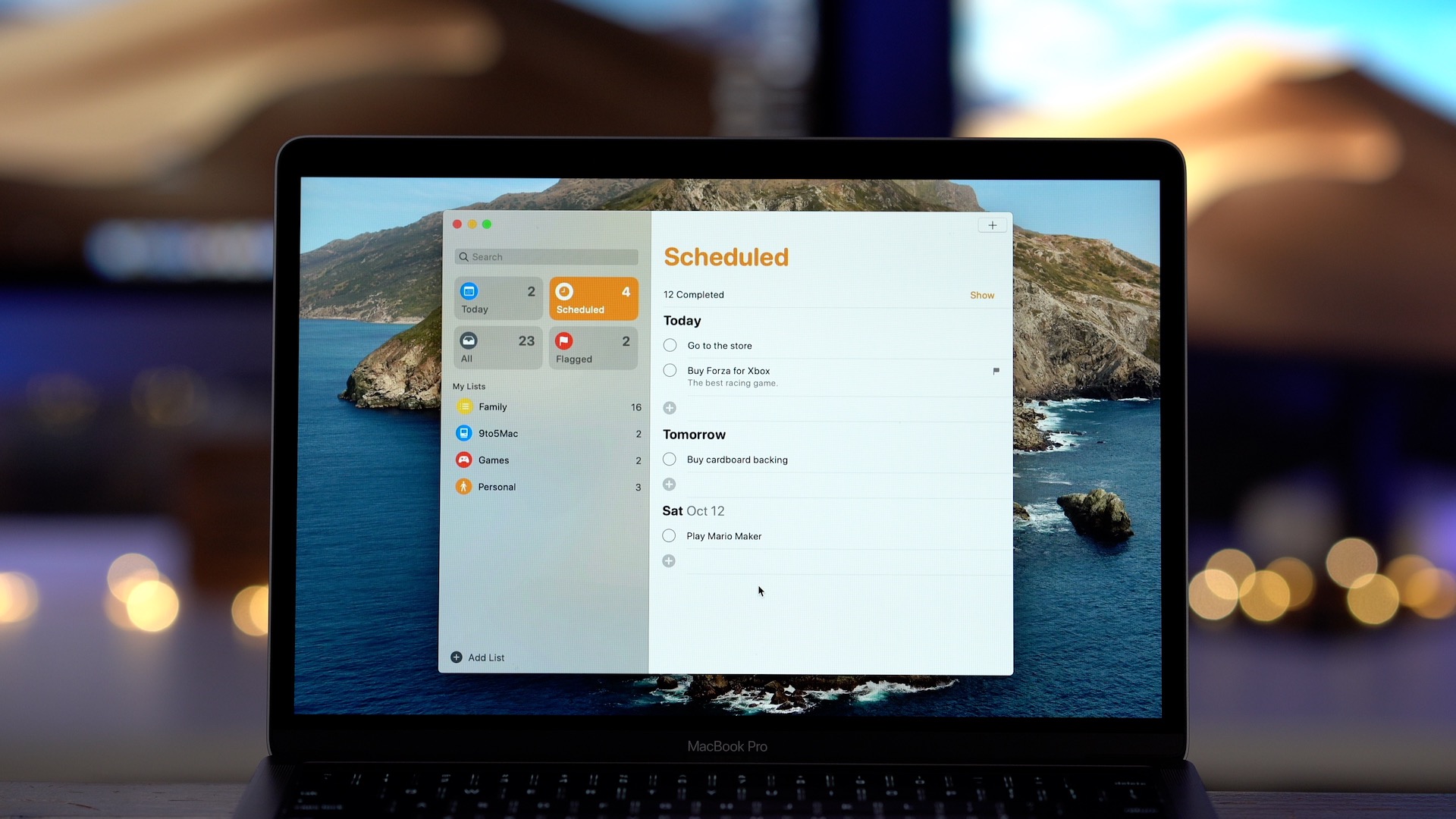 A new smart list features will automatically organize your Reminders into scheduled, flagged, and upcoming Reminders, while new quick edit buttons and Siri make it easier to create reminder entries.

Safari users will find a brand-new start page that lets you quickly access frequently visited websites and favorites. Siri is even more active in macOS Catalina, automatically suggesting bookmarks, iCloud tabs, Reading List links, and even links that you receive via Messages. 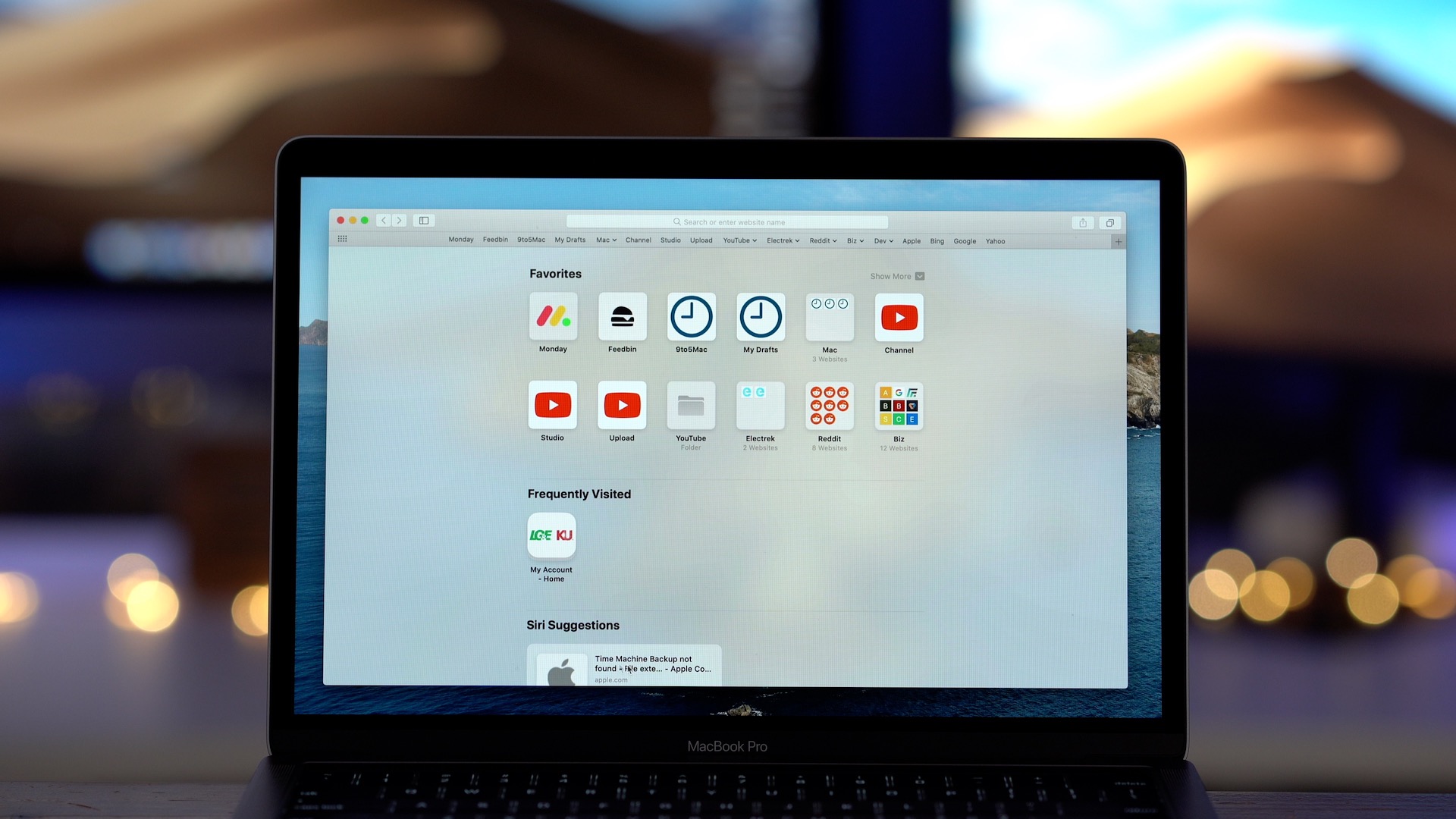 After an exclusive appearance last year on iOS, Screen Time makes its way to the Mac in macOS Catalina. Screen Time, which aims to give users a better look at how they spend their time in front of the computer, allows you to easily monitor usage, schedule downtime, and even set limits for apps and websites. Best of all, these settings sync across all of your iCloud-enabled devices. 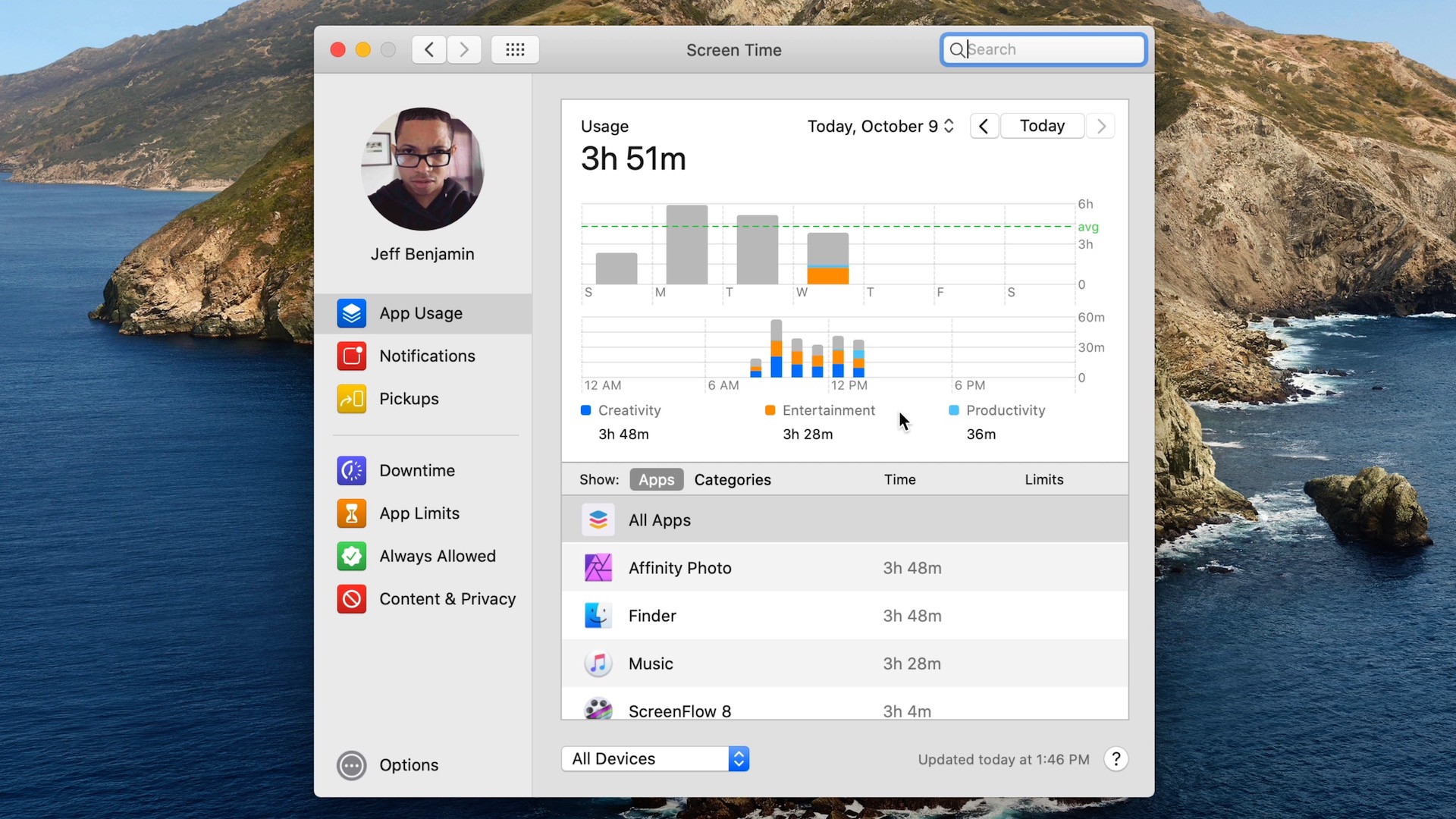 A brand new Find My app combines Find My Friends and Find My Mac into a single app interface. Now you can keep up with your devices and your friends via the same app. 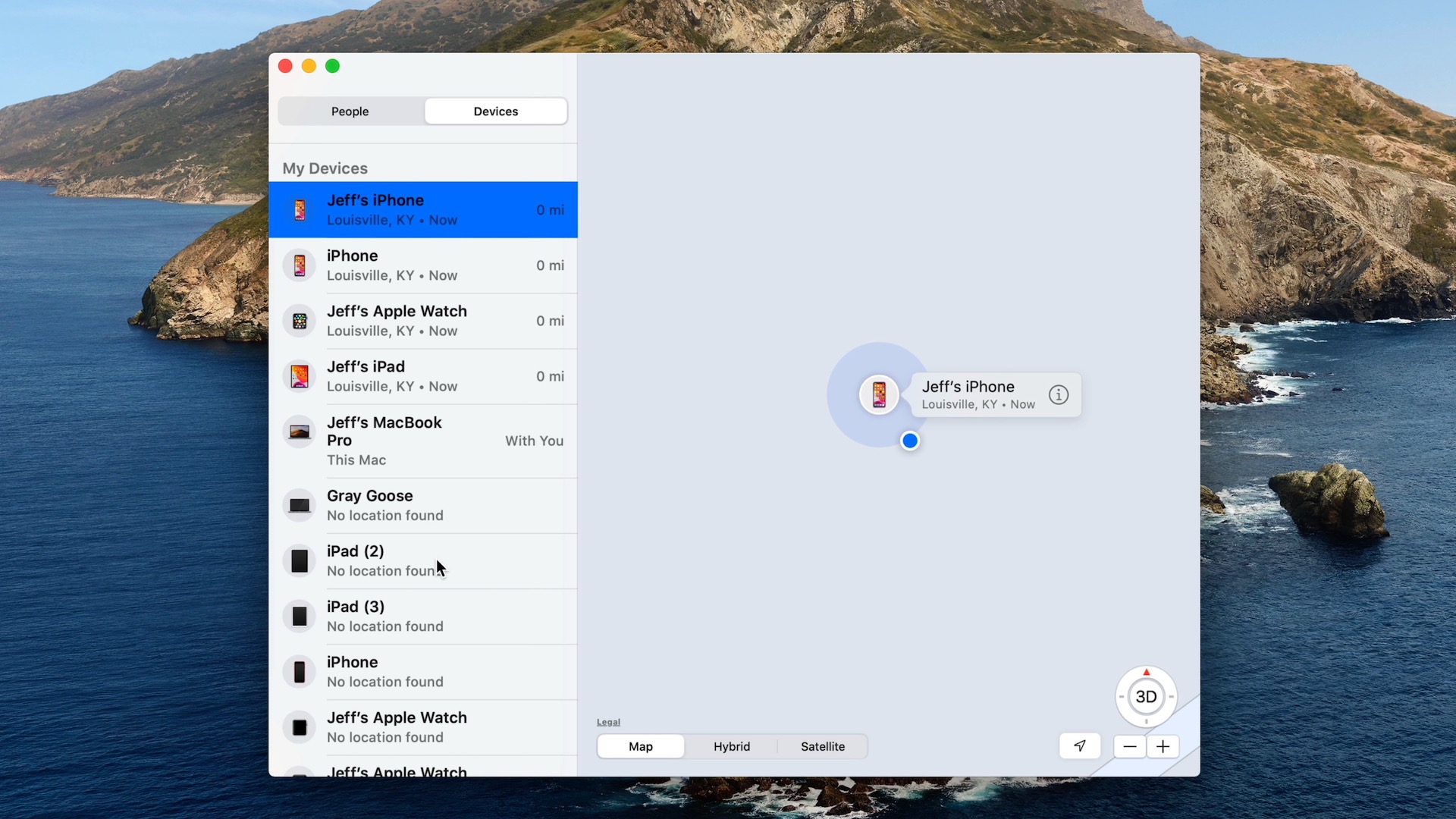 Thanks to Bluetooth frequencies that can be detected by Macs nearby, the new Find My app can help locate your Mac, even if it’s offline and sleeping. The end-to-end encrypted data is then reported anonymously to iCloud so that you can locate a lost Mac via the Find My app.

The new Voice Control feature found in iOS 13 can also be found in MacOS Catalina. Voice Control allows you to easily navigate and control your Mac using only your voice. Watch our video above for a brief demonstration of how it works. 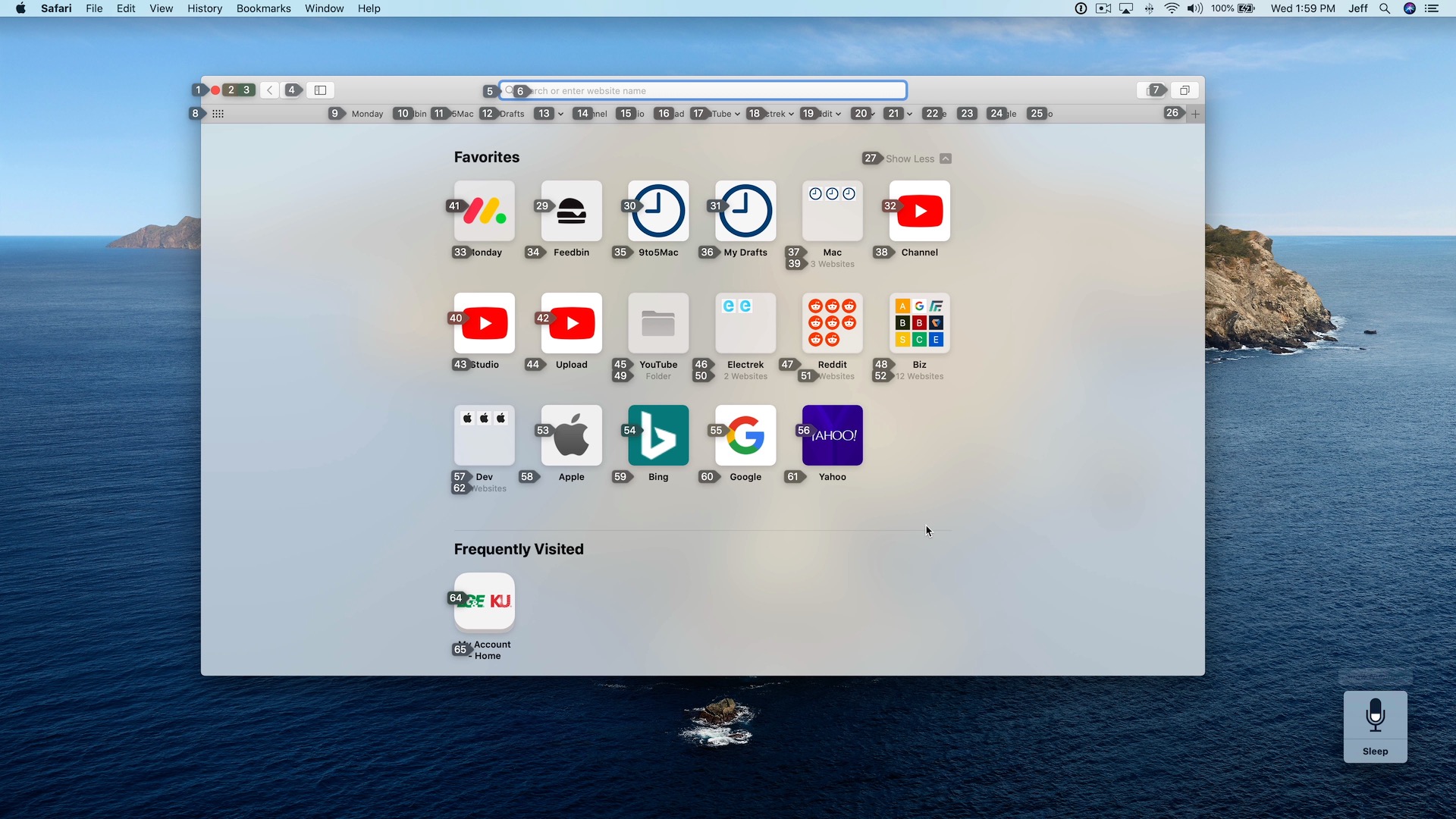 As is usually the case with new OS updates, there is a beautiful new wallpaper included. This year’s new wallpaper features Catalina Island, the namesake of macOS version 10.15. The new Catalina wallpaper is also dynamic, changing throughout the day to reflect the current time. 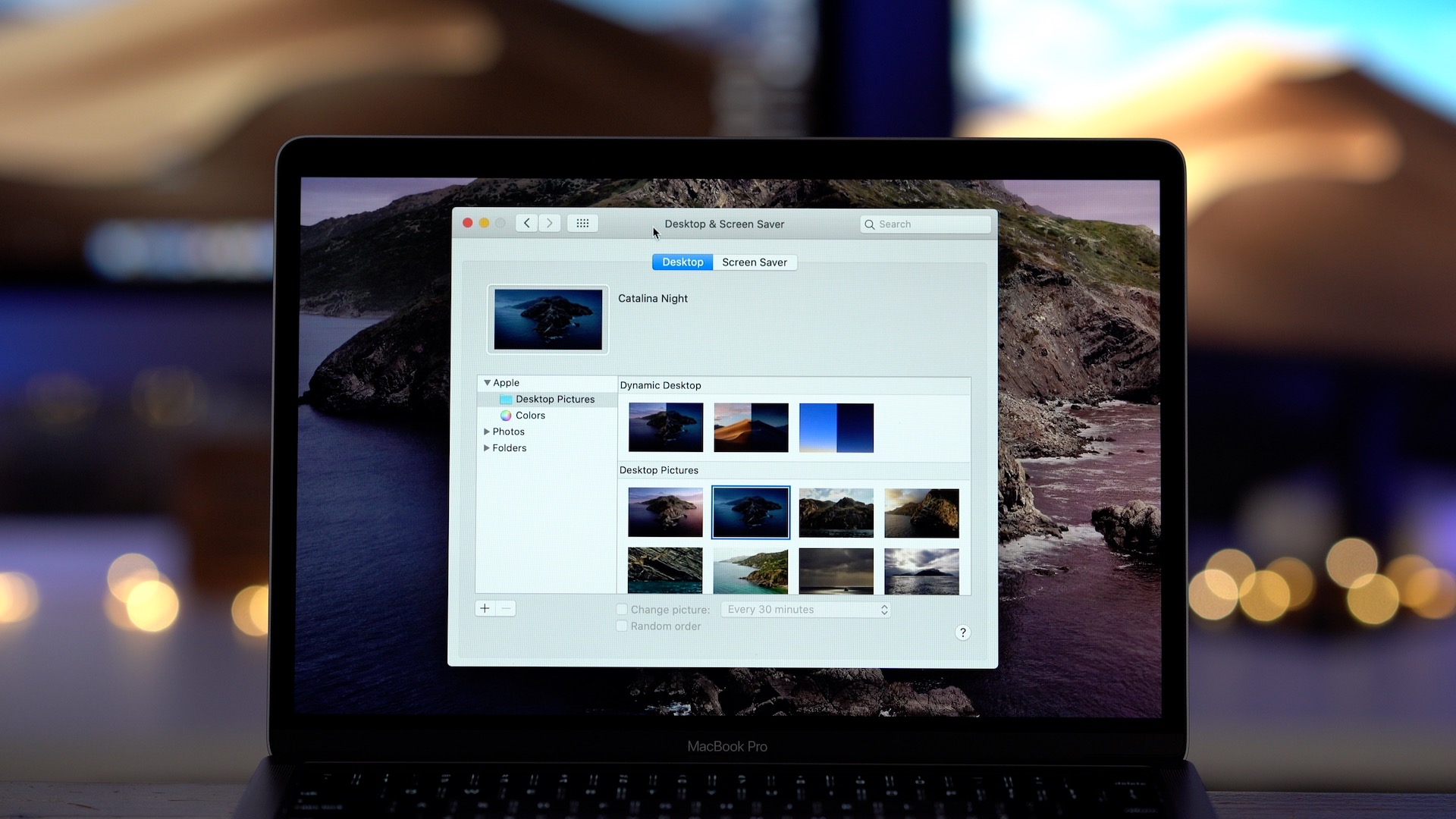 MacOS Catalina is a feature-filled update that brings a large helping of new changes to the Mac. The presence of Sidecar is nice for mobile workflows where extra screen real estate is hard to come by. Sidecar is especially effective for 13-inch MacBook Pro users when paired with a 12.9-inch iPad Pro. It’s a great feature for those editing photos and videos while out and about.

Another one of my favorite features is the ability to authenticate with your Mac via Apple Watch. Since the Mac lacks Face ID and desktop Macs have neither Face ID or Touch ID, being able to quickly authenticate via a double press of the Apple Watch Side button is a keystroke saver.

Although there are some good examples of Catalyst apps, I’m still not totally sold on the idea of iPad apps running on the Mac via Apple’s so-called one-click Xcode solution. Many of the Catalyst apps I tried felt weird, with odd design paradigms that didn’t lend themselves well to cursor input. I realize that it’s still very early, so I’ll give Catalyst, and the apps made possible by it, time to mature.

What do you think about the new features in macOS Catalina? Sound off down below in the comments with your thoughts, observations, and opinions.