Initial MacBook Air benchmarks show up to 63% faster than predecessor, but not as fast as 2018 iPad Pro

The new MacBook Air landed this week with the updated Magic Keyboard, double the storage, new processors, and a starting price of $999. We saw the first round of reviews go live today with lots of positive feedback overall for Apple’s affordable notebook and we’ve also got our first look at how the new MacBook Air performs with some initial benchmark results.

When it announced the new MacBook Air, Apple highlighted that it features “up to 2x faster CPU performance and up to 80 percent faster graphics performance, to help you power through everything from browsing the web to playing games to editing video.” That’s with the top-tier 10th-gen Intel i7 so the performance improvements won’t be the same with the i5 or i3 Intel chips.

Jason Snell shared a great, detailed review over at Six Colors today that includes some results from his Geekbench testing, not only comparing the 2020 MacBook Air with the i5 processor to the previous MacBook Air and MacBook models but also to the 2018 iPad Pro. 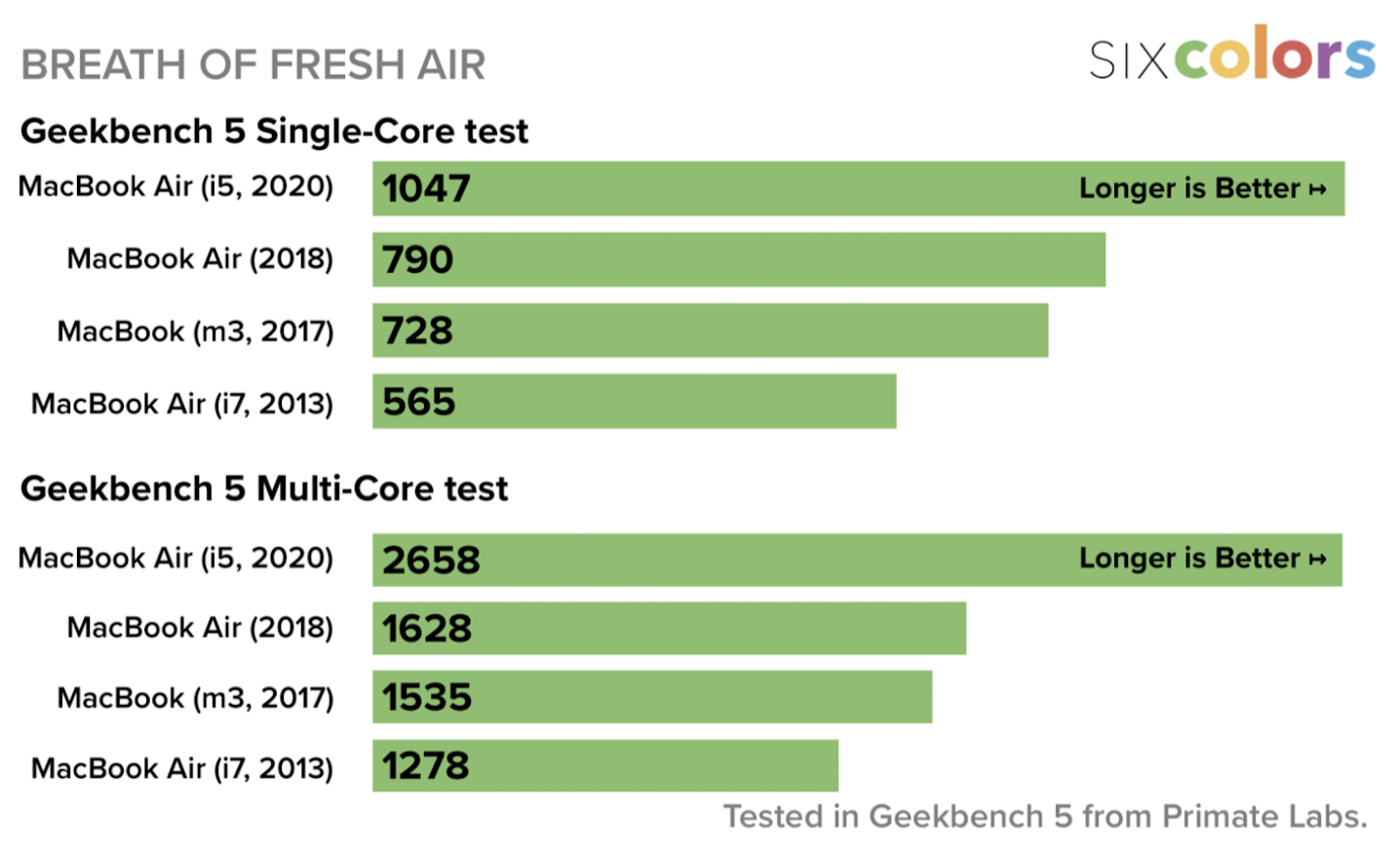 But more interesting was how the A12X from the 2018 iPad Pro outperformed the 10th-gen Intel i5. The MacBook Air was close to matching the old iPad Pro in the single-core test but the iPad blew it away in multi-core testing with 73% faster performance.

We’ll find out soon how much faster the A12Z performs in the 2020 iPad as well.

Jason highlighted even considering the different platforms, the power difference foreshadows what’s to come as Apple is expected to release its first ARM-based Mac next year.

Even if we accept that macOS and iPadOS are different beasts and that a Mac built around Apple’s own A-series processors wouldn’t necessarily score quite as high, it’s a clear sign that Apple’s state of the art iPad processor from 18 months ago is faster than the mid-range MacBook Air processor today.