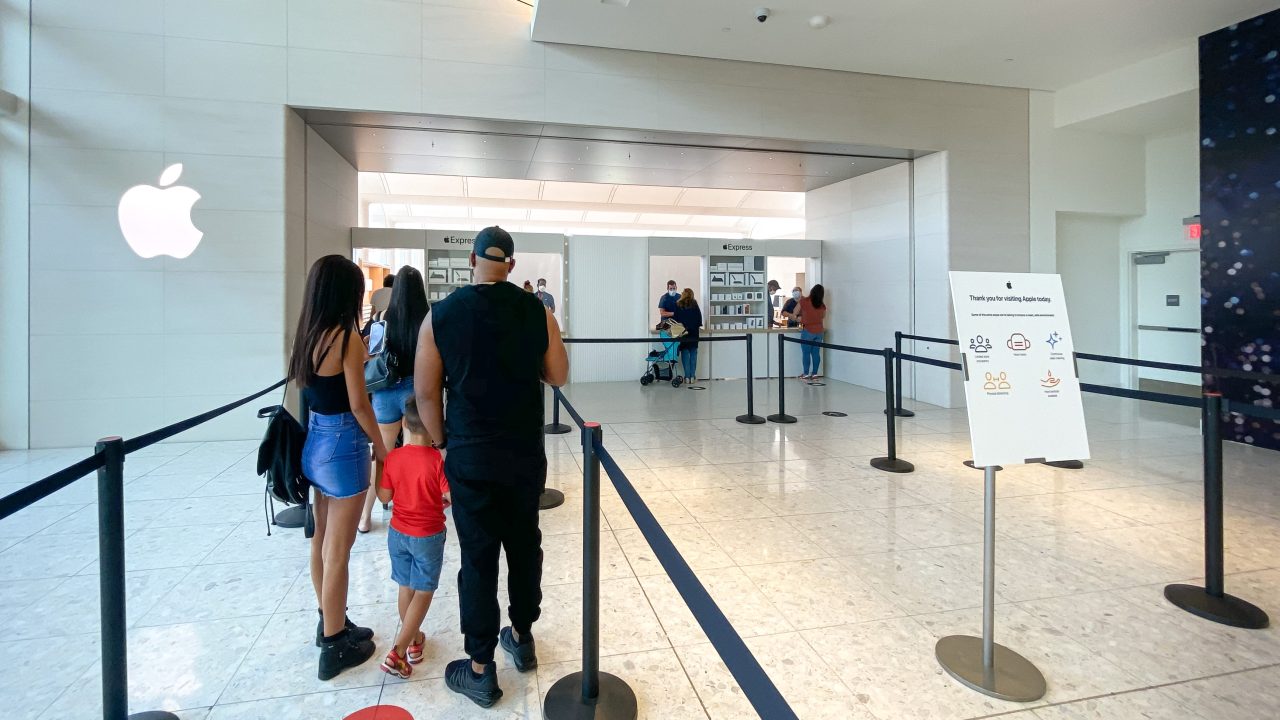 Apple is significantly expanding its new Express Storefront pickup service to help safely serve customers in regions where full in-store service cannot resume due to COVID-19 conditions. The new accommodations arrive as Apple prepares to enter its busiest product launch season of the year. The iPhone 12, 12 Pro, 12 mini, new iPad Air, MagSafe accessories, and HomePod mini will all be available by mid-November.

As of October 18, more than 90 percent of Apple’s 271 US stores have reopened. All but 14 locations outside of the US have resumed service in some capacity.

After initially closing, reopening, and closing many stores again due to the pandemic, Apple has gradually opened most locations a second time, often by appointment only. Many customers unaware of the reopenings have been surprised to find that iPhone 12 orders can be picked up at their local stores once again.

At least 23 Apple Stores in 8 US states, 3 in France, 2 in the UK, and 1 in Canada have adopted Apple Express Storefront layouts ahead of the October 23 iPhone launch. 13 of these stores are reopening between October 18 and 20 in US states that have struggled with a resurgence of COVID-19 cases. The Express format helps Apple maintain safety without abandoning customers or encouraging extra travel to the next nearest open store.

The Apple Express Storefront design was piloted in September in Burlingame, California. Stores with the Express format include a temporary wall at their entrance or a kiosk outside, product display shelving, and sales counters with plexiglass shields. Service is limited to pickup of online orders and Genius Support by appointment. Shopping appointments are unavailable and customers may not enter the main store area at Express locations. Pickup methods for each store location are described in the Apple Store app.

If you’d like to try the latest iPhones for yourself, scheduling an appointment to Shop with a Specialist is still the best way to guarantee one-on-one assistance and less time waiting in line at Apple Stores that offer the service. Keep in mind that a shopping appointment does not reserve a product to purchase or Genius Support. In many cases, Express Delivery from the Apple Store online will be the easiest way to receive an order.