Should you buy the new Apple TV 4K? Here’s how it compares to its predecessor 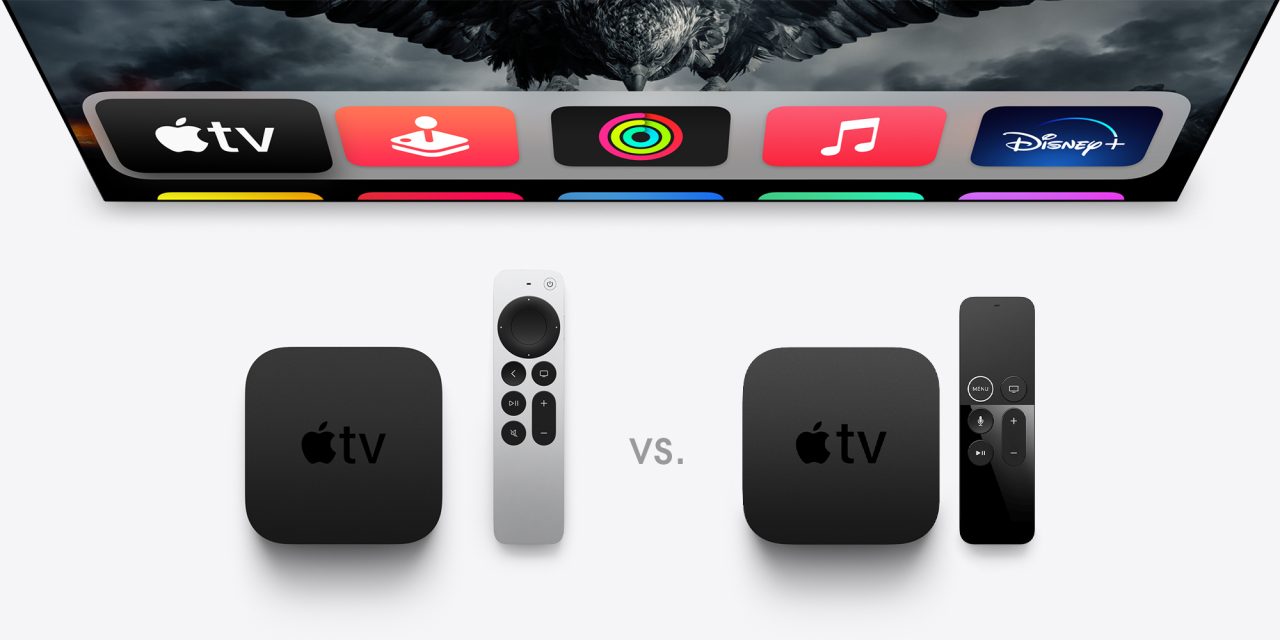 The second-gen Apple TV 4K has arrived, and it comes with a number of upgrades, including the A12 chip, HDMI 2.1, Thread, high frame rate HDR, a totally redesigned Siri Remote, and more. Follow along for a look at the new Apple TV 4K vs. the old Apple TV 4K.

The original Apple TV 4K launched back in 2017 with the A10X chip and almost the exact same Siri Remote included with the 2015 Apple TV HD. While the 2017 Apple TV 4K debuted with support for modern features like Dolby Atmos, Dolby Vision/HDR10, and more, no changes for almost four years meant the set-top box was well past due for an upgrade – especially at a $179 starting price.

Along with adopting the latest standards like HDMI 2.1, Thread, WiFi 6, and more, a major change with the new Apple TV 4K is the updated Siri Remote with an aluminum design, new five-way navigation clickpad, ability to control TVs and receivers, and more.

Apple says the move to the A12 Bionic chip with the new Apple TV 4K enables high frame rate support for HDR and Dolby Vision at 60 fps for a more smooth and lifelike viewing experience.

Meanwhile, storage options remain the same at 32 or 64GB.

Input/output is a big area of improvement for the new Apple TV 4K. The move to HDMI 2.1 is very notable as it more than doubles the bandwidth of HDMI 2.0’s 18 Gbps to 48 Gbps. That spec allows for support up to 10K resolutions at 120 fps. While Apple isn’t taking advantage of that for now, that means there’s some future-proofing with the hardware, and Apple could push software updates in the future to unlock improved performance.

It’s also good to see WiFi 6 support and Thread arrive on Apple TV 4K. That means you don’t need a HomePod mini to take advantage of Thread for HomeKit devices and, of course, can leverage faster internet speeds with the latest WiFi 6 routers.

Beyond those changes, the main upgrades with the new Apple TV 4K are the high frame rate support for HDR/Dolby Vision and the overhauled Siri Remote.

The new Siri Remote comes with a redesigned 5-way clickpad. But it still works with touch gestures for quick control. The outer ring is also handy for seeking backward and forward.

The Siri button has been moved to the side – just like modern iPhones – and now there’s a dedicated power and mute button with the Menu button renamed to a “<” (back) button.

The remote itself is a touch skinnier, taller, and thicker than the previous Siri Remote. Another useful feature is support for controlling TVs and receivers via CEC. That was available with the old Siri remote but the dedicated power button makes this much more convenient with the new Siri remote.

However, one downgrade is Apple removing the accelerometer and 3-way gyroscope with the new Siri Remote. It’s probably assuming people who like to game with Apple TV are likely to use an Xbox or PlayStation controller.

The new Siri Remote comes with the new Apple TV 4K (Apple TV HD too) and will also be sold separately for $59.

While Apple continues the trend of being priced much higher than its 4K streaming competitors like Roku, Amazon Fire, and more, the company is likely counting on customers who are fully committed to the Apple ecosystem being willing to pay the premium.

New features coming to Apple TV HD and later with tvOS 14.5 is a new color balancing feature that works with iPhone and Siri voice support coming to Austria, Ireland, and New Zealand.

If you already have a 2017 Apple TV 4K, the decision to upgrade may be a bit more difficult. But if you have a 2015 Apple TV HD or don’t have one at all, the new Apple TV 4K will be a compelling purchase if staying fully in the Apple ecosystem is an important factor.

However, you’ve also got the alternative of just buying the new Siri Remote, which works with the Apple TV HD and both generations of Apple TV 4K.

But if features like 4K, HDR, etc. are top priority and tvOS isn’t, you can always pick up a streaming device like the Roku Premiere for under $40 (even includes the Apple TV app).

The 2021 Apple TV 4K is available to order now with the first delivers starting on May 21.