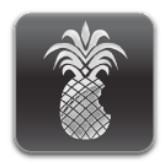 Of course, just like the rest of us, the Dev Team was waiting-by during yesterday’s event to give us an update on the jailbreaking situation following any announcements. Very briefly during the event, Apple told us iOS 5.1 would begin rolling out. The major takeaway of the announcement was Siri support for Japanese users. Over on the Dev-Team Blog, the team outlined everything you need to know about jailbreaking and updating to iOS 5.1. They also confirmed redsn0w is capable of a tethered jailbreak for non-A5 devices. Here is what you need to know:
END_OF_DOCUMENT_TOKEN_TO_BE_REPLACED