As 9to5Mac’s Gui Rambo first reported this spring, Apple is working on a Tile-like tracking device that will allow users to keep tabs on personal belongings with the help of the revamped ‘Find My’ app. Now, ahead of Apple’s iPhone event next week, Tile is sending out Bose headphones (with its embedded tech) to the media like Bloomberg with a little pitch about not forgetting the company.

END_OF_DOCUMENT_TOKEN_TO_BE_REPLACED 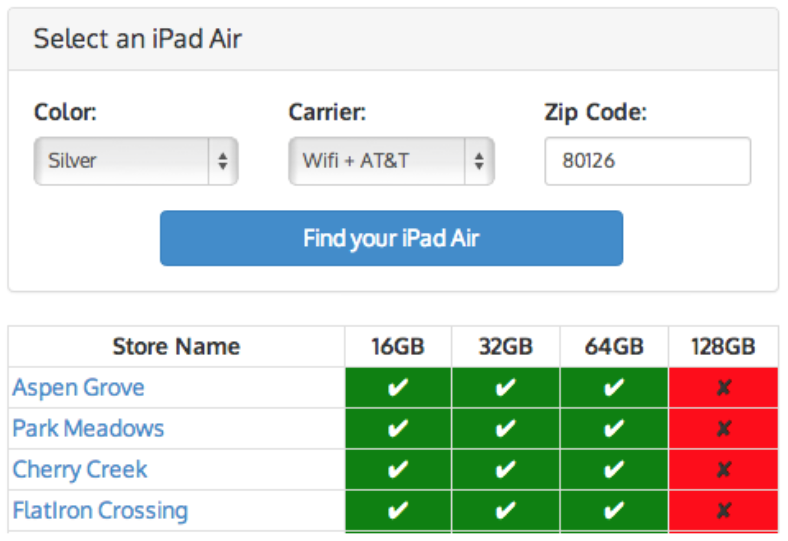 The handy Apple Tracker site that allowed people to check Apple Store availability for new products has closed its doors after receiving a DMCA takedown notice from Apple.

I’ve decided to turn off the site. I’m not doing this because I want to, but rather because I received a DMCA takedown notice (you can see the full text below) from Apple. I’m not really interested in picking a fight with apple so … I guess it time to just say good bye …  END_OF_DOCUMENT_TOKEN_TO_BE_REPLACED