Duolingo, the fun language-learning app for iPhone and iPad, beautifully redesigned for iOS 7

Duolingo for iPhone and iPad joined the collection of apps designed with iOS 7 in mind today with the release of Duolingo 3.

Duolingo is a free iOS app that makes learning a second language like Spanish or French easy and fun, and its redesign for iOS 7 is certainly delightful.

We don’t always redesign the app for iOS 7, but when we do, we prefer to go the whole way. From an entirely new look to exciting end screens showing your weekly progress, Duolingo has been completely redesigned for iOS 7. It’s faster, better, and more fun!

You can find Duolingo for free on the App Store. 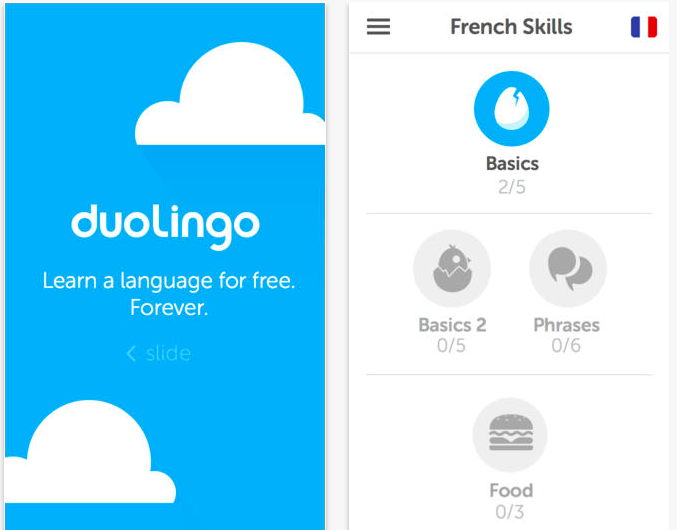 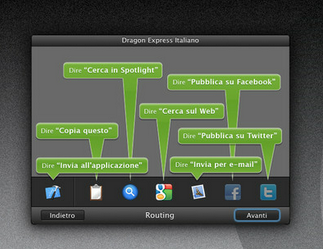 Nuance announced it is releasing the Dragon Express Mac App Store app today to seven new countries in three new languages. Originally released last year, the app is now available in the following countries for around $50:

According to iPhonehellas [translated], Nuance also held a press event today in Greece to announce the availability of Dragon Dictation for June 6.

The full press release from Nuance is below:

Released in late 2011, Dragon Express quickly rose to the top of the charts in the Mac App Store. It’s a fast, hands-free way to quickly turn speech into text, whether sending email, surfing the Web or posting an update to Facebook and Twitter. Dragon Express is priced to provide people with an opportunity to experience the power and performance of speech recognition.

“The excitement for Dragon Express has been overwhelming, and we’ve heard our customers’ requests for additional language support,” said Peter Mahoney, chief marketing officer, senior vice president and general manager, Dragon, Nuance Communications. “We know that people around the world are embracing speech as a useful and fun interface, and we’re excited to bring the Dragon Express app to a broader worldwide audience.”

Dragon Dictate, the most full-featured and advanced speech recognition software for Mac OS, was recently updated to version 2.5. Dragon Dictate 2.5 includes many features beyond those in Dragon Express. These features include the ability to dictate directly into applications, edit, format and correct recognition errors by voice, open and close applications by voice, control the mouse by voice, create custom voice commands and support for the Dragon Remote Mic app for iPhone.

Sparrow to charge for push notifications with yearly subscriptions 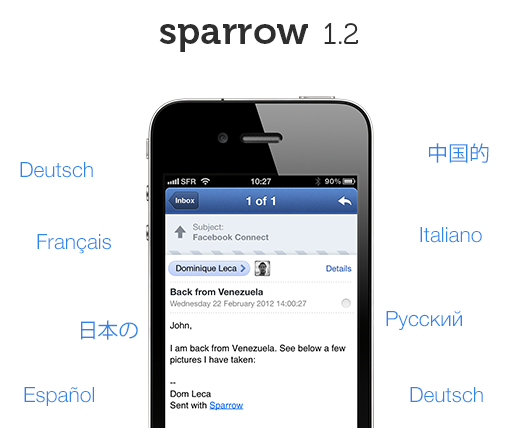 The last we heard, iOS email client Sparrow said push notifications were coming “with or without” Apple. Apple has decided not to extend the privilege of VOIP apps to Sparrow, which, due to latency issues, are allowed to keep an open network connection in the background for processes like notifications. The alternative forces non-VOIP, third-party apps—such as Sparrow– to send push notifications from its own servers. The company initially said it would not implement push notifications due to security and cost concerns, but confirmed in a blog post today, while announcing Sparrow v1.2, that it will soon offer push through a yearly subscription: